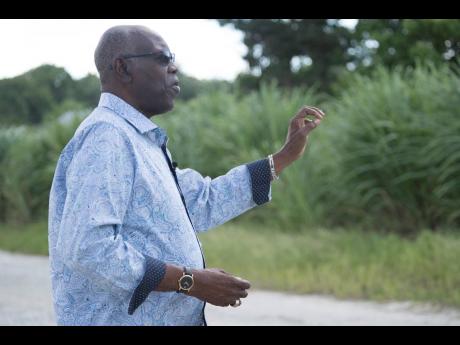 Former parliamentarian Dr Fenton Ferguson is to undertake a real estate development in St Thomas, his first project in the residential housing market after losing his seat to Dr Michelle Charles in the 2020 general election. He will be constructing...

Former parliamentarian Dr Fenton Ferguson is to undertake a real estate development in St Thomas, his first project in the residential housing market after losing his seat to Dr Michelle Charles in the 2020 general election.

He will be constructing around 26 to 50 residential units, according to filings with the National Environment and Planning Agency, NEPA.

Before his entry into politics, Ferguson said he and three partners had done a development in the St Thomas capital of Morant Bay, but that he had conducted no business since he entered politics in 1989.

“Where we are developing now, myself and a partner have had this property from 1987, before I entered politics. But I wanted to complete my tenure before going back in the real estate market,” he told the Financial Gleaner.

The new development which is located in Fenco Gardens, St Thomas, is being co-funded by the private partner, Ferguson said.

Ferguson entered representational politics in 1989 and in 1993, he was elected member of parliament for St Thomas Eastern. He has held that seat over five consecutive general elections, making him the longest-serving MP for that constituency.

Despite coming under fire for the chikungunya virus spread in 2014 and the death of 19 babies from infections in hospitals, Ferguson rallied to a sixth term as member of parliament.

He exited politics after his defeat in 2020.

The demand for housing in Jamaica far outweighs the available stock, making the sector attractive to investors.

The project being done by Ferguson still has hurdles to clear.

“It’s a small project that myself and partner had for quite some time, but we are at a very sensitive point in the approval of the project. And while I would like to speak on the details of the project, now is not the right time,” he said.

Ferguson submitted an application to NEPA for the approval of the residential development in March 2022. So far, an internal review by NEPA has been completed, but a board decision on the issuing of a construction permit is pending.