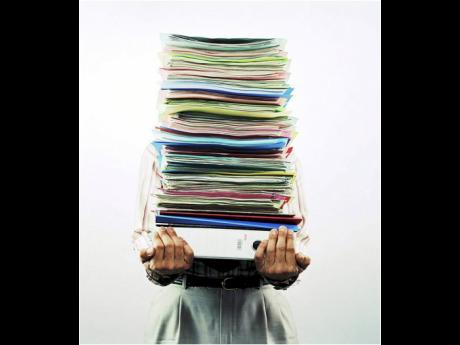 Management’s mindset tops the list of challenges in effectively implementing remote work arrangements locally, which requires an environment of trust. The issue, which came to the fore at a forum hosted by the Jamaica Productivity Centre, JPC, has...

Management’s mindset tops the list of challenges in effectively implementing remote work arrangements locally, which requires an environment of trust.

The issue, which came to the fore at a forum hosted by the Jamaica Productivity Centre, JPC, has put the microscope on managers who are used to ‘walking around’ to check up on workers and are finding it difficult to adjust.

Since the adoption of remote and flexible work arrangements two years ago, under the pandemic, companies have been weighing whether to make them more permanent.

The focus has been on drafting policy and using test groups for blended in-office and remote-work arrangements.

What has not been so widely discussed is the training that managers and supervisors may need for them to pivot from a hands-on management approach to a style that holds individual employees more accountable for their performance.

“Mindset can be changed through having managers focus more on performance and results. That is, there needs to be a results-based management system in place. Management sometimes miss the mark by focusing on time spent at the desk rather than on results,” said Jon Messenger, team leader for the Conditions of Work and Equality Department of the International Labour Organization at the JPC forum.

“But there some workers who might not be comfortable with that either. They are accustomed to going into the office, putting in their eight hours, and that’s it. But that’s not good enough,” he said.

Early into the COVID-19 pandemic, the Human Resource Management Association of Jamaica, HRMAJ, wrote a ‘work from home’, or WFH, policy template and distributed it to businesses through the Private Sector Organisation of Jamaica and to some Caribbean countries.

Its work on encouraging organisations to focus on managing by results and deliverables came later on in the process.

“We have had discussions with companies who have put technological mechanisms in place to ensure work from home is effective. We are willing to share our knowledge with those who need more information on this issue,” Lois Walters, president of the HRMAJ, said via email to the Financial Gleaner.

She added that managers trusting WFH employees strongly depends on the company culture and their openness to change and that some organisational cultures are more open to change than others.

“Those open to change tend to empower their leaders and push the decision architecture down to the front-line staff. Once this is a norm in the workplace, it is easier for managers to trust their employees to carry out the assignments given to them,” Walters said.

But in defending the minimal focus on sensitising managers and supervisors to a shift in mindset from ‘walk around’ management to an approach of trusting employees, Eaton Cummings, HR manager at National Commercial Bank, NCB, reasoned that adjusting to new workplace norms would be different for companies that are used to operating with floor supervisors.

He argued that most of the organisations that have implemented remote-work arrangements for the majority of their staff already had a hands-off management approach.

“Many of the employees that are now on remote work were operating under performance-based management even before the outbreak of COVID. So when the pandemic came, it was pretty easy for us to make that switch to remote work because our managers were already accustomed to evaluating staff based on internal performance metrics that we’ve had in place for years,” Cummings said.

“Surely we have had to do some training with management and staff, but that was more around soft skills like dealing with team members’ mental health during a pandemic and understanding the need for greater work-life balance,” he said.

NCB started out with roughly 30 per cent of its staff working remotely when the pandemic struck but gradually moved that number to 62 per cent of its entire workforce. It is one of the companies that says it has found alternative work arrangements favourable to both the organisation and employees’ work-life-balance.

A survey conducted by the JPC midway into the pandemic found that the majority of businesses participating in alternative work arrangements found the productivity level of staff to be either somewhat or very effective, but only a minority expressed interest in continuing full WFH arrangements after the pandemic passes.

Of the 81 firms surveyed by the JPC on the impact of alternative work arrangements on productivity, 43 per cent indicated that the implementation of WFH arrangements proved very effective for business operation, another 49 per cent found the arrangement to be somewhat effective, while six per cent felt it was somewhat ineffective, and two per cent very ineffective.

Employers who indicated that flexible working arrangements did not help productivity reported that the proper infrastructure was not in place to facilitate remote work. They also cited difficulty in coordinating activities with employees, challenges with employees accessing restricted files, inconsistent monitoring of work activities, and a lack of work discipline by some employees.

Business process outsourcing company itel had staff members from its United States operation working remotely pre-COVID. Three months into the pandemic, the company moved nearly half of its group operation – both locally and overseas – to remote work and managed its staff based on internal standards and metrics.

That will soon be reversed.

“Across the group, about 45 per cent of our staff is working from home, but we are moving about 20 per cent of that staff back into office due to client request and productivity [issues],” itel Chairman Yoni Epstein told the Financial Gleaner.

Epstein said that due to itel’s regular assessment of its entire workforce along with the deployment of additional supervisors to manage and engage with remote team members, the company had found its work-from-home arrangements to be 75 per cent effective. But issues with Internet connectivity and inconsistent power supply made it difficult for those arrangements to be maintained.

“Our biggest issue isn’t our internal practices. It is the reliability of the team members due to utilities,” he said.

The JPC in its forum also red-flagged the lack of ICT tools and tech-knowledge base of employees and management to facilitate ‘teleworking’ as another challenge that needs to be addressed. So, too, did the HRMAJ.