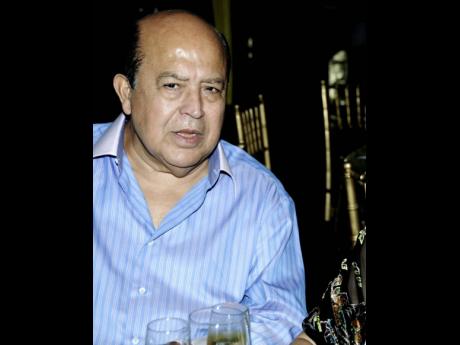 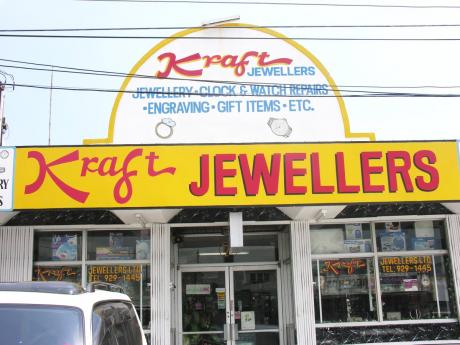 File
The storefront of Kraft Jewellers at Premier Plaza in Kingston.
1
2

Kraft Jewellers, a business that is majority owned by businessman Winston Mair and which occupies a storefront at Premier Plaza in Half-Way Tree, Kingston, is going out of business.

The jewellery and small appliances store which was incorporated in 1981, is the latest of its kind to announce permanent closure in a market that is now much different when compared to conditions that existed when the business opened its doors 41 years ago. It joins Mall and Tropical Jewellers, similar businesses that once operated at Mall Plaza and Tropical Plaza, in close proximity to Kraft, as like businesses that have shuttered over the past 10 years.

Two years after the restructuring, however, Tewani took the decision to exit the jewellery business altogether. So, too, have other local jewellery retailers. In recent years, jewellery shops have tended to diversify their revenue streams by retailing appliances and gift items.

Traditional jeweller Swiss Store in downtown Kingston, known for its European-made watches, has been among those to have restructured their business model by downsizing the jewellery operation to focus on goods or services that would bring heavier foot traffic.

For Swiss Store, that switch meant designating about two-thirds of its space to an in-house eatery, called F&B Downtown. The restaurant operates as a separate business. Swiss Store has over the years seen declining sales from dwindling patronage by Jamaican and overseas visitors to the downtown Kingston area. Such businesses have also suffered from the mushrooming of cheaper electronic watches that have flooded the formal and informal market and are sold by various general merchandise retail outlets.

Like Swiss Store, Kraft Jewellers also sells and repairswatches, but also deals in fine jewellery and a wide variety of gift items.

Now, after decades in the business, Mair is retiring and does not see much future for that type of business,

“I’m 83 years old. It’s time for me to take a break,” Mair told the Financial Gleaner, but did not wish to say much more on the matter.

Kraft Jewellers launched a closing down sale on May 1, steeply discounting items with the aim of emptying its inventory quickly. The business was still open and the sale in progress up to Wednesday.

Having been down that road before, Tewani understands only too well Mair’s position. The Former Mall and Tropical Jewellers owner hung up his hat from the jewellery market a decade ago and has since reinvested his gains from the industry into real estate, largely providing lease space to business process outsourcing tenants.

But the businessman, who operated in the jewellery space for a long time, still worries about the future of the trade. Much of this worry, he says, is centred on Jamaica’s high levels of crime and violence and rapidly escalating prices.

“People are not buying gold and diamond jewellery as much as back in the day because they are afraid to wear them. Robbers are snatching their chains or holding them up, and a lot of people also cannot afford to buy these items. Gold is quite expensive,” Tewani told the Financial Gleaner.

He conceded that many persons are not yet willing to completely ditch jewellery items that are said to lift spirits, boosts confidence, and provide feelings of joy and satisfaction. Some consumers, he suggested, have turned to less expensive, gold-filled jewellery, moissanite or white sapphire minerals and laboratory-grown diamonds.

“It’s more affordable and if someone wants to snatch their jewellery, it won’t be a big loss. Jewellery theft is a global problem. All over the world, people have decided not to wear their jewellery in public, or to wear something that is cheaper. But in Jamaica, you have to be a lot more careful because of the growing market and illegal trade in jewellery,” Tewani said.

The problems concerning crime and violence extend beyond consumers, he noted, as store owners have also had to make significant investments in security systems. He said features designed by some jewellery sellers to separate themselves from the competition, such as outside displays,, have had to be abandoned because of security concerns.

“When I was in business, sales used to be very, very good (initially). We would carry some of the finest jewellery to cater to different budgets. But things started to change. We had to get grilles, security systems, and we had very strict opening and closing hours,” he said.

Tropical Jewellers was reportedly robbed of millions of dollars worth of merchandise in 2011, just ahead of the restructuring.

More recently, a manhunt was launched last month for two armed robbers who reportedly shot and killed a popular jeweller at his store in downtown Montego Bay, while robbing him of various jewellery items.