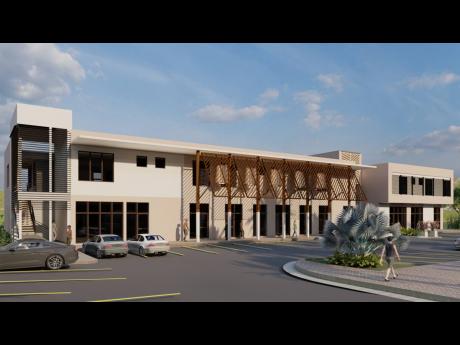 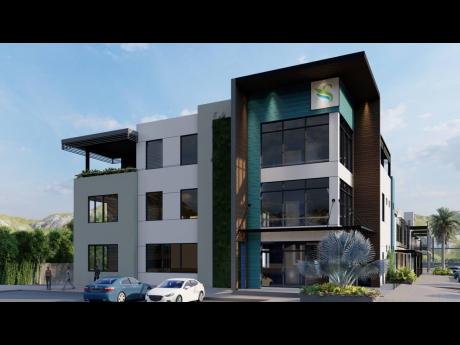 Sagicor Group Jamaica is nearing completion of the New Brunswick Village commercial and residential complex in Spanish Town, St Catherine, the first project it has undertaken through Bailey Williams Limited, a company it co-owns with minority partners, including former chairman R. Danvers Williams.

The precise price tag on the project which spans 40 commercial units and 89 residential spaces, which is a combination of two-bedroom town houses, studios, along with one- and two-bedroom apartments, was not disclosed, but it’s said to be a multimillion-dollar investment.

Construction on the 12-acre land on Brunswick Avenue in Spanish Town began in 2020, a year after Sagicor purchased a 70 per cent shareholding in Bailey Williams – a start-up real estate development venture at the time – through subsidiary Sagicor Life Jamaica Limited. Based on the latest annual returns filed by Bailey Williams Limited at the end of July, other shareholders include businessman Danny Williams’ company, Ravers Limited, with nine per cent interest; businessman John Bailey’s company Jorden Investments Limited, with nine per cent interest; former Sagicor Group executive Donovan Perkins, with six per cent; and Developments by Cimarron Limited, a company controlled by Gregory Mair, holding the other six per cent.

The partners are now in the final stages of the mixed-use development and expect to begin handing over keys to the commercial units later this year, and residential units by April 2023.

So far, Sagicor has said that a Sagicor Bank branch will be one of the businesses with a storefront on the commercial complex, and that it intends for other businesses within the Sagicor Group to have a presence in the complex in the near future.

The property, which will be managed by Sagicor Property Services, the real estate management arm of Sagicor Group Jamaica, has also secured commitments from pharmaceutical company RA Williams Distributors Limited, along with Island Grill, as anchor tenants at the location.

The property management company is said to be in negotiations with other potential tenants.

Sagicor has not said whether applications for the residential units are open and just how much commitments it has received from prospective homebuyers. The price of the housing solutions was also not disclosed, but Sagicor has said that the development is being pitched at middle-income families.

“We’re very pleased to be able to bring this development to the market in a time when many persons are looking for residential options that are accessible and well-connected to the corporate area [Kingston and St Andrew], but do not want to, or cannot afford to live inside the metropolis,” said Sagicor Group’s Senior Vice-President of Group Treasury and Asset Management, Donnette Scarlett, in a statement released on Wednesday.

“This development will also provide great value to businesses who are looking to have a stronger presence in Spanish Town, as well as consumers,” she said.

The Brunswick Avenue project is the second mixed-used development Sagicor has undertaken over the past few years. Prior to Brunswick, Sagicor built a commercial complex in Mineral Heights, Clarendon, and after testing its viability amid the COVID-19 pandemic, said last year it would begin to move ahead with construction plans for the residential side of the complex.

Sagicor has yet not revealed the scope and launch date for the Mineral Heights residential development, including the number of housing units, nor the market segment targeted.