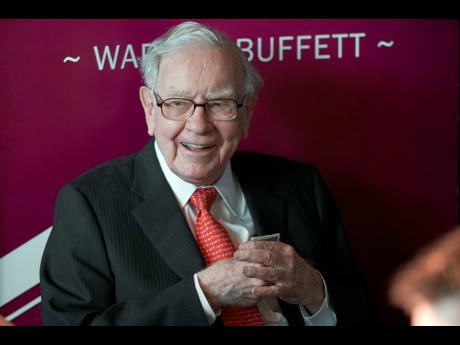 Warren Buffett’s company reported a US$43.76-billion loss in the second quarter as the paper value of its investments plummeted, but Berkshire Hathaway’s many operating companies generally performed well, suggesting the overall economy is weathering the pressure from inflation and rising interest rates.

The stock prices of three of Berkshire’s biggest investments — Apple, American Express and Bank of America — all fell significantly during the second quarter. But those stocks have all rebounded during the third quarter, meaning Berkshire’s portfolio is already worth more than it was at the end of the quarter.

The four analysts surveyed by FactSet expected Berkshire to report operating earnings per Class A share of US$4,741.64.

Besides investments, Berkshire owns more than 90 companies outright. Berkshire said operating profits were up at all of its major units, including its insurance companies, major utilities and BNSF railroad. The strong results at most of its companies offset a US$487-million pre-tax underwriting loss at Geico, which reported bigger auto claims losses because of the soaring value of vehicles and ongoing shortages of car parts.

CFRA Research analyst Cathy Seifert said Geico’s results suggest the auto insurer is having more trouble raising rates to offset those higher costs than its peers at Progressive and Allstate, so “I definitely think that merits watching”.

Berkshire is often seen as a microcosm of the broader economy because its eclectic collection of manufacturing, retail, insurance, utility and service businesses touches so many different industries, and Berkshire’s profits tend to follow whatever the economy is doing. Edward Jones analyst Jim Shanahan said Berkshire’s strong operating results suggest that many businesses have been able to raise prices enough to offset surging inflation, and even though higher interest rates are hurting Berkshire’s network of car dealers and its manufactured home division, other parts of the company are benefiting from higher rates on investments.

“This is a business that has its tentacles in all different parts of the economy. To show such broad revenue and earnings strength throughout the franchise, it gives me a lot of confidence that the broader economy is performing pretty well,” Shanahan said.

Berkshire said its revenue grew more than 10 per cent to US$76.2 billion in the quarter, as many of its businesses increased prices.

Berkshire said it was sitting on US$105.4 billion in cash at the end of the quarter, which was little changed from the US$106 billion it reported at the end of the first quarter. That signalled Buffett wasn’t buying nearly as many stocks during the second quarter, although it has reported investing several billion in Occidental Petroleum. In the first three months of the year Berkshire spent more than US$51 billion on stocks.

Berkshire did spend US$1 billion buying back its own shares in the quarter, but the pace of those buybacks has slowed significantly. Berkshire repurchased US$3.2 billion of its shares in the first quarter and US$27 billion last year. Before this year’s buying spree of stocks, such as oil producers Occidental and Chevron, and printer maker HP Inc, repurchases had been Buffett’s biggest investment in recent years as he struggled to find major acquisitions.

Berkshire’s acquisition drought ended this year when he signed a US$11.6-billion deal to acquire the insurance conglomerate Alleghany.

One interesting tidbit disclosed deep in Berkshire’s US Securities and Exchange Commission filing is that the company bought Berkshire Vice-Chairman Greg Abel’s stake in Berkshire’s utility unit for US$870 million in June. Abel is set to take over as Berkshire CEO once Buffett is unavailable, although the legendary 91-year-old investor has no plans to retire. The filing offered no indication of what Abel would do with the money, including whether he would reinvest it in Berkshire shares.