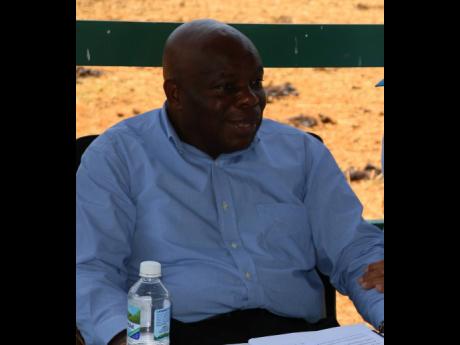 State agency Agro-Investment Corporation, AIC, is on the hunt for investors or farmers to plough lands spanning 586 acres in Unity, St Mary, the lease proceeds from which are expected to flow to property owner National Housing Trust. The AIC on...

State agency Agro-Investment Corporation, AIC, is on the hunt for investors or farmers to plough lands spanning 586 acres in Unity, St Mary, the lease proceeds from which are expected to flow to property owner National Housing Trust.

The AIC on Wednesday published a notice stating that it is now seeking applicants to farm the land, which it says is suitable for ackee, coconut, or a breadfruit orchard on the heels of successes it had with one of its most recent calls for investors to plant mango orchards on 1,000 idle sugar cane lands in Toll Gate, Clarendon, for which it received 55 applications but was only able to accept 13 to fill the available space.

Interested applicants seeking to be considered as an investor or farmer of the property have until September 29 to submit a business plan.

In return, the AIC, which has management responsibility over the lands, is promising returns of 20-25 per cent on investments in the property as well as market linkage to local and international markets such as the United States and the United Kingdom, business planning and business counselling services, and technical advice and support.

The AIC says it will also make ackee and breadfruit seedlings available to the successful applicants. The AIC typically offers renewable lease arrangements spanning 25 years with conditions that investors bear the cost of preparing the land for cultivation and putting the crops in the ground.

The property being leased forms part of lands the NHT has had sitting idle since its purchase back in 2003, according to documents pulled from the land titles division of the National Land Agency by the Financial Gleaner.

But the AIC, in response to queries about the land, said that it was not aware of the property it was advertising for lease being Unity Farms.

Unity Farms was the centre of a controversy after a performance-audit report on the NHT by the Auditor General’s Department in 2016 named the property as one of two ill-advised purchases by the NHT. The other is located in Ironshore, St Mary.

“We are not aware of this property being referred to as Unity Farms. The advertisement was placed for 586 acres of land registered at volume: 1234 folio 498, which forms part of a property owned by the National Housing Trust for which Agro-Investment Corporation has management authority,” the AIC said.

The report from the auditor general highlighted that the NHT’s board ignored the advice of its technical team and purchased 733 acres of land at Unity Farms, St Mary, for $62.5 million and that in a bid to recoup monies spent on the property, the Ministry of Agriculture invited the NHT to dialogue with the Coconut Industry Board for possible sale of the land for an agro-park venture in 2015.

An environmental impact assessment study commissioned by the NHT after the acquisition confirmed the technical findings that the property was not feasible for housing development as the land could only be subdivided into lots of five acres and over.

An offer by the Coconut Board to purchase the land for $35 million was rejected by the Government during Prime Minister Portia Simpson Miller’s administration.

The Coconut Board, in making the offer, said the property was worth no more than $35 million, given that it had absolutely no infrastructure, but upped the offer when the initial bid was rejected.

The property was put back on the market in late 2016.

Two years later, the agriculture ministry gave the Coconut Board the green light for the acquisition of the 1,028-acre Water Valley Farm, the Richmond Cocoa Fermentary, and the Unity Valley Farm, all in St Mary, as part of a $3-billion expansion plan for the industry.

But the plans changed in 2021, and negotiations for Water Valley, the most advanced proposal, was scrapped. Instead, the coconut agency said it would consider utilising leased lands to increase crop coverage as opposed to purchasing properties.

Ownership of the property remains in the hands of the NHT.