Mohamed El-Erian | The cost of the Fed’s challenged credibility 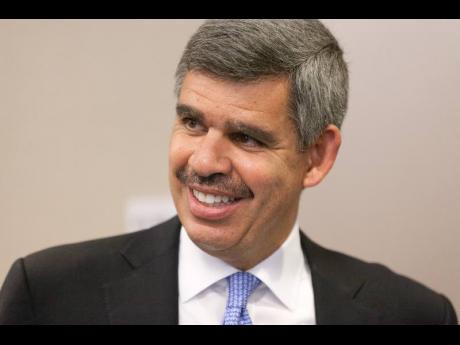 Financial markets’ reaction to the US Federal Reserve’s latest policy move was reminiscent more of developing countries than of the world’s most powerful economy.

Given that the Fed is the world’s most systemically important central bank, this is more than just a curiosity. It has implications for America’s economic well-being – and that of the rest of the world.

On September 21, the Fed reinforced its two-month-old ‘HFL’ approach of pushing interest rates higher, faster, and for a longer duration than previously anticipated. It implemented an unprecedented third successive 75-basis-point rate increase, and sent a strong signal that hikes totalling another 125 basis points are on tap for the year’s last two policy meetings. It also signalled that the possibility of a ‘pivot’ to lower rates is unlikely before 2023.

The Fed’s revision of its economic projections painted a darkening picture for the United States and most other economies. It is forecasting not only lower growth but also, and more surprisingly, higher inflation – something that it has done repeatedly in recent quarters.

The Fed’s latest moves are consistent with a central bank that is continuously scrambling to catch up with realities on the ground. It is the kind of thing that one typically finds in developing countries with weak institutions, not in the issuer of the world’s reserve currency and the custodian of the world’s most sophisticated financial markets – where many other countries and companies entrust their savings.

The comparison is even more troubling when one considers what the recent market turmoil implies. For starters, markets see a central bank that, as hard as it tries, is still struggling to catch up with both market expectations and what is needed to contain cost-of-living pressures. Having been consistently pushed by markets to do more – and for good reason, given that core inflation is running at 6.3 per cent and still rising – the Fed’s latest policy actions duly caused another sharp reduction in prices for both stocks and bonds.

Second, markets see a central bank that expects to cause more collateral damage as it tries to meet its inflation target. Fed Chair Jerome Powell said as much this month when he continued to distance himself from the possibility of a soft or ‘softish’ landing, as he once put it. Powell has now repeatedly signalled more ‘pain’ ahead, implying an uncomfortably high probability of recession. The market appears to agree with this outlook: the yield curve is inverted, with the yield on 10-year Treasury bonds having fallen to around 40 basis points below that on two-year bonds.

Ominously, these market signals indicate that the United States economy – and therefore the global economy – lacks both a monetary-policy anchor and a sufficiently credible central bank. As a result, the US needs more monetary policy tightening than it would have if the Fed had reacted in a timely and credible fashion. That will indeed produce ‘pain’ in the form of foregone growth – actual and potential – and higher unemployment, which will hit the most vulnerable segments of society the hardest.

For the global economy, this will translate into even greater growth fragility at a time when Europe is heading into recession, China’s performance is increasingly lagging its economic potential, and little fires are burning across the developing world. Despite this increased fragility, many other central banks will have no choice but to follow the Fed in raising interest rates beyond what would have otherwise been needed, in order to avoid ‘importing’ more damaging inflation and unsettling financial instability.

Now that the Fed finds itself in such an uncomfortable situation – one mostly of its own making – it may be inclined to eschew further rate hikes, particularly given the growing criticism that it is tipping the economy into recession, destroying wealth, and fuelling instability. Yet such a course of action would risk repeating the monetary policy mistake of the 1970s, saddling America and the world with an even longer period of stagflationary trends. Instead, the Fed should be doing much more to contain the adverse spillovers of its policy mistake, including through innovative thinking about its monetary policy framework and more proactive collaboration with other policymaking entities, both domestic and foreign.

Sadly, it is too late to avoid all the detrimental economic and social consequences of the damage the Fed has caused to its own credibility. The central bank was notably late with its response to inflation. But it is not too late to contain the harm. Doing so is crucial.

Mohamed A. El-Erian, president of Queens’ College at the University of Cambridge, is a professor at the Wharton School of the University of Pennsylvania and author of The Only Game in Town: Central Banks, Instability, and Avoiding the Next Collapse.