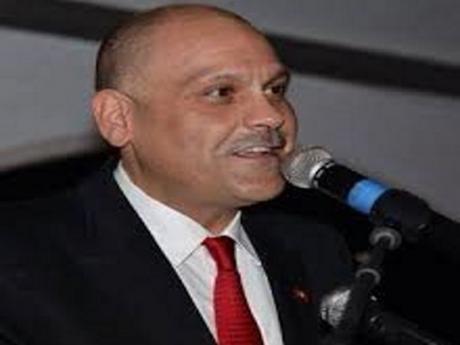 ST. JOHN’S, Antigua, May 15, CMC – Investment and Trade Minister Asot Michael has tendered his resignation from the Cabinet of Prime Minister Gaston Browne, the state-owned Antigua and Barbuda Broadcasting Corporation (ABS) has reported.

Michael had been implicated among Caribbean politicians who allegedly received bribes from a British investor and the main opposition United Progressive Party (UPP) called for him to either step down or for him to be fired by Prime Minister Gaston Browne.

Michael has denied the accusation that unfolded in a British High Court last Friday in a matter involving Peter Virdee, whose telephone conversations with his business partner, Dieter Trutschler, in 2016, had been recorded by German authorities.

According to the transcript of the document revealed in the High Court, Virdee alleges that Michael had asked him for two million dollars as well as to buy a car for his mother.

UPP political leader Harold Lovell said that Michael should either step down or for Prime Minister Browne to relive him of his portfolio.

“It is absolutely important that Mr. Michael should do the right thing and he should resign immediately. Failing an immediate resignation Prime Minister Gaston Browne ought to relive him immediately of his responsibilities,” he further said.

Late last year, Michael was dismissed as tourism and investment minister after he was detained by the Metropolitan Police in London.