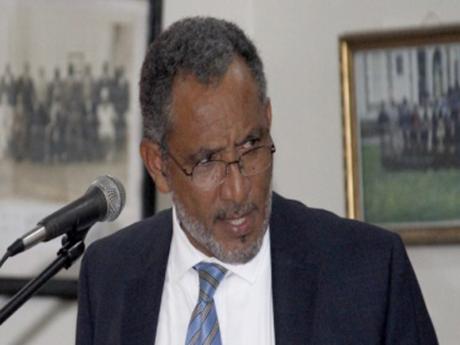 KINGSTOWN, St. Vincent, May 15, CMC – The leader of the main opposition New Democratic Party (NDP) Godwin Friday says that his Canadian citizenship does not disqualify him from being a Member of Parliament in St. Vincent and the Grenadines.

Friday, who recently returned to the island from Canada, told radio listeners that as a Commonwealth citizen he is also qualified to be a legislator in St. Vincent and the Grenadines.

He said Constitution makes it clear that “you must be a Commonwealth citizen of the age of 21.

“I am a Commonwealth citizen twice over if anything. I am twice qualified,” Friday said on his weekly radio programme.

Friday, who was born in St. Vincent and the Grenadines, has been representing the Northern Grenadines since he was first elected to Parliament in 2001.

He said that “everybody knows” that he has been a Canadian citizen for over 30 years.

“I have never hid it that I am, in fact, a Canadian citizen. I have lived in Canada for many years,” he said.

The issue as to whether Friday is qualified to hold political officer surfaced over the past few days after political activist Matthew Thomas published an article in the local media.

Last weekend, the Caribbean Court of Justice (CCJ) also ruled against the Barbados electoral office policy regarding the qualification of Commonwealth citizens to be registered as voters.

Friday dismissed the present hysteria surrounding his dual citizenship, saying “it’s something that they (political opponents) have suddenly latched on [to] … as some sort of an issue, all of a sudden.”

One local newspaper recently published an article indicating that Deputy Prime Minister Sir Louis Straker had shown it proof renouncing his US citizenship in 1994 — before he was first elected Member of Parliament for Central Leeward.