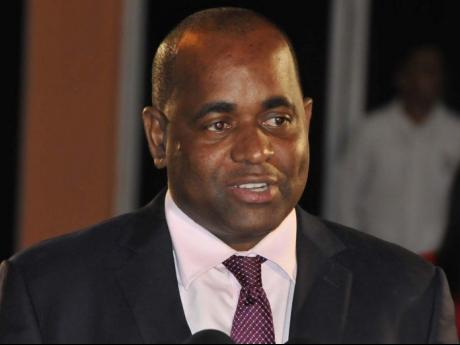 ROSEAU, Dominica, CMC –The Dominica government says it is prepared to close the island until December even as it announced plans to reopen its borders to international travel in August.

Prime Minister Roosevelt Skerrit said that Dominica cannot afford another wave of the coronavirus that has killed 516,000 people and infected nearly 11 million since it was first detected last December in China.

While Dominica recorded 18 positive cases, the island, like many other countries worldwide, locked down its borders in a bid to prevent the spread of the virus.

The Government announced that the borders will be opened to international travel on August 15 and Skerrit said it is imperative that Dominica maintains the protocols put in place to deal with the impact of the virus.

“So every country is mindful of this thing, every country is wary of it because one of the main things we have to avoid in Dominica is for there to be a reason to shut down the country again. This would not be good for us and therefore we need to avoid this.

“If it means we have to keep Dominica closed to the rest of the world until December, we will do so and as we have always done, set aside the economic considerations because we do not want to have more of this COVID-19 in Dominica.”

Skerrit said it was necessary for Dominicans to appreciate that “once you open, there are risks associated [and] what we are seeking to do as a government is to mitigate against those risks and to put measures in place.

“We will never be able to eliminate it 100 per cent but we are seeking to minimise the risks associated with reopening,” he added.

Meanwhile, National Security Minister Rayburn Blackmoore has hinted at the possibility of an order being issued compelling all persons to wear masks in public.

He said that as the island reopens its borders to accommodate returning nationals on July 15, it was imperative that citizens do not become complacent.

“Notwithstanding the end of the curfew order, we are also contemplating the issuing of an order…to mandate that all people wear masks in public places because, as we open our borders, notwithstanding all the systems we have put in place, we are also opening to the risk associated so we have to ensure that the requisite protocols are maintained and also adhered to,” he said.