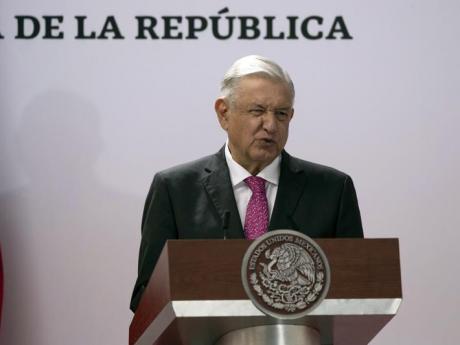 MEXICO CITY (AP) — Two Mexican ships carrying food, fuel and medical supplies were sailing to Cuba on Tuesday and a third was getting ready to head there Wednesday.

The first ship left late Monday loaded with 100,000 barrels of diesel fuel that the Mexican government said would be used to provide power for Cuban hospitals.

A second ship operated by the Mexican navy left Tuesday, and the third ship will leave Wednesday.

The department described the shipments as “humanitarian assistance” to help Cuba weather the coronavirus pandemic.

While much of Cuba seems stuck technologically in the middle of the last century, López Obrador did not appear to be speaking ironically when he proposed the world heritage designation, which is usually used by the United Nations to honour historical sites.

López Obrador praised Cuba's ability to stand up to US hostility since 1959, but did not mention recent street protests that were violently repressed by the Cuban government.

López Obrador has in the past stated his opposition to US sanctions that limit commerce with the island, and said they should be ended.

On Thursday, the US government tightened the sanctions on some Cuban officials over the suppression of the rare street protests earlier this month.

The new sanctions target a Cuban official and a government special brigade that the United States says was involved in human rights abuses during the government crackdown.