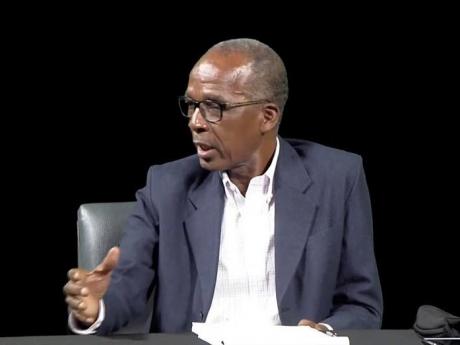 Hamilton: “If you don’t work you will not be paid… That’s the government’s position and I speak for the government; you can’t expect to be paid for not working." - Contributed photo.

GEORGETOWN, Guyana, CMC – The Guyana government is maintaining that teachers who stayed away from their work in support of their union's call to embark on a three-day strike last week in protest against the administration's COVID-19 policy will not be paid since their actions were illegal.

“Any action that you call a strike or protest against the Ministry of Education, it has no basis. It is illegitimate and it is illegal because you have no grievance with your employer, you cannot strike against a government policy position enacted by the Ministry of Health,” said Labour Minister, Joseph Hamilton.

“I'm saying to you teachers that is the reason why your president or your general secretary has not written, and will not, and cannot write the permanent secretary indicating that there will be strike action based on these grievances they have with their employer the Ministry of Education,” Hamilton added.

The Guyana Teachers Union (GTU) called out the teachers on the second day of the new school term over the government's vaccination policy and the unpreparedness of many schools to return to face-to-face learning.

The government's position has resulted in scores of teachers across the country being locked out of school compounds and in some instances, the police being called in to remove them from the area.

The GTU, which is part of a group of trade unions that have filed a lawsuit against the government's policy, has accused the authorities of being high-handed in its approach while ignoring the concerns of teachers.

The union has advised that for the next three days teachers will be on strike from all types of teaching including virtual sessions.

The union maintains that teachers should be allowed the choice to be vaccinated and if they do not want to be vaccinated, the Ministry of Education should stand the costs for the regular PCR COVID-19 test that it is demanding in the absence of vaccination.

But Hamilton told his television viewers that the government's responsibility is to protect citizens, and while the initial concern was that teachers did not want to take the vaccine, there is now an indication that the teachers prefer to take the Pfizer vaccine.

Hamilton said the last count showed that about 50 per cent of teachers are already vaccinated and not with Pfizer.

“If you don't work you will not be paid… That's the government's position and I speak for the government; you can't expect to be paid for not working,” Hamilton said.

“Because the policy of the government is, whether teacher or whether public servant, if you fail to adhere to the COVID-19 measures, which are one, you have to be vaccinated and present your vaccination card, if not, you do a PCR test every week and submit it, if you fail to do that you will be marked absent and you will not be paid, that is the position of the government.”

Hamilton said the apprehension by some persons to take the COVID-19 vaccine is being used as a political tool.

“I'm saying as Minister of Labour, advised by counsel and the chief labour officer, that everything about what they call a strike or protest is out of order.

“Teachers and public servants, if they were not aware before tonight, they are aware now, that the fact that they have no grievance, that is saying to the government that you are abdicating your responsibility to report to work and therefore you can't be paid, that is where we at,” Hamilton added.