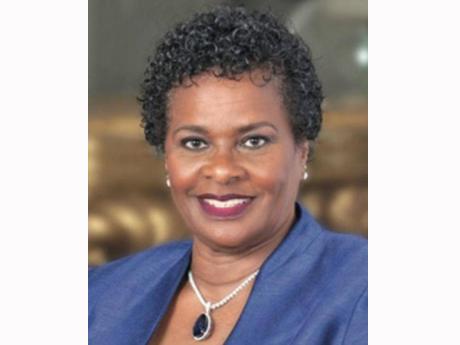 Mason secured the support of all members of the House of Assembly and all but one Senator during a joint sitting of the legislature chambers on Wednesday - Contributed photo.

Mason secured the support of all members of the House of Assembly and all but one Senator during a joint sitting of the legislature chambers on Wednesday.

Opposition Senator, Caswell Franklyn, walked out of the sitting after objecting to Mason's nomination as Barbados' first President on Independence Day, November 30.

Barbados is moving to end its political relationship with Britain and adopt a republican status.

Speaker of the House, Arthur Holder, said that following the secret balloting, the threshold of two-thirds support required by the Constitution had been met.

Prime Minister Mia Mottley and Opposition Leader Bishop Joseph Atherley had jointly nominated Mason and the other 27 members of parliament in attendance voted in agreement.

Mason was born on January 17, 1949 in East Point, St Philip and was educated at the University of the West Indies (UWI), Cave Hill Campus in Barbados and the Hugh Wooding Law School in Trinidad graduating with a Bachelor of Laws degree in 1973 and a Certificate of Legal Education in 1975.

She takes an avid interest in reading, playing scrabble, watching cricket and travelling.

However, her greatest achievement is being the mother of son Matthew, who is also an attorney.