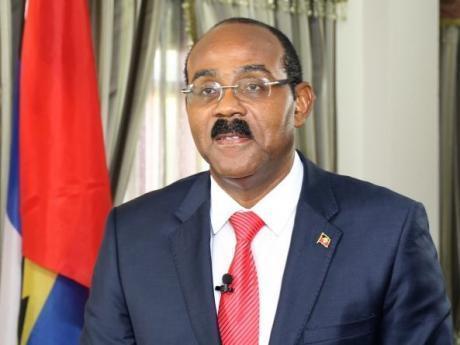 Browne: “As it stands now, that policy initiative to lift the state of emergency on the 23rd still stands, but it could be reviewed and reversed depending on any significant spread of this new variant.” - Contributed photo.

ST JOHN'S, Antigua, CMC – The Antigua and Barbuda government has hinted at the possibility of reversing a decision to end the state of emergency on December 23 following the discovery of a new variant of COVID-19 in South Africa over the past few days.

Several countries, including the United Kingdom, the United States and some in the Caribbean Community (CARICOM), have announced travel bans on passengers coming from several African countries including South Africa, Mozambique, and Zimbabwe following the discovery of the Omicron strain, which is now being described as “variant of concern”.

Prime Minister Gaston Browne said that the government may have to reconsider the decision to end the SOE next month.

The SOE had been put in place to curb the spread of the virus that has so far killed 117 people and infected 4,141 others since March last year.

“As it stands now, that policy initiative to lift the state of emergency on the 23rd still stands, but it could be reviewed and reversed depending on any significant spread of this new variant,” Browne said, noting that the local data on the pandemic, though encouraging, could be affected significantly in the coming days.

“These are measures that are required to manage any escalation in COVID. Admittedly, COVID  cases are significantly down, hospitalisations are down, beds are stabilised at 117, so at this point, we are in a relatively good place, but the situation is very fluid and could change in a couple of weeks,” Browne said.

He acknowledged that the United Kingdom, where cases of the new variant of the virus have been detected, is Antigua and Barbuda's second-largest tourism market and as a result, the island could be among the first in the region to be affected by Omicron due to the close relationship with the UK.

“Interestingly, Antigua and Barbuda could be one of the first countries,” Browne added.

Tourism Minister Charles 'Max' Fernandez has also expressed concern over the impact of the virus on the tourism industry.

“There is international concern about this new variant. It is still being investigated to establish whether it causes more severe disease and whether it can evade vaccines.

“We are hoping that it will not be as severe as it could be. COVID continues to pose a tremendous challenge to the world over. In our case, a threat to tourism at a time where we are looking forward to a great season could be a major blow,” Fernandez added.