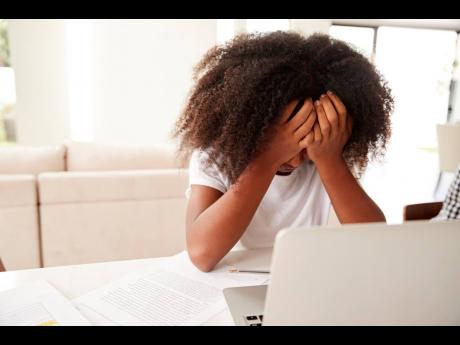 We need to safeguard the health and well-being of thousands of Jamaicans struggling with mental illnesses. Mental illness is a chronic issue across the country; it is commonplace.

We are paying a great deal of lip service to the mental health needs of the population though research increasingly shows we need much more than beautiful speaking. Simply talking about mental ill health will not help the many people dealing with anxiety, depression, suicidal ideation, post-traumatic stress disorder, schizophrenia, and other mental illnesses.

Yes, the discussions and awareness raising, whatever forms they take and whatever channels they use, are important but these need to be backed up by progressive policy and action.

The Pan American Health Organisation (PAHO) advises that “Mental health is critical to personal well-being, interpersonal relationships, and successful contributions to society. Mental health conditions consequently impose a high burden not only on individuals, families and society, but also on economies, as those who suffer from mental disorders are more likely to experience premature death, exit the labour force, miss days of work (absenteeism), or work at a reduced capacity (presenteeism).”

We need to safeguard the health and well-being of thousands of Jamaicans struggling with mental illnesses. Mental illness is a chronic issue across the country; it is commonplace.

According to the World Health Organization (WHO), “Mental health is a state of well-being in which an individual realises his or her own abilities, can cope with the normal stresses of life, can work productively and is able to make a contribution to his or her community… Multiple social, psychological, and biological factors determine the level of mental health of a person at any point of time.”

The 2016-2017 Jamaica Health and Lifestyle Survey found that 14.3 per cent of persons have depression. It found women (18.5 per cent) were more likely to have depression and the prevalence was highest among women in urban areas (19.2 per cent). Jamaicans 75 years and over presented with the highest prevalence of depression.

Psychosis (that is, hallucinations, erratic social behaviour, and delusions) accounts for eight in every 10 (80 per cent) of mental illness-related public clinic visits islandwide. For example, in 2016, psychosis was responsible for 106,674 visits to public health clinics.

These and other mental illnesses affect individuals and their loved ones in a number of ways. It can cause stress, ill (physical) health, unhappiness, isolation, lowered productivity, drug use, sleep disorder, and poor educational performance, among other things, especially when left untreated.

In addition to the individual, families and society can be affected as well. An investment case analysis done by PAHO in 2019 suggests that the impact of mental ill health goes beyond the individual and their family.

The reports found that, “In Jamaica, the burden of mental illness is considerable and is predicted to cause US$2.76 billion in lost economic output from 2015-2030, a higher economic burden than from any single category of non-communicable disease conditions except cardiovascular disease.”

Thankfully, despite the many challenges that persist, more people are accessing care. Based on available data, PAHO found that, “In 2013 and 2014, there were approximately 90,000 visits to public health facilities for mental health treatment annually [but] visits increased by about 20 per cent per year in the following two years, with nearly 108,000 visits in 2015 and 132,000 in 2016.”

Similarly, the Caribbean Policy Research Institute (CAPRI) found that in 2019, the Child Guidance Clinics (which operate under the Ministry of Health and Wellness) report that they had “83,017 new clients and 502,685 cases of follow-up visits for both old and new patients.”

I acknowledge that some work has been done, including increasing access to services and greater focus at the community level, as well as the introduction of a Mental Health National Strategic Plan for 2020-2025. Additionally, I believe there are some medications that can be accessed through the National Health Fund.

However, as CAPRI notes in its Mind The Gap report which focused on the mental health needs of children, “Meeting that need has been slowed by insufficient resources, poor data management, a fragmented governance framework, archaic legislation, and a shortage of mental health professionals.”

I know a lot of people who have been diagnosed with mental illnesses but they’re among the privileged few who are able to afford private psychological and psychiatric care, which starts from $5,000. The cost of some medications is exorbitantly high. The public health system is overburdened.

Greater focus matched with increasing budget allocation is needed to better address the mental health needs of the population. We need to continue working on improving access and affordability if we are truly serious about this issue.

• The suicide hotline needs to be more accessible (the 10-digit number is not memorable).

• More peer-to-peer support work, starting from the schools and churches.

If we get it right, then the outcomes will be good for individuals, their family and loved ones, as well as the entire country. For example, according to PAHO, “For every Jamaican dollar invested in clinical treatments for anxiety, Jamaica can expect 5.5 Jamaican dollars in return.”

- Jaevion Nelson is a human rights, economic and social justice and inclusive development advocate. Email feedback to columns@gleanerjm.com and jaevion@gmail.com, or tweet @jaevionn