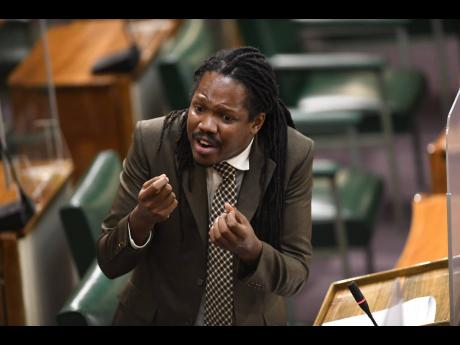 The star of the proceedings, by street, lane and village, was Damion Crawford. 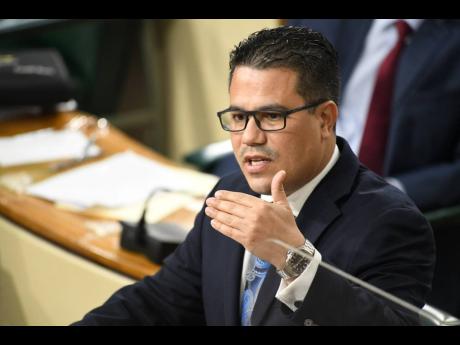 Matthew Samuda’s contribution was of the highest calibre.
1
2

Senate debate on Government’s proposed extension of the most recent states of public emergency (SOEs) was like the curate’s egg.

For those unfamiliar with the reference, Church of England rectors (parish priests) are called vicars, and curates are vicars’ assistants.

The story: A young curate, recently assigned to a quiet village, decided to visit parishioners individually. During his getting-to-know-you tour, he was offered a boiled egg by one aged spinster. The egg turned out to be practically rotten, but when asked “How was your egg?” by the little old lady, the well-mannered curate responded, “Good in parts.”

Government standouts in the debate were Matthew Samuda and Ransford Braham. For Opposition, Janice Allen and Damion Crawford excelled.

Samuda’s contribution was of the highest calibre. He directly addressed Opposition and civil society concerns without rancor or obfuscation, and by strict reference to the Government’s legislative and operational efforts to erase flaws in earlier SOEs implementation. He carefully explained how the “scrape up youth” problem was to be alleviated.

Allen, in a heartfelt, practical presentation that seemingly came from her experience on the ground in the West, and a deep feeling of duty to advocate for youth, explained why, no matter how regulation and policy were reframed, society’s youth were likely casualties of an unnecessary SOE.

Braham, a part-time preacher, used his empathy (unusual for a political animal) and high-quality advocacy skills to explain that the much ballyhooed, necessary “social interventions” would be thwarted if tried in communities “at war”. Then, without expressing this objective, he adroitly sought to bring SOEs within the constitutional mandate by characterising the current crisis as “terrorism”. Nicely done!

But the star of the proceedings, by street, lane and village, was Damion Crawford. In a brilliant presentation exhibiting highest quality debating expertise (research, oratory and specificity) he, inter alia, exposed Government’s hypocritical wail about “who’s championing victims’ rights?” by pointing out only selected victims were being “championed”. His oratorical talent took on a non-combative, non-patronising, often humourous tone that contrasted starkly with a pedestrian presentation from Natalie Campbell-Rodriquez which, in my opinion, only proved candidates for MPs shouldn’t be senators.

Lambert was, well, Lambert, although he did hit one nail on the head by characterising Natalie’s presentation as “condescending”, while Peter Bunting’s contribution was, predictably, all about Peter Bunting. He was ultra-defensive; fleeing when no one pursued. His lengthy explanation of his “divine intervention” call was pointless, irrelevant and unconvincing. Peter, these things happen. In my opinion, you were overwhelmed in your job. It happens to the best and worst of us. True self-confidence ignores baiting remarks and moves on. Bluff, bluster or braggadocio cannot.

My sole disappointment was the result. I’d hoped the Opposition would understand the political and governance imperatives at play.

Sincere Opposition would’ve warned against SOEs (with reasons), but then, unless it had cause to believe they were declared in bad faith, nominated one senator to support the extension , while seven abstained. Constitutional provision requiring two-thirds majority wasn’t intended to permit Opposition to govern or substitute its policy for Government’s. It’s NOT a ‘he said/she said’ provision. Opposition leaves eventual reckoning to voters.

Politically, PNP also missed the boat by offering itself as a sacrificial lamb to be blamed for Government’s crime-fighting failures.

But Government must accept majority blame because, if it had governed on crime as promised, we wouldn’t be here. PSOJ was spot on in a recent press release: “The only way to reduce violent crime in a sustainable manner is through a holistic plan of education, social transformation, reformation of the JCF (Jamaica Constabulary Force), justice and penal reform.”

Government hasn’t obviously addressed any of these emergencies. It shouldn’t be reaching for last resort (if constitutionally available) until all other options, including at least starting urgent reforms, are exhausted.

Gordon Robinson is an attorney-at-law. Email feedback to columns@gleanerjm.com.