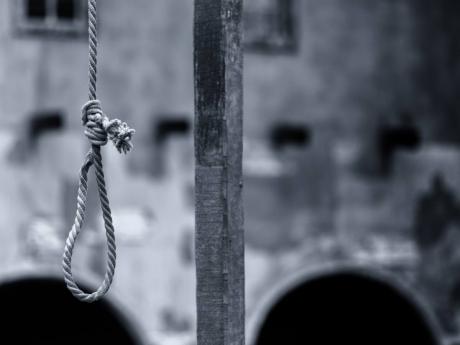 Those found with an illegal firearm would qualify for the death penalty, by one’s standards of justice, but not those convicted of murder, rape or carnal abuse.

The prime minister then asks his audience to forgive the hyperbolic expression.

I am curious to hear what the prime minister actually wanted to say, hyperboles excluded and all. Sometimes the power of a ‘but’ is as great as to give even the most problematic assertions a 180-degree turn. It’s a powerful tool for when you realise you’re saying something you really don’t want to be saying. In the case of the assertion made by the prime minister at the recent 78th anniversary Jamaica Labour Party conference, I couldn’t help but thinking that for one who is not a believer in the death penalty, the prime minister seems to like the death penalty a lot.

I am also not a believer in the death penalty, and I also have a ‘but’. If we ever do implement the death penalty, Jamaica will need to fix the gross inefficiencies and other shortcomings of its own justice system first. When persons who are alleged to have been found with illegal firearms can convincingly claim that the weapons were planted on them by police officers, and evidence actually be provided in the affirmative, we shouldn’t even be having conversations about the death penalty.

The Unites States, with far more advanced technologies that increase the availability of real and demonstrative evidence and reduce reliance on things like witness testimonies, sees 1 in 25 of its convicts on death row falsely accused and executed by the state. That’s a pretty big margin of error for taking someone’s life. Jamaica, with a system of governance perceived to be far more corrupt, and far less efficient, needs to not resort to knee-jerk reactions to crime-fighting that will only make matters worse.

I am using the word crime-fighting rather loosely, too, because killing killers as punishment for their killing is not crime-fighting.

If I’m to be frank, I think as a society, we suffer from a similarly scant regard for life as the criminals themselves. It explains why we think a few innocent people being cut down by the state after a false conviction is a reasonable price to pay for ‘trying out’ a supposed crime-fighting tactic to see if it will reduce our crime statistics. This view has actually been expressed and naturally, if one supports capital punishment, they clearly do so despite the number of innocent persons who are bound to have their lives unjustly taken from them. (But that won’t matter until such man is a close relative).

Of course, some are quick to point out that “wah nuh guh suh, near guh suh”, and that innocent people don’t just end up in questionable circumstances. The truth is, there are many Jamaicans who have come in contact with an illegal firearm and have never murdered anyone or tried to. This shouldn’t be hard to imagine. Living in the wrong community might be all it takes for you to discover an illegal firearm sitting under your window. God forbid you get off your rockers and actually call the police to come for it – don’t expect to continue a peaceful life after that. To go further, it’s almost always a certain demographic of Jamaicans who end up facing the risk of ‘mistaken identity’ in this country, while some others get away scot-free with murder (literally). The ‘wrong place, wrong time’ phenomenon is real.

And not to state the obvious, but in order to hang a supposed criminal, you’ll have to catch him first. The real issue here is that criminals commit crimes expecting to evade the system, not because they don’t mind spending 15 years in prison as opposed to 30. I am not disagreeing with the call for harsher sentences. But again, that’s not the real issue here. If criminals doubt they will be caught and convicted in the first place, then it doesn’t take a study of rocket science to understand why our crime statistics are what they are.

This is why, to date, there is no evidence to suggest that capital punishment is a deterrent to crime. Rather than trying to reinvent the wheel with measures that only add to the barbarism of our society, we can look at the history of capital punishment in other countries. Canada, for example, which abolished their death penalty in 1977 has had a steadily declining crime rate since. Australia has also had a declining crime rate since its abolition of the death penalty in 1985. Many other countries have recorded negligible differences in their crime rates since ditching the death penalty.

Kristen Gyles is a graduate student at the University of the West Indies, Mona campus. Email feedback to kristengyles@gmail.com.