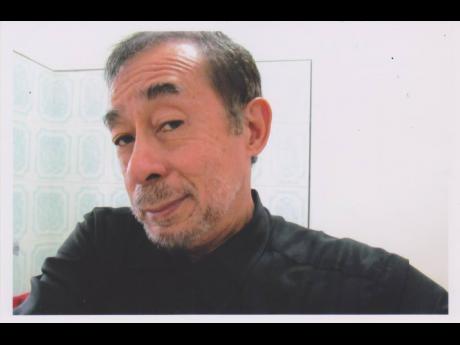 The violence now ravaging Jamaica has earned for the island the unenviable reputation of being the world’s second most dangerous country, with a murder rate of 43.85 per 100,000 people. El Salvador has the highest, at 52.02 per 100,000 people. (Statista Research Dept, May 5, 2022)

The days when teachers were greeted with respect, by students standing and a brisk “Good morning” when they entered classrooms, are long gone. Respect for others and discipline in society were the norm. The country became unhinged when a comely young girl in a wet T-shirt, smiling seductively, dominated the billboards. ‘Jamaica no problem’ was the message. Blessed, we were reminded, with sea, sand and sun, and yes, beautiful girls; how could there be a problem? Good for the occasional beach party and tourists, but bad for instilling discipline and hard work. The message was the problem. Living in this fool’s paradise, Jamaica breezed along its merry way.

In the ‘80s and ‘90s, Jamaicans greedily looked to our northern neighbour, the USA, tempted by its proximity (a curse?) and its vast riches, hoping for a slice of the American hedonistic, materialistic pie. They weren’t disappointed. The bling culture was born. Enter the gangs (latest statistics from the Jamaica Constabulary listed 379 gangs in June 2021), and the political factions waiting to get in on the action.

Jamaica’s social ills of poverty, unemployment, drugs and economic inequality, which predispose to violence, are not unique to the world, yet other countries are less violent. We all make choices, hopefully leading to non violent and worthwhile outcomes, by being self-aware, having self-control, education and support. Some, unfortunately, are not so privileged. Ninety per cent of male workers employed on our farm over the years did not know their fathers, or had poor relationships with them. Where was the guidance? Where was the role model? Mothers, bless their souls, by their Herculean efforts, kept families (and country) together. But their roles cannot substitute for those of fathers. The scourge of ‘fatherless boys’ in Jamaica is rampant. How does this compare with other countries? Boys growing up without fathers are more likely to be aggressive, drop out of school, become addicted to drugs, or end up in prison. These vulnerable, wayward boys easily fall prey to their ne’er-do-well, so-called friends, the blind leading the blind, gangs, or the bad influence of trashy (and violent) dancehall lyrics masquerading as stylish: “So the AK stay boy, head buss like bomb bay. Kill boy inna church when the pastor a pray. Murder our likkle bredda pon yuh funeral day. Cut the newborn throat” – courtesy of Movado. Studies show that graphic, lyrical content in music can impact adolescents’ sexual and violent behaviour (North American Journal of Medicine and Science 2010).

Guns feed Jamaica’s huge homicidal rate. More guns, more murder, right? Wrong, not necessarily. There are countries with high gun ownership, but low gun crimes. The Israelis and Swiss, for example, are armed to the teeth, but have low rates. And among American states, states where almost every home has a gun, like Maine and North Dakota, have low gun crimes. Guns don’t kill people, people (with guns) kill people.

Some ethnic groups may be more violent, more aggressive, than others, but this may depend on the particular period of their history. Today’s docile Scandinavians descended from bloodthirsty Vikings. Jamaicans were a relatively peaceful people 80 years ago. Can’t say the same for the thieves who decimated the citrus trees on our farm. They came from a long line of undesirables dating back to their grandparents. Their reputation for aggression and crime may be learned, but its hard not to imagine that a hereditary component of bad genes lurked behind this family history.

We are aggressive animals, as we share 96 per cent of the genes of chimpanzees, our closest primate relative – we are not descended from monkeys – and the most aggressive mammal in existence. We also have hormones like testosterone implicated in aggressive behaviour. Fathers with higher testosterone levels tend to have a poorer quality relationship with their children’s mothers (Journal of Human Nature: Testosterone in Jamaican Fathers). Violent criminals have higher levels than non- violent criminals. Testosterone, however, does not make a man more aggressive, but correlates with libido, self-confidence and the drive for dominance. It doesn’t cause violence directly, but since violence is mainly a problem of young adults and adolescent men (they have the most testosterone levels) competing for dominance, then violence really is a problem of there being too much testosterone in the world. A genetic association with aggression is also found in the MAO-A gene (monoamine oxidase), the so-called ‘warrior gene’. But other genes also are implicated. It is therefore impossible, by looking at a single gene, to say one race is genetically more prone to violence than others. In fact, there are more genetic variations in individuals within a race, than in individuals between races. Do Jamaicans have genes which predispose them to aggressive behaviour? We don’t know, but if Jamaican slaves originated from warlike African tribes, this information might be useful in providing answers.

Do genes dictate violent criminal behaviour, or is aggression learned specific to particular situations and cultures? Our parents brought us into the world. Parents should probably not blame themselves for the fact that their child had murderous and violent impulses. They had no choice. But they may blame themselves for failing to teach their child enough self-control to stifle those urges. In some cases, however, sadly as we all know, they probably had no chance.