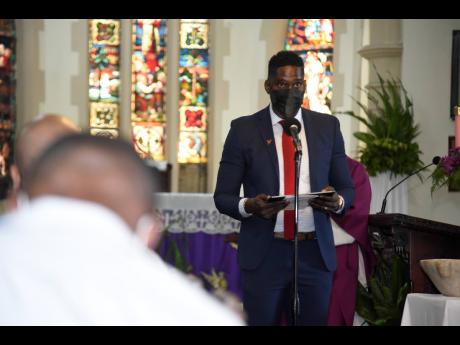 Four decades on, HIV/AIDS, from which over 40 million people worldwide have died since the first diagnosis in 1981, isn’t the rampant killer it used to be. It doesn’t have to be a killer at all.

But people still contract the disease. Globally, 38.4 million people live with HIV. An estimated 30,000 of them are in Jamaica. Some will die. Too many, the experts say. And that, in large part, has to do with the stigma and discrimination that still surround the disease.

As Mr Patrick and others suggest, these shortcomings do not result only from a lack of resources. They have to do, to a significant degree, with the perception of too many of us, of people with HIV/AIDS as ‘the other’. It is the disease of gay men and promiscuous or loose women. Supposedly, it won’t happen to me or the rest of us because we aren’t any of those things. And in homophobic Jamaica, the embrace of such ideas offers a sense of insulation, often with perverse consequences. It further entrenches stigma and enhances fear among those most at risk. They are afraid to be identified lest they be ridiculed, shamed and discriminated against.

In other words, some people who might have, or at greater risk of getting HIV/AIDS, are driven underground, unwilling to access available services for treatment, or possible protection, against the disease.

A case in point is the reported slow take-up in Jamaica of the pre-exposure prophylaxis (PrEP) HIV drugs that are designed to be taken by HIV-negative people who are more likely to contract the virus. These include gay men, transgender people, sex workers, women in violent relationships, and couples of which one partner is positive for HIV and the other isn’t. These drugs have high levels of efficacy.

Insufficient promotion of the drugs and the availability of the service, and the fact that some people believe they don’t need them might, indeed, be a factor in the slow take-up. But concerns about stigma and discrimination, this newspaper believes, play an outsized role.

In that context, we agree with Mr Patrick that while important, the situation demands more than the symbolic support offered on occasions, such as this week’s global focus on AIDS. Real change will come when there is a fundamental shift of mindset.

However, while appeals to people’s humanity and to their sense of what is decent and right are important to resetting the paradigm, it shouldn’t be dependent on a head count of the people who behave appropriately, hoping to reach a critical mass. In a liberal democracy, it is incumbent on the State to protect the rights of the minority and to prevent the cast of ‘others’ with whose sense of themselves the majority disagrees.

In that regard, we welcome initiatives, such as those of the health ministry to promote inclusiveness in healthcare for HIV-positive people and the labour ministry’s Jamaican Anti-Discrimination System (JADS), which accepts complaints and advises victims of discrimination, whether at the workplace or in accessing other services because of their health status.

But the government needs to be more aggressive in its actions, including possibly introducing legislation making discrimination because of a person’s health status a specific offence.