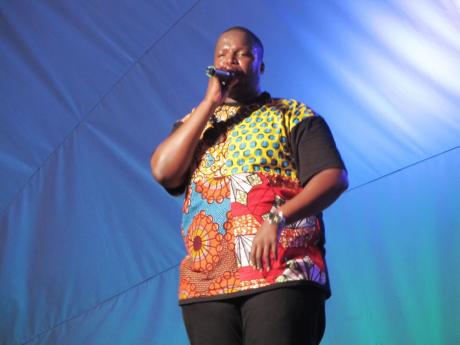 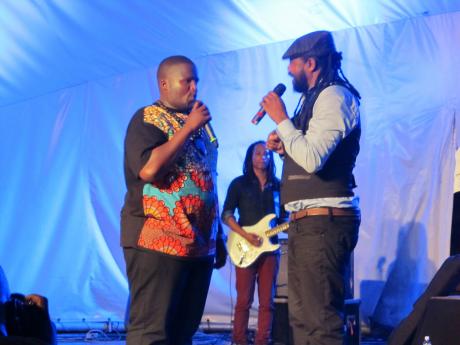 Lead singer Jabba and his band WHP (or Hip Hop Pan Tsula) won the hearts of a mainly Jamaican audience at a concert held in honour of South Africa's 20th anniversary of political freedom at Emancipation Park, New Kingston, on Friday, September 12.

In an interview with The Gleaner, Jabba went beyond music to speak about a number of issues related to South Africa, including the death of Nelson Mandela, apartheid, and the trial of athlete Oscar Pistorus.

Jabba was born during apartheid. However, being raised on a homeland (little pockets of land given to black people to govern themselves), he seldom experienced apartheid, even though his homeland was created by the system. "They gave us a list of rules and asked us to live by them, but during that time, we never experienced racism, only when we crossed over into the broader South Africa where blacks and whites were separated," Jabba said.

He said: "I grew up very free. In fact, my very first memory of a white person was as a teenager." Ironically, Jabba said, "Funny enough, I only experienced segregation after South Africa became a free country."

He asserted that there were still some bitter people in the country. "It is an epidemic that is yet to be healed. It's still going to take some time to be healed," Jabba said.

There is another struggle within the country now. "At the moment, we are fighting an economic war. People are free, but people are still living in houses without toilets, still working jobs that pay peanuts. We have a long way to go, but at the end of the day, our democracy is only 20 years old. A man who just turned 20 is only just going to the university. So let's give him time and let him develop himself," Jabba argued.

Jabba was heavily affected by the passing of Nelson Mandela last December. The singer had just returned from Washington, DC. "It was a serious shock," Jabba said, "but for most of us, we are happy that he lived a full and successful life, and so, many of us now are aspiring to follow in his footsteps. I think he set a wholesome example for the rest of the world. That is something we are definitely proud of him for."

The fluent musician had mixed reactions to the Oscar Pistorius trial, then at a stage before a verdict had been delivered. Jabba said he was saddened by the state of his country's legal system as he believed that had the same situation involved someone of colour, it would have been an open-and-shut case.

"We start to see that classism is very alive. It is a very sad state of affairs. We see it live on TV. They are sending a message out there that if you have enough money, chances are you can get away with anything," Jabba said.

However, his feelings towards Jamaica are unequivocal. "I love Jamaica," Jabba said emphatically. "I keep forgetting that I am in Jamaica, I keep thinking that I am in Ghana or in Swaziland. I don't know - perhaps it is the environment, the trees, the people. Everything looks so similar to home. It is only when you see a fly you know that you are miles away from home," Jabba said.

He continued: "The people here are so warm. They remind me of the people back home. You could swear that Jamaica is in the African continent. The spirit of Africa is so alive here - perhaps more alive than it is back home."

During the concert, hosted by the Embassy of the Republic of South Africa in Jamaica, WHP performed a few reggae songs and also shared a song with Tony Rebel. Jabba explained he always knew of reggae at his home and even used some of the rhythms, but it was also different, so coming to Jamaica helped the band to learn the correct way to deliver the music.

For instance, one of Tony Rebel's drummers showed them how to play a particular rhythm.

In a workshop, students at the Edna Manley College of the Visual and Performing Arts also broadened WHP's knowledge of other genres of music that have a presence in Jamaica. "All we know are reggae, dancehall, calypso, but they taught us about mento, So we have just been learning and we just want to incorporate some of that in our music," Jabba said.

"The one memory that I will definitely take from Jamaica is relaxing. They are always emphasising to just relax and be yourself. In fact, now I understand fully the lyrics 'don't worry about a thing/because every little thing is gonna be all right.' It's all about not putting too much pressure on yourself," Jabba said.

"So definitely, I will be taking from Jamaica that it is a wonderful country, wonderful spirit, and people are so calm and so at ease."