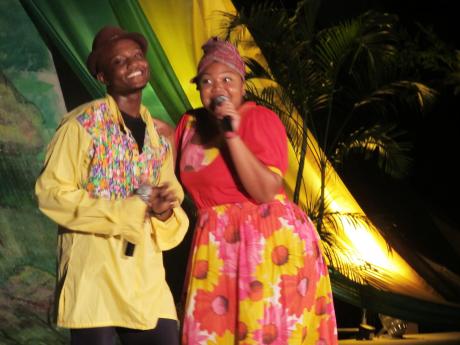 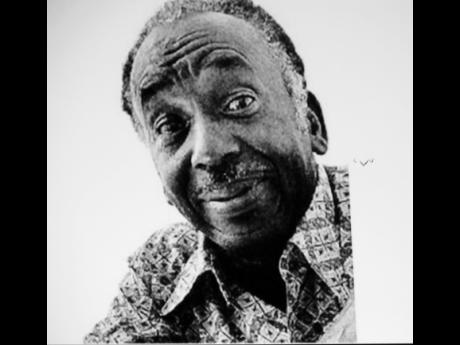 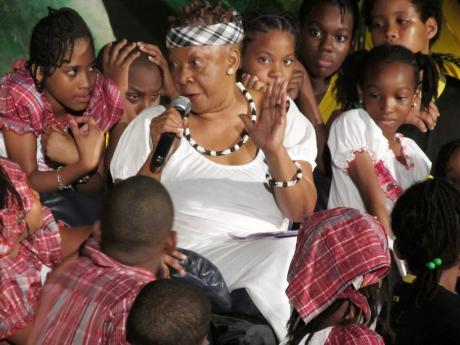 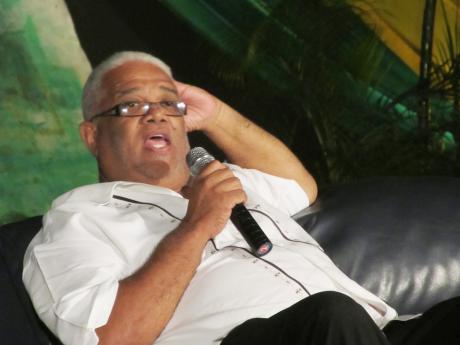 In fine gesture, The Jamaica Cultural Development Commission (JCDC) staged a special event to commemorate the anniversary of the birth of Randolph 'Maas Ran' Williams, who would have celebrated his 102nd last Sunday. Aptly, the show was held at the Ranny Williams Entertainment Centre on Hope Road.

With the singing of the National Anthem completed, Blackwood-Meeks, as the show's moderator, got things off to a joyous start. She reminded the audience that Maas Ran was a prolific dramatist, a comedian, as well as cultural advisor to late and former Prime Minister Michael Manley. The place of Williams's birth was retold in her singing the folk song, Colon Man Ah Come.

Subsequently, coloured with mirth, the moderator continued to paint a beautiful picture of 'the real' Maas Ran on each of her appearances on stage. Among the titbit shared was that, at age 17, Williams continued his performing career at Marcus Garvey's Eloise Park. Also, that Ranny, along with his brother Rocksy and sister Luna, would put on shows for their parents' birthday. That resulted in their father becoming the producer and writing the scripts for the family show.

In his reflection, Johnson, seated on a black leather sofa, centre stage, surrounded by students of Sts Peter and Paul Preparatory School, not only recounted the still painful experience of his last moment with Maas Ran, but shred some unheard-of habits of the multitalented Jamaican actor.

IMPARTING KNOWLEDGE TO ALL

They were both on tour in Canada with the play Operation P. It was Johnson's first tour and Maas Ran's first visit to Canada. "I remember doing all the rehearsals. He was the nicest person to have worked with. He would impart his knowledge to everybody," said Johnson.

But as he recalled the last words, "Thank you son", that Maas Ran said to him before being taken off to the hospital in an ambulance, the night he died, he became choked up.

Shifting to a lighter note, he described Ranny Williams as a "great man", and that some of the jokes he told were astonishing, and told effortlessly. A famous line was, "Now that I am sitting at a table, I would like a bottle of Gold Label". Maas Ran was also famous for having Phensic to distribute. "Any given day you see Maas Ran, he would always have him Phensic in him back pocket."

Ranny Williams was also a spiritual man, and this was captured in The New Creation Revival Group's entertaining presentation. It honoured Maas Ran's "openness to all kinds of spiritual worship", according to Blackwood-Meeks. Sista Patt, also provided spiritual blessing at the end of the programme. She did so with a medley of revival songs like Mother Di Grave Stone, I Come to Give You a Warning, and Rock of Ages.

JCDC 2007 Children's Gospel Song winner Nicholeen Brown paid tribute with a reggae medley that had the audience rocking. EXED students and COLAS used dub poems as their medium of entertainment. EXED also gave a humour-filled lip sync performance of Miss Lou and Maas Ran, while Blackwood-Meeks removed her moderator's hat and told an Anansi story. The captivating story paid homage to the character Anansi, that Maas Ran had physicalised.

Part one of the birthday celebration had patrons viewing exhibition booths erected by the JCDC, the National Library of Jamaica and the Creative Production and Training Centre.