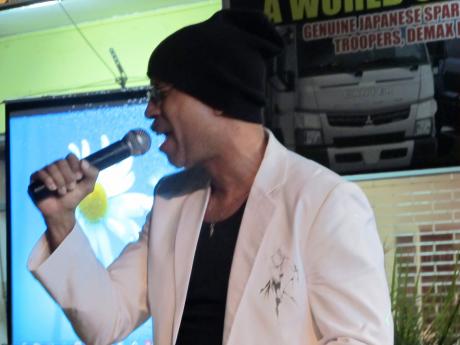 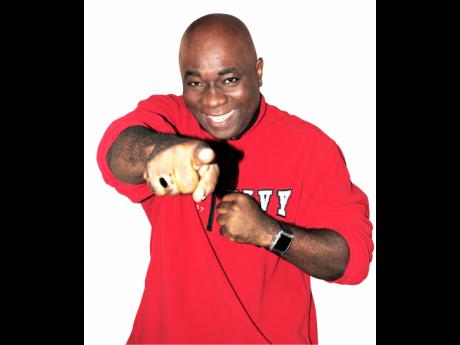 Three media personalities took time off from their jobs behind microphones and in front of cameras to perform in the first of Blue Essence Tuesday Nite Live with Professionals' Series.

Perhaps due to the unavailability of Ian Andrews, who was down with the chik-V, and Heather 'Brown Sugar' Grant, resident singer Country Man (not a media professional) got in on the musical act.

Boasting a towel around his neck, the mundanely attired singer gave a sensational performance with cover songs from artistes like Garnett Silk and Lionel Ritchie. His tribute to John Holt included Stick By Me and Love's Got a Hold on You, before treating the audience to some of his originals.

Masked by his humble appearance and attitude, Country Man is relatively unknown to most Jamaicans. However, for those attending last Tuesday's concert, they may have left feeling that Country Man should be among highly rated entertainers in the music industry. And while others may have only thought of it, Tracey voiced his opinion.

"When yuh see people with talent like this, dem must be rich and boasty." Somewhat at the injustice of the versatile singer, he told him not to listen to words like "humble calf gets the most milk", because the speakers usually are the ones driving SUVs.

But that was not all the audience heard from Tracey, who told The Gleaner, "There are a lot of things I could not say on TV, but I come and say it tonight." And so he did, from making fun of his name Oral and Tracey, the Michael Frater saga, the West Indies Cricket team debacle, to much more.

Errol Lee commenced his short act, restricted by lingering chik-V pains, with the popular Back Ah Yaad. The lyrics were adjusted to reflect the current status of the West Indies cricket team. "Back ah Yaad we shoulda discipline them," he sang in parts. But being 'chiked out', he turned to My Way with Dwight Richards.

Lance Whittaker was the pleasant surprise of the evening. Before the talented sports analyst introduced his musical vocals, he explained that he was placed second in a talent contest. He admitted to being a big fan of James Ingram, so not surprisingly, the first two songs were not only his entrants in the contest many years ago, but also Ingram pieces. His amazing rendition of Just Once and I Love You, I Do, had Tracey announcing, "journalism has robbed us of a superstar."

The concert was held at the car park, King's Plaza on Constant Spring Road. It was the first in a series for the professionals. According to Tracey, it will be an annual sequence on the final Tuesday of the last three months each year and "Mi like the concept. It shows the other side of us professionals. People tend to see you in the media and think that is all there is to you, but there is more."

Next month will see the doctors in action and the lawyers will close the 2014 series.