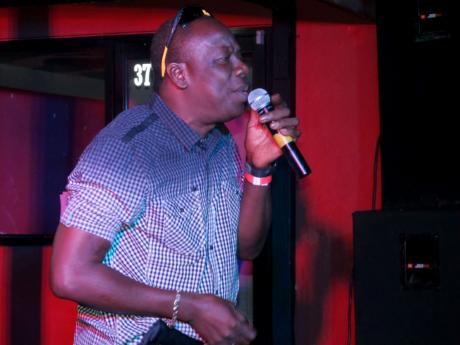 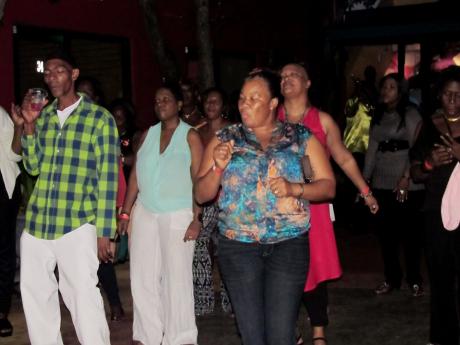 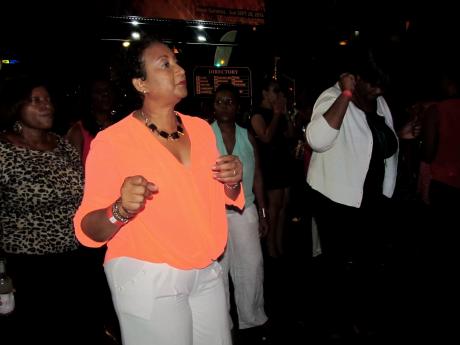 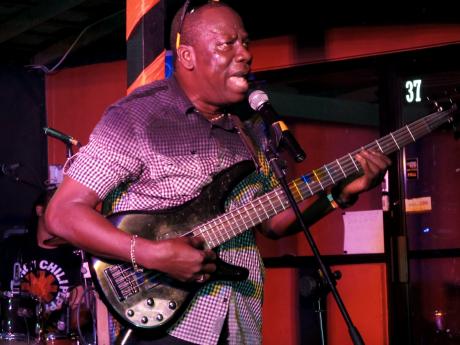 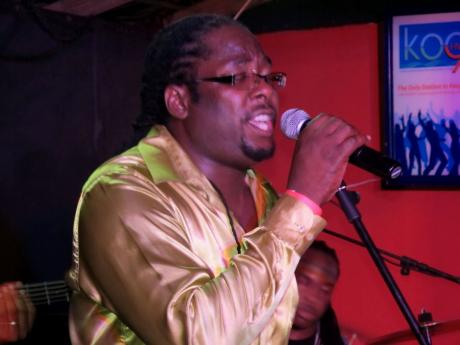 Last Saturday, partygoers turned out at the St Andrew High School for Girls Parent-Teacher Association's annual Christmas Fiesta. They partied the night away to live performances from vocalist-trumpeter Dwight Richards and reggae legend Leroy Sibbles, along with selections from Krazy Kris, Collin Hines, and Senor Daley.

Chair of the fundraising committee, Michelle Henry, explained that the event began as an avenue for parents of students at the Cecelio Avenue, Kingston 10, institution to socialise. It later evolved into one that small companies could use as their office parties then was opened up to the general public.

Proceeds from this year's Christmas Fiesta will go towards the school's Library Fund.

The event was moved from its usual spot, Waterfalls, to Puls8 on Trafalgar Road, New Kingston. Dubbed 'Christmas Fiesta: '70s-'80s Retro Party', it commenced with the early patrons partaking in the food, served buffet-style. Senor Daley played at that time, creating a festive atmosphere with songs from Bob Marley, Gregory Isaacs, Marcia Griffiths, Dennis Brown, Sophia George, and Donna Summer, among others.

At about 11 p.m., the live performances began and lasted just over an hour. The transition was as cool as the constant, gentle breeze that embraced the partygoers. Now a much larger group than in the when things kicked off, the revellers showed they were ready for Sibbles and Richards, dancing and singing along to the songs.

Richards, who opened the live segment with the small band, was engaging. His short set included Toots and the Maytals' 54-46 (That's My Number) and Alton Ellis' Girl I've Got a Date. During his performance, Richards joined the musicians by playing his trumpet.

Then the "big man", as Richards described Sibbles, was called to the stage. Fittingly, Sibbles opened his set with Party Time. Singing on the same rhythm, he changed the mood to melancholy and joy with the lyrics "I lost my baby but she is coming back".

The Jamaican music icon continued with Equal Rights, the first of what he labelled as freedom songs. It was his protest against the systematic unjust treatment of black people in the United States by the police force. He followed up with the very popular Book of Rules. The third and final freedom song, I Shall Be Released, was performed towards the end of Sibbles' set.

But it was before Sibbles' rendition of Pass The Kutchie that he was most informative. He explained that the rhythm was among Studio One's most popular and he had played the bassline, identifying a gap that he decided to "full up". That was what the rhythm was named, Sibbles said, but "the Diamonds called it 'Kutchie' and the Musical Youth call it 'Dutchie'."

Sibbles proceeded to illustrate his place in history by playing the rhythm's bassline, while singing, "I never mek much money from this one but I feel good."

Still, homage was paid to the Mighty Diamonds original, as Sibbles sang the catchy chorus "pass the kutchie pon the left hand side".

Sibbles closed his act by satisfying a request for Fatty Fatty.

Collin Hines, followed by Krazy Kris, took over the entertainment. The two selectors had the patrons partying into early Sunday morning.