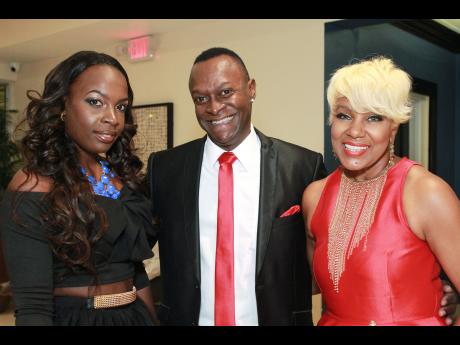 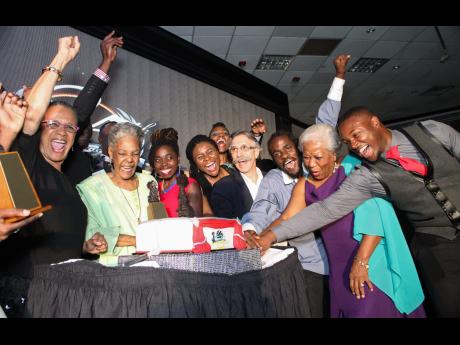 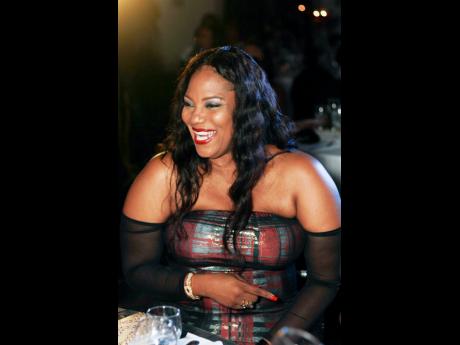 Brian McCalla
It's all smiles for Dahlia Harris. 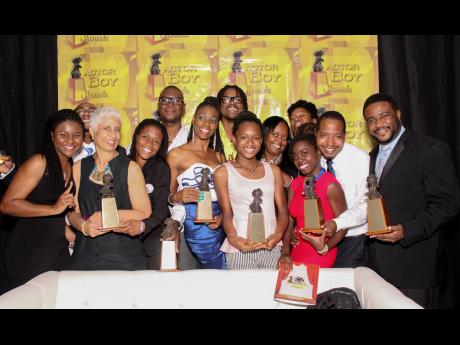 Brian McCalla
The awardees come together for a grand picture to round off the evening. 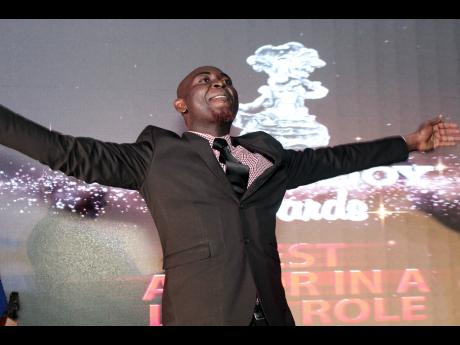 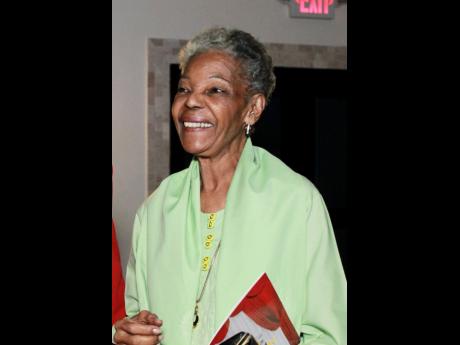 Brian McCalla
Leonie Forbes was awarded for Best Actress in a Lead Role.
1
2
3
4
5
6

On an evening when Jamaican thespians were honoured for their hard work and dedication, Edna Manley College's School of Drama production - Echo in the Bone - was crowned with the coveted title of Best Production, and more.

The 25th staging of the Actor Boy Awards was held at The Jamaica Pegasus hotel in Kingston on Monday evening. It was a red-carpet affair, attended by a number of Jamaican theatre practitioners. Overall, it was an entertaining and informative event, with sparks of rowdiness. Nineteen awards were up for the taking.

Along with Best Production, the Dennis Scott-penned Echo in the Bone was crowned Best Drama, and landed Eugene Williams the prize for his fine directing; Ron Steger for Best Set Design; and John DaCosta for Best Lighting Design. The school also saw its children's play, Wild Alice, walking away with Best Costume Design, won by Pierre LeMaire. While for his role as Makak in Dream on Monkey Mountain, Christopher McFarlane took home the trophy for the Best Actor in a Lead Role.

All three productions (Echo, Wild Alice and Dream) made the shortlist for Best Production.

Five plays in total were nominated for Best Production. The other two were Funny Kind'a Love and Saving Alligator High - both from the Jambiz International stable. However,

it was Saving Alligator High that was responsible for the company's three awards: New Jamaican Play, Best Comedy and Best Actress in a Supporting Role, the latter being awarded to Camille Davis.

DMH Productions' God Guh Wid Yuh took the award for revue and Her Last Cry, the sole nominee in the category, received the award for Best Tragedy. Best Actor in a Supporting Role was awarded to Jean-Paul Menou for his role in Absent Friends.

The evening, however, belonged to veteran actress Leonie Forbes, who won the prize for Best Actress in a Leading Role for David Tulloch's For My Daughter, repeating a feat she did 25 years ago.

In accepting her award, Forbes said she cannot explain what being the recipient of the never in my dream to win an award at this age." Gracefully poised, she thanked everyone, including the stage manager of the show - her peers offering a standing ovation.

Patron of the Actor Boy Awards, Minister of Youth and Culture Lisa Hanna, was on hand to give her remarks, likewise main judge, Tanya Batson-Savage. Hanna, in lauding the Awards on its milestone, acknowledged the work of those who have contributed to its development and longevity and encouraged the organisers to continue as "it is a legacy that must be safeguarded".

Batson-Savage, on the other hand, said there were challenges in staging plays in 2014, such as space and financing. However, the plays were "particularly striking for the strength of their technical theatre".

"This year also marks the changing of guard," Batson-Savage told the nominees and their guests.

There was a special tribute to choreographer Paula Shaw, in dance and award; likewise in video presentation, the supporting roles of The Gleaner and artist Kay Sulivan were highlighted. Entertainment was provided by guest artistes Judi Emanuel and Randy McFarlane. Hosts were Dr Michael Abrahams and Terri-Karelle Reid, who gave a burlesque treatment of the plays nominated in the category Best Productions.