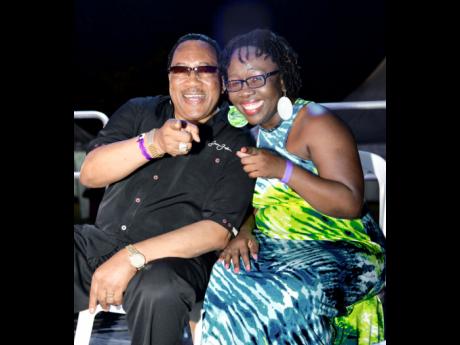 Mark Titus
BET's Dr Bobby Jones and Nadine Blair of LOVE 101, enjoying a moment during Praise on the Beach. 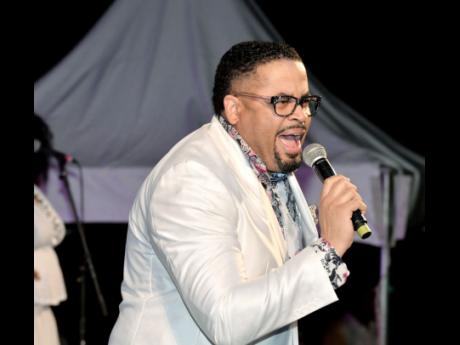 Mark Titus
Byron Cage performing at Praise on the Beach. 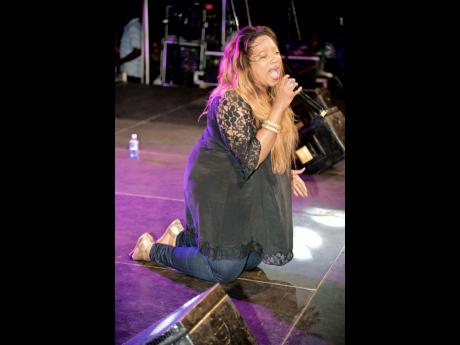 Mark Titus
Keirra Kiki Sheard, went all out in praise. 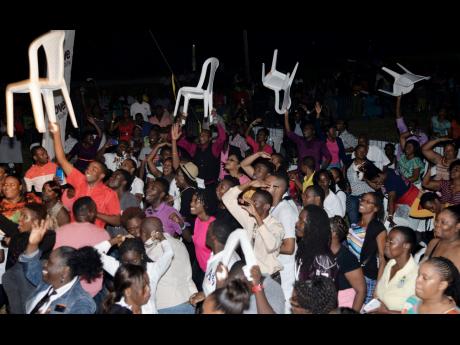 Mark Titus
Members of the audience lifting chairs in the air, as they gave high 'Praise' on the Beach
1
2
3
4

The voice of hundreds of worshippers took on a skyward trajectory last Saturday night as the Dump Up Beach in Montego Bay came alive with the inaugural staging of the Praise on the Beach gospel concert.

One could not differentiate denominations, as all the patrons were in one accord, putting denominational issues aside and giving praise and in one voice, proclaiming the power of Jesus Christ.

It was the lyrically accomplished Urim7, which opened the show with songs such as Messiah and Never Stop Searching, setting the tone for the anointed Kimona Brown Lowe, who showed why she is one of the most sought-after artistes on the local gospel circuit at this time.

Saxaphonist Craig Crawford, of the Craig Crawford Players, played a lively set and was then followed by Kerron Ennis, who had patrons dancing to some familiar Jamaican gospel hits.

However, it was Adrian Cunningham's introduction to the stage by Dr Bobby Jones, of BET; and Nadine 'Perpetual Praise' Blair, of Love 101, which lifted the event to another level. Cunningham was quite masterful as he had the patrons all but transfixed as he reeled off songs to include Lord I Love You, which had the entire gathering in a joyful frenzy.

no inhibition to worship

It was like a huge homecoming for American gospel and R&B singer, Keirra Kiki Sheard, the daughter of gospel singer Karen Clark Sheard, as the worshippers belted out every word of each song she introduced, showing no inhibition to worship. She glorified God as Indescribable, instigating an intense period of praise that enthralled even non-believers.

Byron Cage, best known for songs such as, Broken, But I am Healed, I Can't Hold It and I Give You Praise, did not disappoint, as he had the audience begging for more as he reeled off songs like I Will Bless the Lord, Thou Art A a Shield for Me and The Presence of the Lord Is Here.

Rondell Positive was in an indomitable form from start to finish. Known for songs such as, I'll Never Change, Sticks Nor Stones, More Than a Conqueror and Keeping Me Alive, the 'Reggae Worshipper' more than justified his selection on such a stellar line-up in arguably one of his best performances in the city of Montego Bay.

By his own standards, Jermaine Edwards gave an ordinary, yet acceptable performance with songs such as No Matter What The Circumstances and There Is Peace in My Soul. He also showed why he is a crowd favourite as he had the seemingly tireless patrons serving as his back-up singers throughout his set.

At the stroke of midnight, Minister Kevin Downswell entered the stage and made use of the supercharged atmosphere to declare, God Is Moving before ripping through his catalogue of hits such as, If It's Not You, and You Make Me Stronger, bringing the curtain down on a fantastic event.