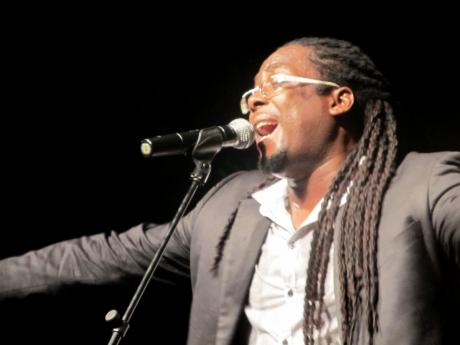 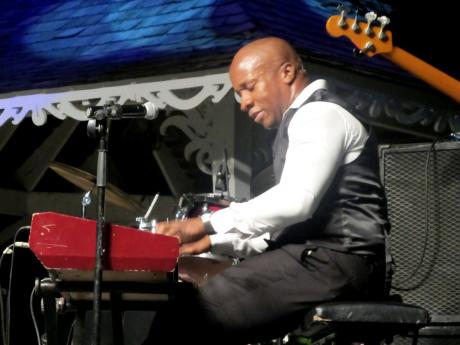 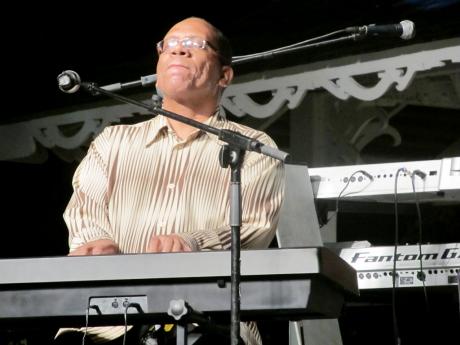 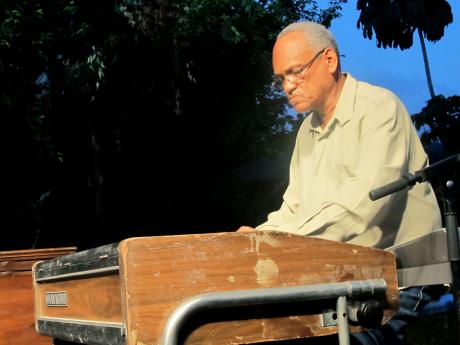 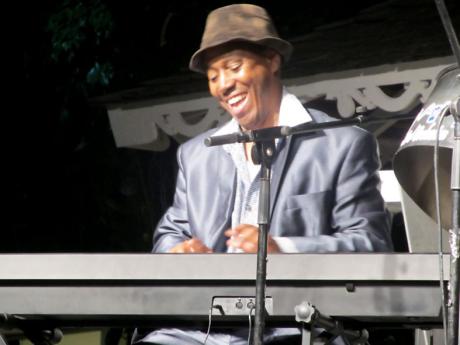 The popular Jamaican saying, "One han' cyaa clap", sums up the necessity of cooperation for success. And while a piano's black and white keys far outnumber the fingers of the human hand, the instrument cannot play by itself.

And instead of them simply meeting, why not have keys and fingers converse in the language of jazz?

That was at the core of Sunday's edition of the Jazz in the Gardens concert series at The Jamaica Pegasus hotel, New Kingston. Othniel 'Otty' Lewis, Robbie Lyn, Jon Williams, AndrÈ Campbell, Ozou`ne and Dwight Richards captured the senses in a musical operation code named Ivory Konversations,

Their weapons were five keyboards and a Hammond organ, arranged for maximum effect and efficiency on the low stage. They were reinforced at intervals by a drums and two guitars.

Lewis began the musical discourse with the uptempo September, following with a mesmerising, slower Cry Me a River. He ended his short but effective set with an original, God's Speed.

Lyn, with accompaniment from Desi Jones (drums) and Robert Browne (guitar), was next. He commenced his conversation on organ with Eric Gayle's Trio, then switched to keyboard and continued to captivate the audience with the nostalgic Feel Like Makin' Love. In his finale, Lyn once again changed instruments.

Williams' set included the original Happy Soul, as well as Foot Prints. He had the violin participating in the conversation. After telling the audience about his pleasure at witnessing his son's birth, Campbell played Christopher's Dream, among other selections.

In the concert's second segment, drama and variety marked Ozou`ne's performance. His dramatic entrance preceded his arrangement of The O Prelude and he followed with Anachronism O Wonder. Subsequently, he brought Dean Barnett to converse in the rich tones of the steelpan and Steph-Eyi to join in with her vocals.

The effervescent special guest, Dwight Richards, utilised voice and trumpet, starting out from the rear of the audience area with What a Difference a Day Makes. On the stage, he asked What's Going On and answered with Sitting in Limbo. Richards shared his original Sitting by the Seashore before moving on to a medley that included Rivers of Babylon, Pressure Drop and I Shall Not Be Moved. He also invited a guest, Tanice Morrison, to join the conference.

All the musicians returned to the stage for a finale that vocalist Ernie Smith described as a "jam that works". Smith celebrated his birthday on May 1, and was among the satisfied patrons at Ivory Konversations. He thought "the show was very, very, very good."

"It is very good to have people sitting down to listen to this kind of music. It gives me hope for music in Jamaica. And the guys [the musicians] were good ..." he explained.

The show got off to a punctual start, MC Michael A. Cuffe announcing a new feature, a raffle for charity. The beneficiaries are Best Care Foundation and Elsie Bernard Girls Home.

And during the cutting of the cake for audience members celebrating birthdays and other special occasions, the organisations' representatives explained their entity's work.

The next Jazz in the Gardens concert is scheduled for July 5, 2015.