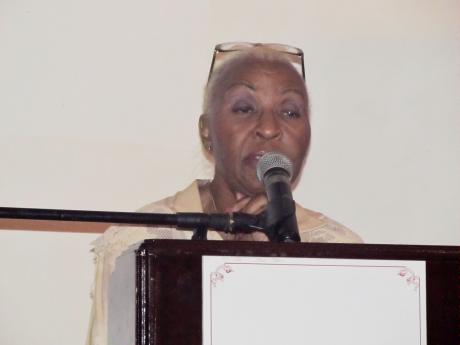 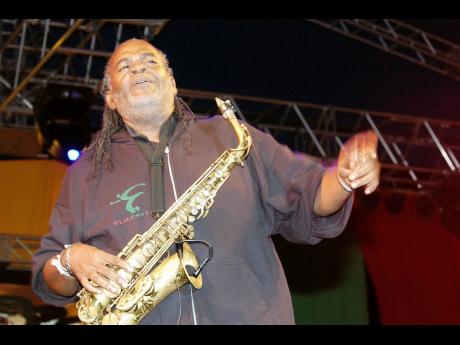 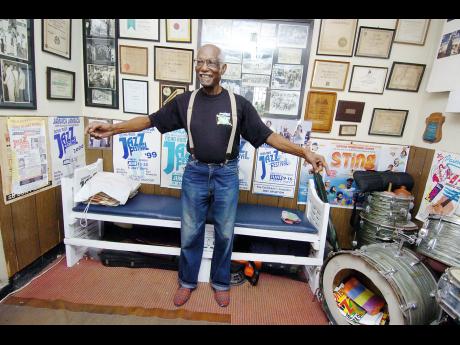 Ricardo Makyn
Sonny Bradshaw, in 2008, inside his music studio, which also functions as an archive of musical instruments and sheet music. 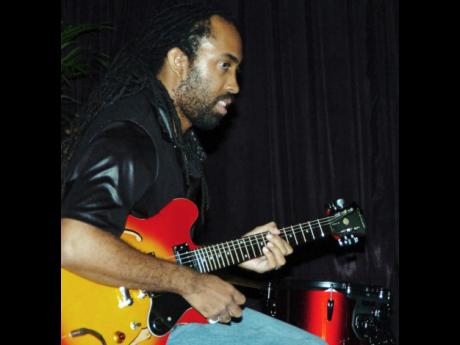 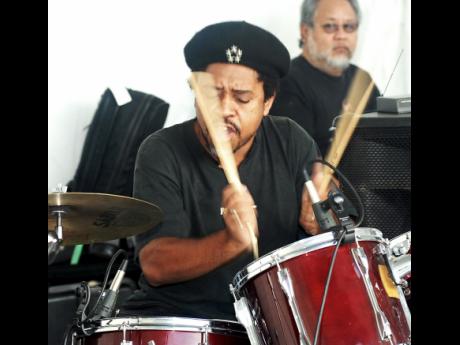 Director of the Jamaica Ocho Rios International Jazz Festival, Myrna Hague, was in a contemplative mood at Hotel Four Seasons, Ruthven Road, St Andrew, on Thursday at the media launch of this year's staging of the event.

Started by Hague's late husband, Sonny Bradshaw, the festival is celebrating its 25th anniversary this year. Nonetheless, various jazz events that have evolved over the years concern Hague, although she believes there is still room for the festival on the entertainment calendar. However, there is a need for modifications.

The major one is the dates of the week-long event. Still, the change should not alter patrons' expectations of an exciting week of jazz, starting Saturday, May 30, and ending on Sunday, June 7. The shift from the festival's traditional time means there will not be the accustomed Father's Day finale..

The reason for the change is increasing competition for patronage on Father's Day, thus the final day of this year's festival is being moved to June 7 to "take advantage of the lull".

Performing on closing day ("For the first time in a long time," Hague said) will be the Jamaica Big Band, along with saxophonist Dean Fraser. Also, patrons will learn more about Bradshaw, his arrangements of ska, mento and rocksteady, as well his jazz sensibilities, will be on full display. The Jamaica Military Band, the winner of the School Band Competition, and South African Lorraine Klaasen will perform at the closing concert. As was the case last year, the Royal Botanical Gardens, Hope, is the closing venue.

The second change announced was that for this year's festival, all the activities will take place in Kingston. This is to facilitate persons who previously had to travel from the capital to attend festival events.

Third, in keeping to one of its mandate to showcase new spaces, the 2015 Jamaica Ocho Rios International Jazz Festival will opening at the Ashe ensemble's Cargill Avenue, St Andrew, centre. Named Concert for Foggy, Hague said the starting event will be in tribute to "Foggy Mullings, a brilliant pianist, who died a year ago. The 25th anniversary will be used to draw a line under Foggy's career."

Conroy Wilson, artistic director of Ashe, who was one year old when the festival began, said he is delighted to be a part of the event as he fondly remembers being blown away by the two Sonny Bradshaw performances he experienced. One was at the Carib cinema in Cross Roads and the other in Birmingham, England.

Four Seasons will also host two free jam sessions, scheduled for June 2 and 3, and a Sunday brunch that had a very good turnout when it began but seemed to have lost its gloss in recent times, Hague noted.

Despite weak support for the festival's workshop/seminar, it has remained on the itinerary this year. Hague noted that music education in schools has expanded and the workshop is important for youngsters, as they need to know more about jazz. The workshop's venue has not yet been confirmed. Hague also hopes that jazz musicians will come out and participate in the workshop.

Another of the jazz festival's mandates is to give musicians the opportunity to play. Fans will also be entertained by guitarist Robert Browne and pianist Lloyd Denton from Spanish Town, as well as Ozou'ne, Ralph Holding, Marjorie Whylie and Desi Jones, among others.

Hague said she is grateful to the musicians for their support as well as sponsors, The Gleaner, Hotel Four Seasons and the Jamaica Tourist Board (JTB). Maureen Smith of the JTB encouraged persons to support "a calendar event".