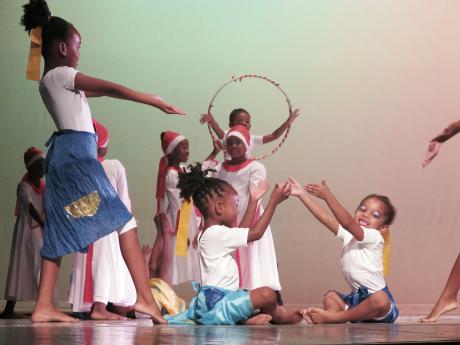 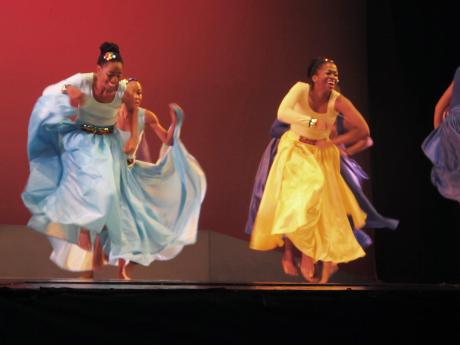 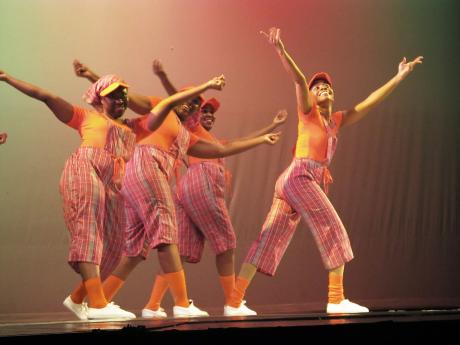 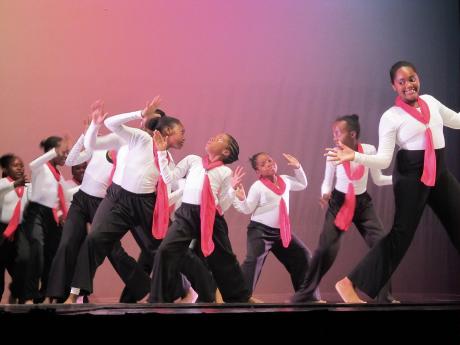 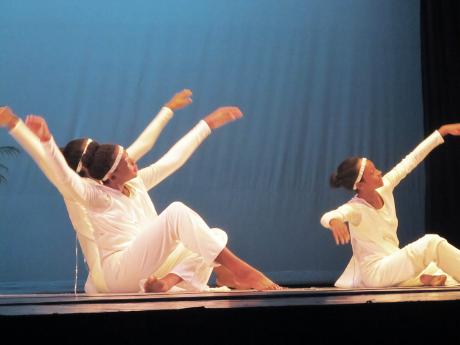 Invitations were issued to attend a dance concert, and those who accepted were blessed with outstanding creativity in different dance genres choreographed to well-chosen music and spectacularly presented. More important, the audience experienced the works of gifted and established choreographers, who guided talented dancers to not only entertain, but also minister.

Last Saturday, the stage of the Little Theatre on Tom Redcam Avenue came alive with the Praise Academy of Dance's vibrancy. It was opening night of the academy's 22nd season, dubbed 'The Invitation', in which there were six sections: invitations to fellowship, to repent, to intimacy, to be empowered, to be refreshed, and to surrender. There were two to four dances in each segment.

The show started with rumination on a time when "everybody goes to church". But while the section began with off-stage narration by Shermaine Barrett to senior dancers' movements, it was the Kingdom Pre-teens and Teens dancers who truly commenced the dance jubilee.

Their dance, 'I Was Glad', was choreographed by I. Wilson in 1999 and remounted for 2015 by S. Gordon. Clad in purple, pink, and green costumes and carrying fans to emphasise elegance, the young dancers gave a good performance against the backdrop of a church setting,

The KK1 dancers from Praise Portmore, who did 'God's Goodness', had the audience entertained. There was darkness while the tots got in position and one of the dancers let it be known that he or she did not appreciate the blackout. When the lights came up, in executing R. Daley's choreography, they showed that they indeed "got the dancing".

Of course, a few of the youngsters remembered a different routine - but not for long. From the strong applause that followed the dance, it was clear that their performance was highly favoured.

Section Two - Invitation to Repentance - had the night's most powerful message and creative piece in P. Earle's 'Gods of this World'.

Earle chose one of dance's basic movements - walking - for the dancers from the Dunamis and Davidic groups, who all wore black pants and jackets. Incorporating various formations, the astute choreographer had the performers exploring various levels, reaching with cell phones as if searching for a Wi-Fi signal, heads bowed as they sent text messages, and lying face-down, their feet raised.

In Motif Two, the dance shifted to a taboo topic, reinforced by Queen Ifrica's Daddy as the dancers reappeared in pajamas of various colours. Earle's use of Omari's Help sums up the tale.

The story continued in the academy's artistic director

Pat Noble's 'Hearts Cry', choreographed to Jon Williams' original score delivered in dub-poetry fashion. The militant 'Armour Up!' was choreographed by Daley and performed by the group Aspah (Kingston). Dressed in army fatigues, the dancers were on the warpath against a number of social injustices, including sexual abuse.

Section Three saw, among other dances, Daley's 'Closer Walk'. It was choreographed in 2007 and remounted by M. Bailey and N. Bain. The Dunamis dancers were appropriately attired for the jazz music utilised.

Sections Four and Five had empowering dances such as the 2004 'The Prayer', choreographed by A. Watson and remounted by Gordon. The ballet is set in a garden, with plants strategically placed on stage. Three young dancers wearing full white delivered their sermon with graceful body extensions and defined points.

Earle's 'If I Tell God' from 2007, remounted by Bain and Gordon, epitomised the joy of being refreshed. This was captured not only in the wide, multicoloured skirts of the dancers, but also their fast-paced movements. The 2004 'Revival' was choreographed by Trisha Lindsay.

Section Six had a dramatic set and entrance. Barrett, still off stage, made an altar call, which dancer Sharon Gordon accepted in the spotlight. In another remounted dance, 'Tabernacle', Gordon joined an all-female cast of dancers to appeal to the audience's spirituality. Not surprisingly, at the conclusion of the dance, the audience responded in church-like fashion with "Praise the Lord!''

The excellent programme ended with the full cast delivering another great performance in the celebratory dance 'Prologue: RSVP', choreographed by Bain.