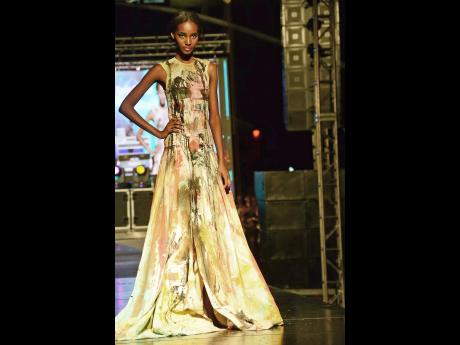 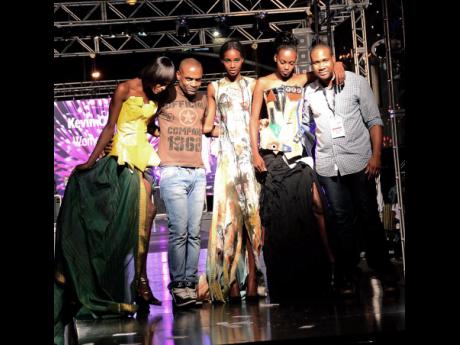 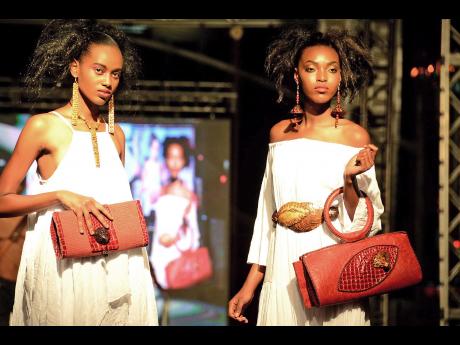 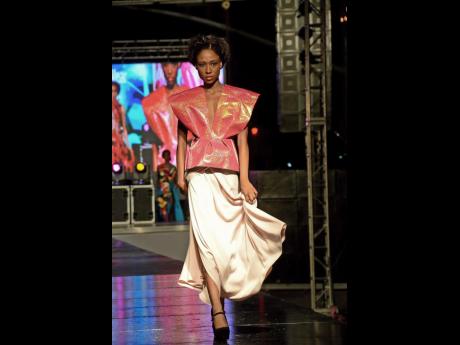 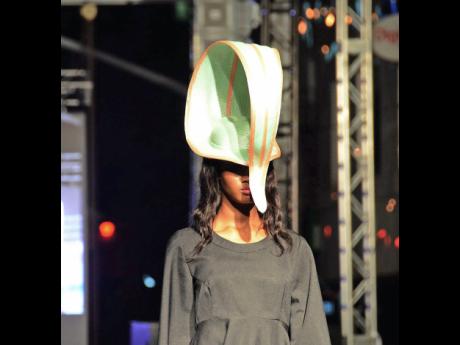 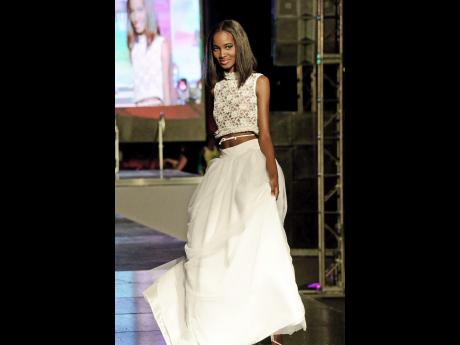 Set against the backdrop of tall buildings on the usually busy central artery of the New Kingston corridor, the largest fashion catwalk in the Caribbean came to life on Sunday night.

And so, not surprising, the event, in its 11th season, saw a large number of patrons gathered, and they stayed for the duration of the rather lengthy show. Organised by Saint International, Fashionblock 2015 saw presentations from Jamaican designers Cecela Davana, Nina, Pebble's King, Tasha Gorgon, Lisa McIntosh, Balla Sean, Karl Brown, Dexter Pottinger and Kurt Campbell, along with French designer Kevin O'Brian, among others. Their large collections showcased retail-ready designs ranging from swimwear to formal for the females, and casual to casual-business for the males.

And between the designers, Tricia's, gorgeous Beach Goddess, and Nina's intricately designed knitted swimwear; Karl Brown's 'Attitude'; Pottinger's Three D men's wear designs of black mesh; Campbell and O'Brian's painted on patterns; and the pick of the lot, Tasha Gordon's vivacious, colourful and thoughtfully presented collection, the fine line of Saint models were at their best. Each walk was a pronouncement of their unique swag, and fittingly, CEO of Saint International Deiwght Peters was proud, to say the least.

Each model was presented to patrons by the beaming creator and executive producer of the event.

"If you don't believe the stories, then you don't know what is really happening in fashion," he continued, "Saint International represents the highest number of Jamaican models working internationally, bar none. But tonight, you will get the chance to see them live on stage." He commenced his introductory speech after being called to the stage by the compere, Jerry Daniels.

And as the fantastic achievement of the models rang around the area, the young models from as far as Montego Bay and as near as downtown Kingston became more than just long-legged conduits of beautiful clothes, but people. Peters saved his highest achievements for last: supermodels Kai Newman and Tami Williams. Williams created history by appearing on the French Elle magazine cover and she joined forces with Newman to both appear in the US Vogue, among others.

Peters also announced to the gathering that there will be more historic exploits for his models. The Gleaner sought more information, but the steadfast Peters was only willing to say, "There are a couple of projects that our models are working on. Two of them brand new. When it's executed, it will be historic on many levels. The reality of it is that I cannot disclose until after it's done. It will jeopardise the contract."

Also appearing on the programme were items from sponsors Courts and Courts Optical. By placing stylish dining and salon chairs on the runway, the presentation was completed with six models walking in pairs and wearing fashionable glasses gracefully occupying each chair.

Sagicor Bank MasterCard and Campari also showed a fusion of some sort. Campari opted for a fashion challenge. Three aspiring models and designers were invited from the audience to the stage. The designers were instructed to create a dress from fabric provided, for their models, in five minutes. The models would then walk the runway in these dresses. The audience was the judge. Sagicor's route was easier, but just as effective. They commissioned designers Franz Christie, AndrÈ Rowe and Gregory Williams to create a Beijing-inspired collection that was completed with models walking with signs held like large pocketbooks, advertising their product.

And sometime after midnight, the fine night of fashion that also included entertain-ment from French-born Basil and music played by DJ Drew came to an end.

Above are some of the different designs that were strutted on the runway.