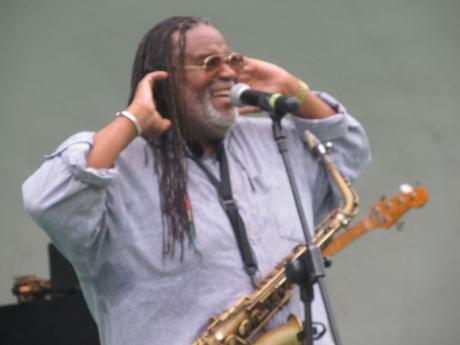 File
Dean Fraser was a hit with the audience. 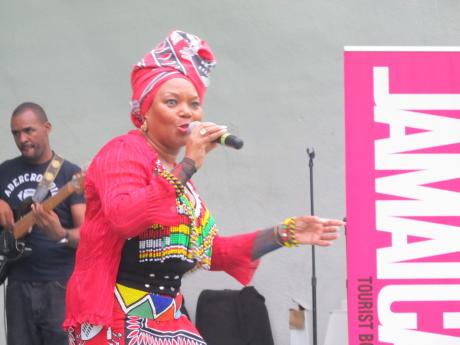 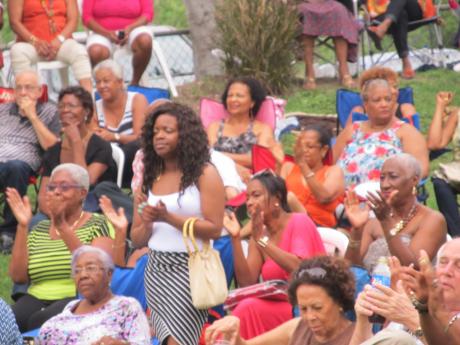 Marcia Rowe
Patrons were relaxed and at ease, as they enjoyed the showing at the Ocho Rios Jazz Festival. 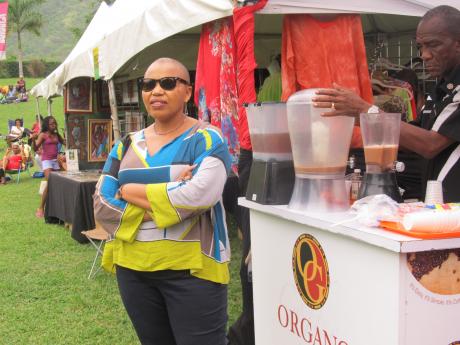 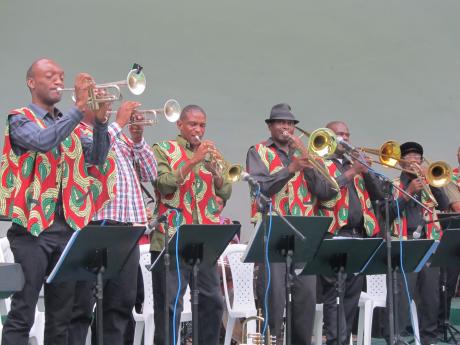 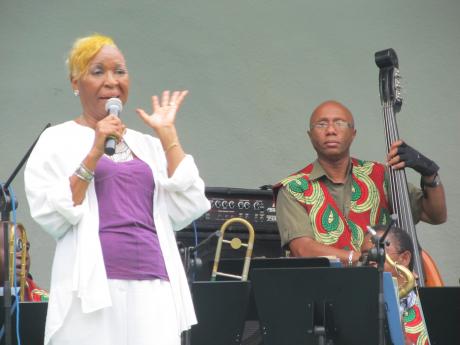 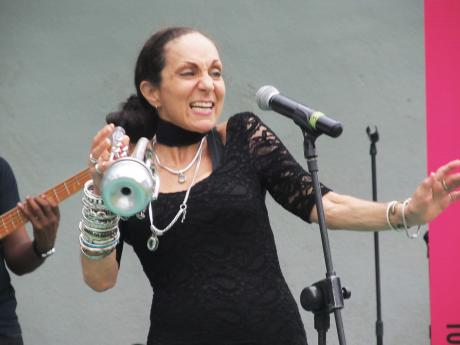 Sunday's staging of the annual Jamaica Ocho Rios International Jazz Festival left organisers and patrons in a good mood. The one week of activities was moved up on the entertainment calendar by two weeks, but that did not stop patrons from turning out. And while they were fully entertained with the sound of refreshingly beautiful music, performed by fine jazz musicians and vocalists, the organisers were just as satisfied by their support.

Myrna Hague, one of the directors of the festival, told The Gleaner that she was very satisfied with the turnout and the quality of the performances.

"I am very satisfied, so I think I am going to stay with this date because with Father's Day so busy now, staying away from it is the best thing for us. And so this is a wonderful afternoon. My artistes were amazing and I am very happy with the show. I am happy that people came and enjoyed themselves," she said.

"I quite enjoyed it - the environment and the vibe," Joyini said of her first visit to the festival.

She had no preference of artistes. "I enjoyed all of them that I saw and I really enjoyed the gentleman with the horn (Dean Fraser) and the lady from New York (Ginetta Vendetta)."

On the other hand, Hylton had been to previous Ocho Rios Jazz Festivals. She, too, enjoyed the concert and said the new date was good for her.

The closing show for the Ocho Rios Jazz Festival, which began 25 years ago, was once again held at the Shell Bandstand at the Hope Royal Botanic Gardens in St Andrew.

When The Gleaner arrived, Jamaica's Big Band, led by pianist Marjorie Whylie, was in the middle of a fine jazz selection.

Shortly after, the large band of mainly horn players, switched to a jazz-ska fusion in Carry Go Bring Come. And before songbird Hague joined them with the singing of St Louis Blues and Bob Marley's Waiting in Vain, the band followed up its ska union with a reggae-jazz mixture with another of Marley's hits, Small Axe.

Sunday's concert, dubbed 'Jazz - Hope Gardens', was dedicated to the memory of the founder of the Ocho Rios International Jazz Festival, the late Sonny Bradshaw. And not surprising, one of his favourites was on the bill.

Before the band played, Whylie told the audience, "I love this one, Mr Bradshaw always did." The piece, 'Licky-licky blues with a wanga gut belly in a dancehall Style', turned out, as implied by its title, was a jazz arrangement of Tiger's popular song, Wanga Gut. When the band members released the last note from their instruments, the audience was more than thrilled and showed their appreciation with sustained applause.

There were also performances from guitarist Robert Browne, trumpeter Ginetta Vendetta and saxophonist Dean Fraser. All three were accompanied by Desi Jones on drums, Dale Haslam on guitar and Chris McDonald on keyboard.

Browne commenced his set with a Dennis Brown classic, Love Has Found Its Way, and then switched to an uptempo Marley's classic, I Shot the Sheriff.

Vendetta, with her pocket trumpet, was quite entertaining in her singing, playing her trumpet and her chit-chat. After kick-starting her set with a new tune from her third album, she sought audience participation. When it was not forthcoming the way she anticipated, she chided, "Put your hands together. This is not a video!" (Implying that she was doing a live show). The stylishly dressed American ended her set with another original, Step Off.

Dean Fraser, who has not performed on the Ocho Rios Jazz Festival stage for some time, showed why he is considered to be one of Jamaica's finest. While he was great with all his pieces, it was his performance of Diamonds on the Soles of Her Shoes that many will not forget. He closed his set by taking Redemption Song to the audience.

Montreal-based South African singer Lorraine Klaasen was the closing act. She got her set going with a powerful rendition of the Click Song, her tribute to 'Aunty Makeba'. Putting her songs in context, that included her mother, Tanzania's culture and her love for Brazil, she sang the blues and more. Her love for Brazil was felt in the samba-jazz fusion, malika, in the jazz standard, Come and Teach Me Tonight, before closing her fine performance by going back to Africa with another of Makeba's song, Pata, Pata.

Other performers on the show were the Caribbean Palm Band, Andrea Campbell, and the winners of the 2015 School Band Best Band Concert, St Andrew Technical High School. MC was Michael White.