A Bangarang at Green Gables 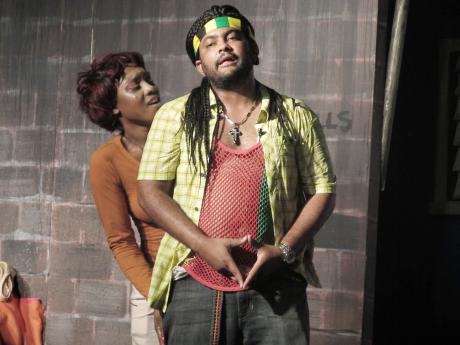 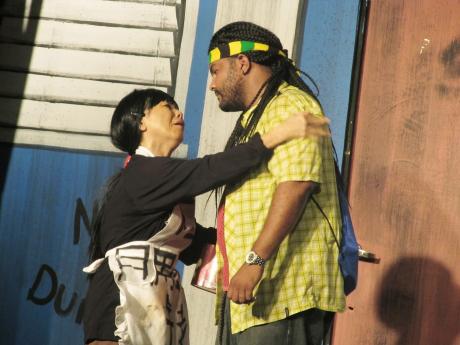 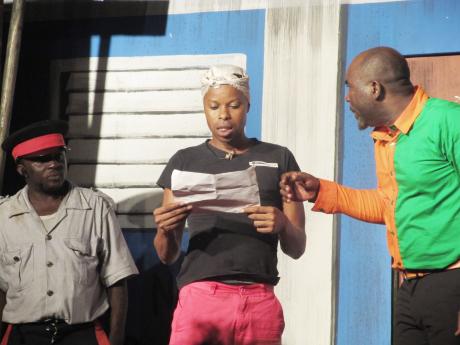 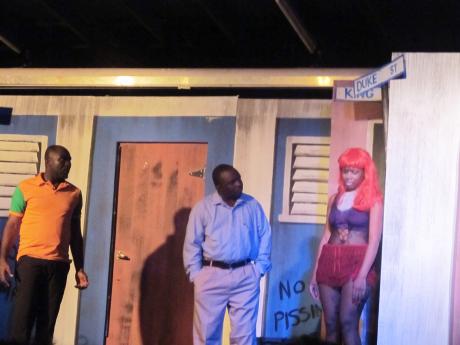 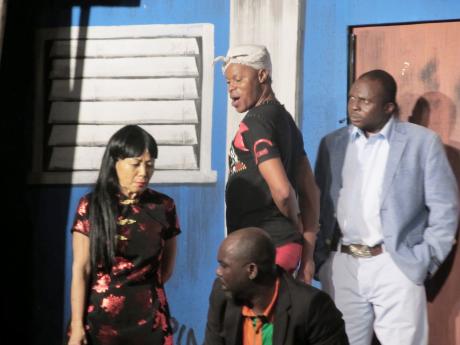 Bangarang means disturbance or commotion. This is the essence of the play of that name, written by David Tulloch, which opened last Friday night at the Green Gables Theatre, Cargill Avenue, St Andrew. The playwright, aided by convincing acting and commendable directing, addresses politics and social deprivation.

The main plot of Bangarang seems to be centred on a police officer named Shellaz (played by Patrick Smith). He has fallen in love with a higgler, Pearl Harbour (Monique Ellis), who moonlights as a prostitute. In an election season, humiliated by Pearl and others and realising that the current candidate does not hold the interest of all the people, especially those who work on Princess Street, Shellaz decides to contest the seat.

Before Shellaz commences his political pursuits he makes his last and most important arrests.

In a somewhat pitchy-patchy plot, Tulloch delves into waters with strong currents. Instead of supporting the new candidate, Michael Justice (Christopher McFarlane), Pearl and Shebada (Keith Ramsay) cling to memories of the days of deceased don Sparky. And Miss Chin (Terri Salmon) plans with Justice to fund his campaign with a promise that as the member of parliament he will allow her to expand her business.

The plan allows her to purchase all the properties along Princess Street and beyond.

Although having Preacher voice the social ills of the street, the playwright quite cleverly submerged the political and social commentary under numerous laugh lines.

Director B. Lloyd Allen and his cast successfully reinforced the comedy. Leading the actors is Ramsay, who was the main conduit for the comedic lines and expressions. While Shebada was obviously a one-dimensional character, showing little growth emotionally or otherwise, there was no denying that the actor was clinical in articulating his lines with great timing and seemingly little effort.

Smith was quite believable in creating Shellaz, who showed tremendous growth. In mannerisms and gestures, he was just as convincing as the lovesick buffoon as he was the figure of authority at the end of the story.

Allen and the costume designer did just as well in camouflaging the political commentary. Justice, as the candidate for the third party, wore an orange and green shirt, while candidate Shellaz was attired in blue and grey. The costumes were not only worn to symbolise parties, but also show a new day.

For the most part, the director moved his actors quite well; all the acting areas were fully used. He also prevented the audience from being caught up in the unfolding politics, but Allen may want to temper Ramsay's tendency to be excessive in his off-script banter with the audience.

It was not clear why on some days Shebada had clothes to display and on other days he does not, especially as he did not sell the items. Allen may also want to address the obscure exits by Pearl for no apparent reason, as well as explain why there were no people other than the characters, or traffic sounds throughout the production.

Bangarang's single setting is at the intersection of Princess, Duke and King streets, at the back of Miss Chin's place of business. The colours of the set captured the neglect and decadence, but there was also a feeling of claustrophobic unease. The set also has an imposing look on a stage too small for its size.

The production is worthy of seeing if you are truly into comedy, but note that it is not for children due to its adult content.