Postponement gets audience closer to Sanchez, Half Pint 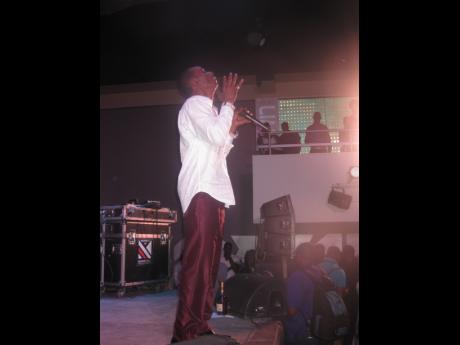 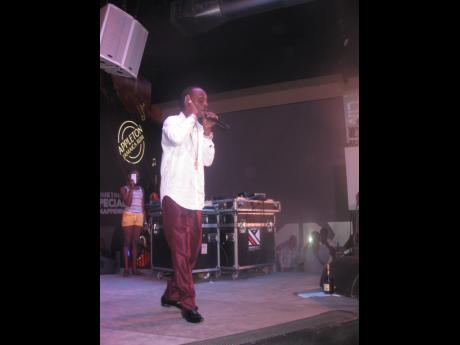 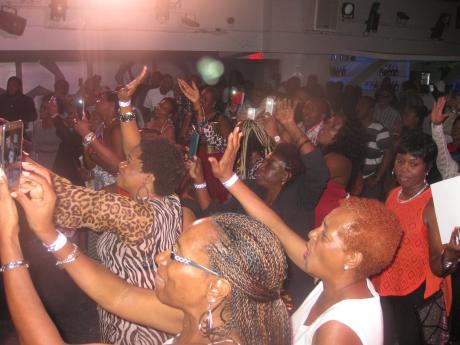 Mel Cooke
Members of the audience enjoying an intimate showing on stage from the performers. 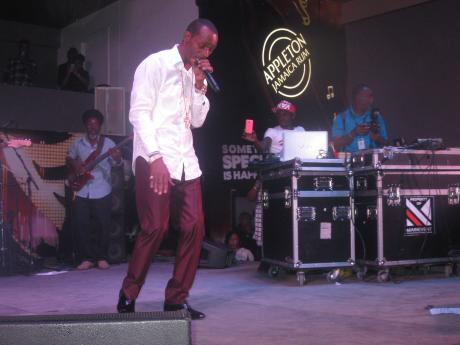 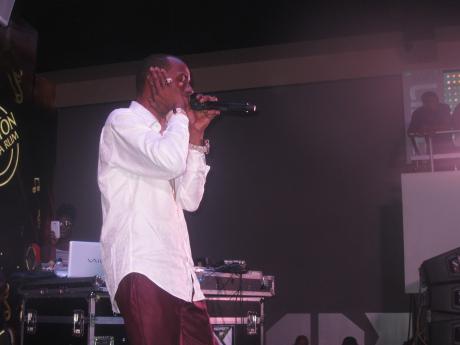 The late postponement of a concert with Sanchez and Half Pint at Club Famous, Portmore, St Catherine, originally scheduled for Saturday, may have significantly reduced the audience on Sunday. However, fewer numbers meant that a higher percentage of the audience was able to get really close to the stage action and the women, especially, took full advantage.

As a result of the intensified experience for both performers and audience, close to the end of the night, Sanchez gave heartfelt thanks from himself and Half Pint. And Geefus of Stone Love Movements, who also did introduction duties for the night, promised that the concert would be staged again next year.

Half Pint is able to deliver variety, with a catalogue that includes the anthemic Greetings, Winsome, and Two To One, which deals with male-female relationships; Level the Vibes, which encourages social unity; Mr Landlord, expressing the frustration of those without property; and Money In the Bank, exploring social stratification.

Sanchez, who followed, went further in the range of his offering, doing R&B with John Legend's All of Me; gospel in You Raise Me Up; and paying tribute to Tenor Saw in a combination of reggae and gospel with Roll Call. And, of course, there were his originals like Never Dis The Man and favourite covers including Air Supply's Here I Am.

The last was the song Sanchez started out with, stepping out on stage in a suit with white undershirt and grey tie, matching jewellery on both wrists and dangling on his chest. The ladies, especially, screamed for his voice, several of them clustering at the front of the stage, maintaining their position and pitch throughout Sanchez's stage time.

Sanchez kept the songs going through to the do-over of Lonely Won't Leave Me Alone when the jacket came off, later followed by the tie, which was stuck in a back pocket, one end trailing. The swinging pendant was handled more carefully, passed over to someone at the side of the stage.

Throughout it all, Sanchez's voice was in superb form and the band was in lockstep with the singer. Let Me Love You Down delighted the ladies, and Sanchez displayed his ability to deejay when he rode a mix chanting "love mi lover bad".

There were other recorded combinations for which Sanchez filled in for the deejay live, all to good effect. A touch of Wayne Wade's take on I Love You Too Much pushed the audience to a higher pitch and Sanchez changed the pace with All of Me.

Sanchez paused to pay his respects to his supporters, which "stuck with me, never leave Sanchez." He dedicated a verse of You Raise Me Up to those who were there, his voice tailor-made for gospel and a chorale on hand, and at the end many raised their arms to the club's ceiling.

There was gospel of the Jamaican kind in a clap-hand medley, which included Real Real and the wish to "lay down my burdens" to go back to a place where all will have a grand time up in Heaven. There was a revival in the souls present before Sanchez paid his respects to some deceased singers.

Dennis Brown's Here I Come was followed by the late Crown Prince's friend, the Cool Ruler Gregory Isaac's Night Nurse. Tenor Saw's Roll Call was a strong surprise selection, and Oh Mr DC was the tribute to Sugar Minott, but there was a palpable lack of synergy between band and singer on Coming in from the Cold.

Sanchez ended on a gospel high with Amazing Grace, delivered in his amazing voice to a Sunday night audience that revisited church.

Naturally, there was a recall to the stage, Sanchez returning with Never Dis the Man to very good effect. He introduced three deejays on stage, which, initially, worked well but dragged as they stayed too long while the audience waited for Sanchez to have a more prominent role in the stage action. He eventually did with Frenzy, the audience members doing as required when he asked for the hands of those who loved ladies, and the concert was soon over.