More than a blast - Fireworks have meaning for organisers, sponsors 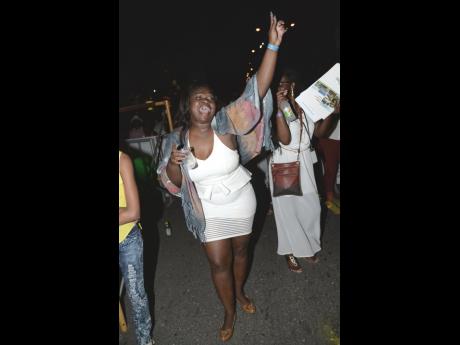 Jermaine Barnaby
A lady in high spirits at the Kingston Waterfront on Thursday night. 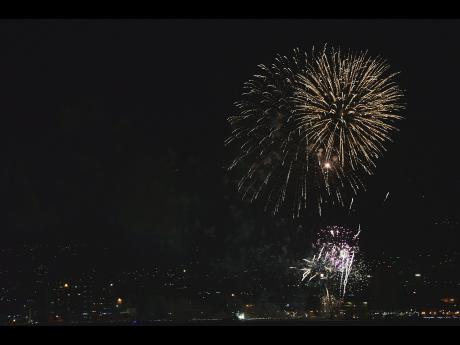 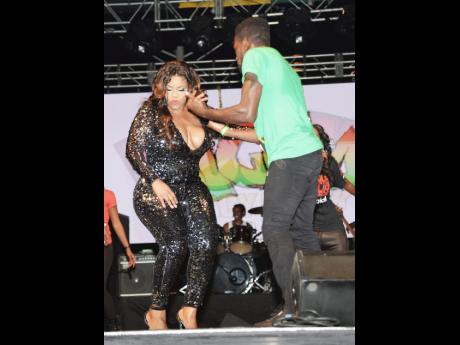 Jermaine Barnaby
Miss Kitty (left) with one of the Digicel dancers. 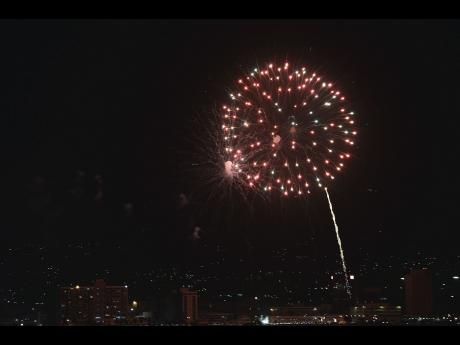 Jermaine Barnaby
One burst of the fireworks that lit up the Kingston Waterfront as 2016 began. 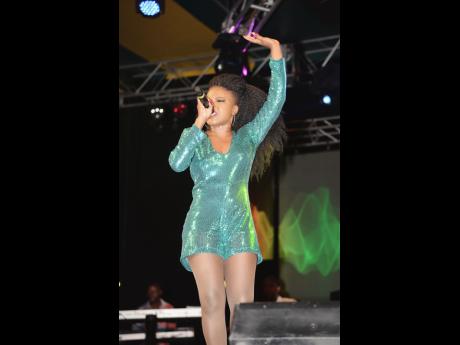 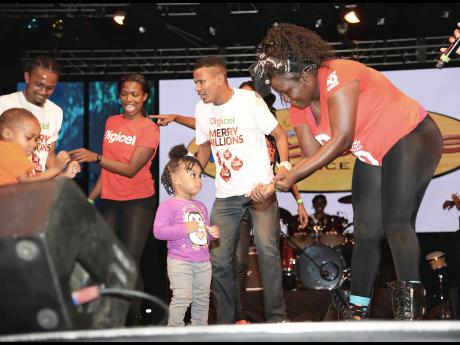 Jermaine Barnaby
Little Joel Thomas dancing up a storm with the Digicel dancers at Fireworks on the Waterfront, downtown Kingston. 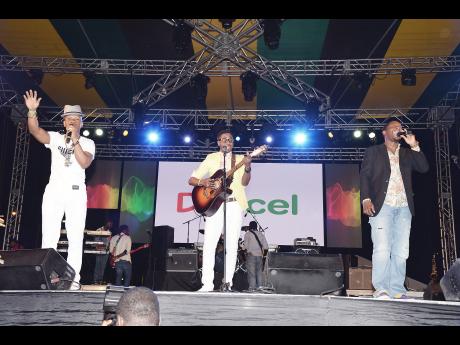 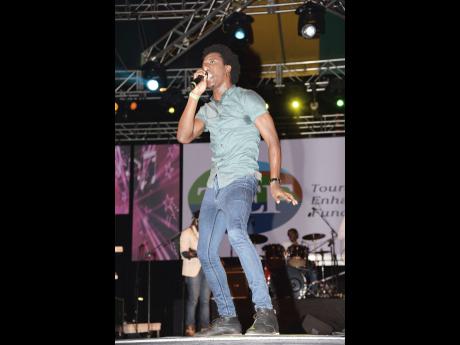 Jermaine Barnaby
Romain Virgo performing at Fireworks at the Waterfront, downtown Kingston, which brought in 2016.
1
2
3
4
5
6
7
8

On Thursday night, a wide cross section of persons converged on the usually tranquil Kingston Waterfront to ring in the New Year. They were treated to not only more space than in previous years and good entertainment, but also an innovative spectacle.

"Outside of the spectacular in the air, you saw the falls, almost like Dunn's River Falls. Dunn's River Falls is the UDC-operated attraction, so we want to give that sense." Lorna Clarke, director of Corporate Communication at the Urban Development Corporation (UDC), shared with The Gleaner. UDC organises the annual event.

Not to be outdone, Digicel added an engaging symbolic spectacle.

"We were welcomed when we moved down here, and this is a big part of the happenings of the downtown calendar. Every year, it gets better, and we experience January morning with our customers, and to basically have fun," sponsorship executive at Digicel Jamaica, Sandra Ledgister, stated.

"This year, we wanted to add a new element, not to outshine the fireworks, but we got zygote balls, lit balls that you can interact with. We move them from the front of the stage to the back, so that everybody gets a chance to send the balls to the back. We're basically rolling away from 2015 to rolling in 2016," Ledgister said.

Fireworks on the Waterfront 2015 was held under the theme 'Hope, Renewal, A New Year'. The MC was the spirited Miss Kitty, and the line-up of acts included Digicel Rising Stars 2015 winner Jody-Kay; one of her runners-up, Anna Maria; and former winner of the competition, One Third.

Judy Mowatt, Rondell Positive and Kevin Downswell supplied the religious element, and international reggae artiste Shaggy made a cameo appearance. The musical curtain closer for the event was Romaine Virgo, who he shared with The Gleaner the reason for one of his selections, Fade Away.

"It's really a song that is letting the people know that bad minding your brothers and sisters will not put you anywhere at all. You just need to try and uplift yourself in love. That's the only way we can move on, if we just put love in our hearts," Virgo said,

Fireworks on the Waterfront also offered its patrons refreshments in one form or the other. VIP patrons have to thank sponsor Jacqui Tyson for their servings, but for her, the event is more than providing the culinary. "It is the one national event that brings people of all social classes, characters (and) styles together in one space to celebrate such an unforgettable moment, the passing of one year and the bringing in of another," Tyson said.

She was particularly pleased to see people come out with their children, as well as older and single people "come out to share the vibes".

The father-and-daughter pair, Patrick and Sharia Rose, said, "Everything was good. The vibe was good and the crowd was good." Both have seen the fireworks before and said "it was usually good".