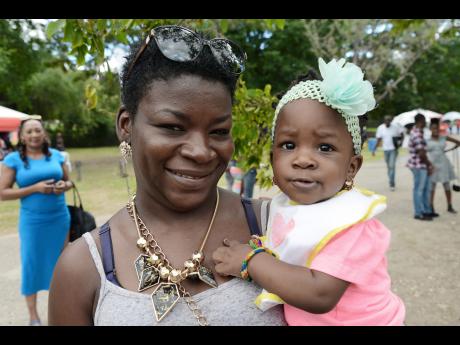 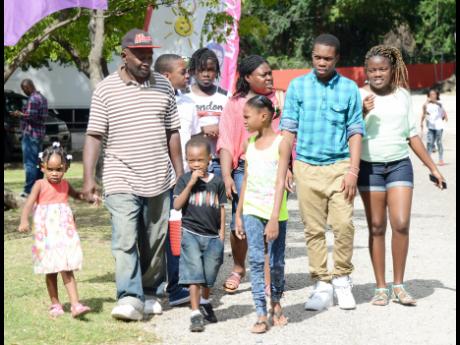 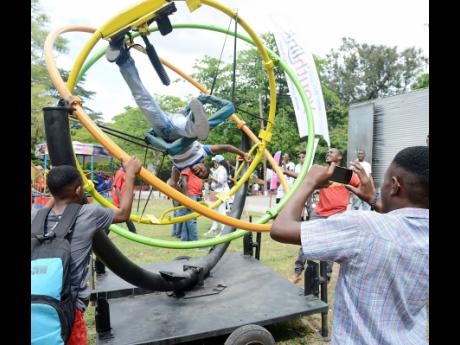 Ian Allen
Maleek Blackwood is topsy-turvy in the Happy Try while attending the Lasco Family Extravaganza.
1
2
3

It was all systems go for a day of fun, food and frolic on Boxing Day at the Lasco Family Extravaganza. However, although there were rides galore, many patrons left the event disappointed, pointing to the lack of proper organisation as the reason for their displeasure.

Held at Hope Gardens, the event drew a large crowd. People were out in their numbers from early and ready for a day of non-stop fun. Ride-all-day bands were a hit. $1,000 giving children access to all the rides on the ground. But despite the bargains, many guests said they didn't get value for their money, as their children could not fully access rides.

Parents not only complained about long lines to get on these rides, but also voiced complaints about the lack of proper monitoring. Parents were upset that their children were being hurt on attractions such as the bounceabouts, because no one was monitoring the lines.

One irate parent told The Gleaner that she had to remove her child from the bounceabout after several bigger children entered. "I had to go and take my baby out because there were too many big kids going in there," she said. "They started stepping on her, and she just couldn't manage. I am disappointed with the organisers, because there should be people here monitoring these rides. You can't have big kids and the smaller children in the same place. Someone's bound to get hurt."

When The Gleaner spoke to one of the workers at the Family Extravaganza, she said she was not aware of the problems. "I have not heard about anybody getting hurt. There have been people monitoring the rides all day. Whenever one of us is going on a break, someone else comes and takes over, and you cannot get on the rides without a band or your ticket," she said.

Patrons also complained about the overall experience, comparing the event to a similar one held the previous week at the same venue.

"I was here at the other fun day last week, and it was way better," one parent said. "You had more food options and more rides. Overall, it was better than this. The children had so much fun they didn't want to leave; today, not so much. In fact, they have been bugging me to go home for some time now."

She had some advice for the organisers on how to improve the experience next year. "Just ensure that the monitoring of the rides is a bit more on point next time, and get some more food stalls. Children love variety," he said.

However, he applauded the organisers on the entertainment offering. "The entertainment on stage was good," he said. "Both parents and children enjoyed that. It was good, clean fun; and the fact that prizes were won made it even better."