A comedy of ‘Same Difference’ 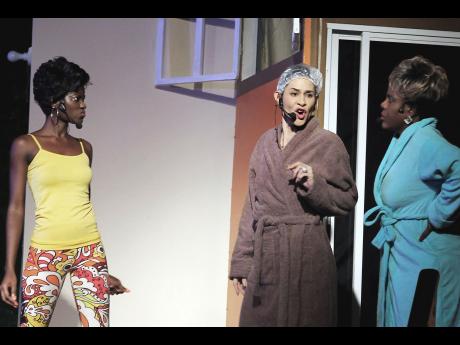 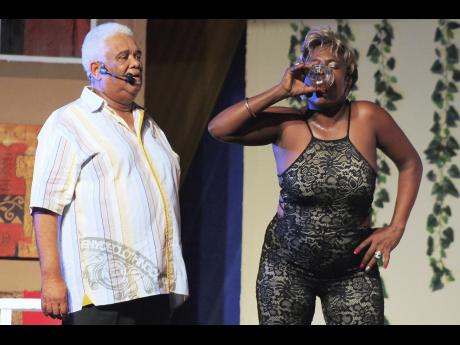 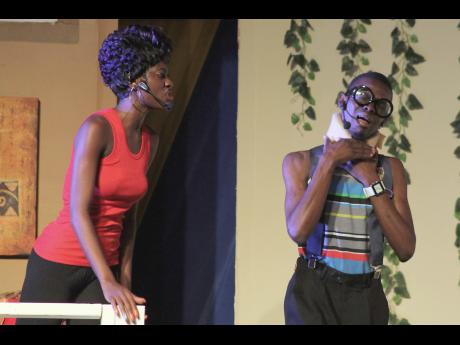 It is not by coincidence that situation comedies are usually seen only on television, and they are no more than 30 minutes in length. In Dahlia Harris' full-length play, Same Difference, the reason for this became clear.

Harris' script generated the desired laughter by placing the audience in the know. This was achieved through dramatic irony, and she and her cast maximised the use of this technique with astuteness. They did so with superb timing in the entrances and exits by the characters who subsequently caught each other in uncompromising situations, this to the delight of the audience who knew otherwise.

But alas, creating a plot or following a story that evolves from a succession of such situations can be very tedious on the senses; it may distort the story, resulting in a feeling similar to driving on a winding road for a sustained period of time. At the end of the journey you are exhausted.

So it was with the plot for Same Difference, seen recently at the Karram Speid Auditorium, Merl Grove High School, on Constant Spring Road.

The story seems to be more of a tale of much ado about nothing. The action unfolds in the backyards of two adjoining homes, in an upscale neighbourhood, and tells of a feud between two females - Mindy (Deon Silvera) and Liz (Maylynn Lowe), whose lives interconnected before they are seen on stage. Through a progression of anticlimactic moments, the two carry out their vendetta in a tapestry of deceptions. Caught in the middle of their dispute are Liz's kind and unsuspecting husband, Buster, a medical doctor played by Volier Johnson, and Mindy's children, the feisty Candy (Shantol Jackson) and the annoyingly educated Ivor (Desmond Dennis).

The play's dialogue reflects modernity. The lines are short and easy to follow. The roles were well casted too and, over all, the acting was good. The actors were clear on the importance of the timing of their entrances and exits, in keeping with the play's hybrid genre. However, their tendency to shout, in spite of wearing microphones, not only affected articulation but was quite jarring to the ears.

Nonetheless, commendations to Silvera and Jackson in playing their respective roles. They were both believable in depicting the emotional changes required for their respective characters. However, Johnson's characterisation of Buster was somewhat flat; this, in part, may be due to the laborious way in which he moves the character, physically and vocally.

In Liz, Lowe delivered a character with a steady dose of anger, in other words, she too created a one-dimensional character.

Harris in her role as director has shown growth. In her directorial duties, she moved the actors with some amount of stage intelligence. All acting areas were used effectively, likewise her exploration with levels. Her failure, though, was not to have established one acting style with her cast, as well as to work with them on articulation.

To say the venue was ideal for the set is an understatement. While there may be issues with the illusion of the size of the upstairs bedroom, especially at Mindy's house, the set was quite impressive. From the choice of furniture, the colours of the walls and the general aesthetics, it reflected an upscale decor. The props and the costumes were also well chosen and reinforced the characters' status and personalities.

Overall, Same Difference is a play with some entertaining differences. It deviates from Harris' usual religious drama, but is still worth seeing. Note, however, it is not for the entire family.