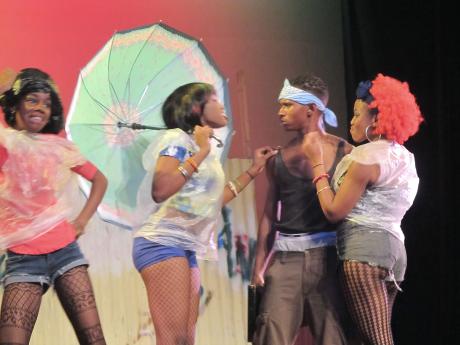 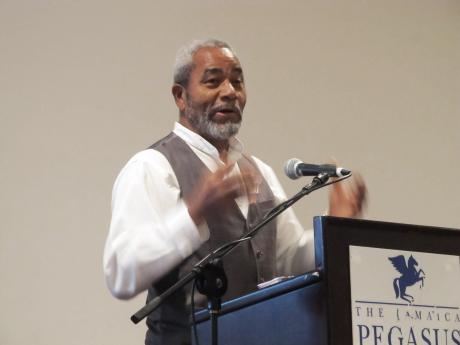 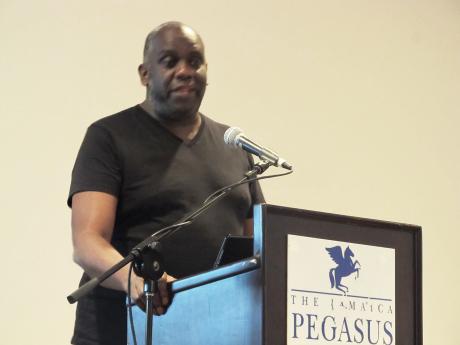 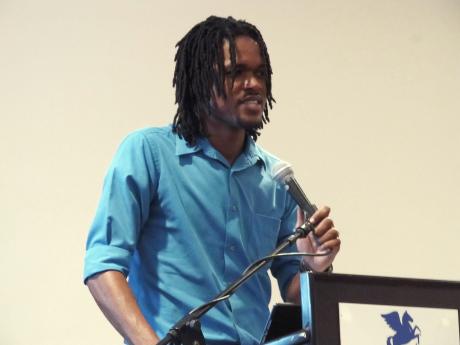 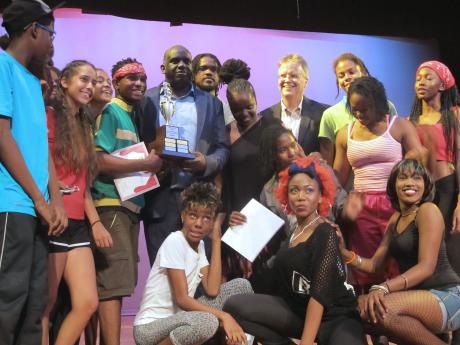 Sewell said the contingent from the winning school, Campion College, will leave for London, England, on March 26. In the United Kingdom, they will give three performances of their interpretation of William Shakespeare's Macbeth. One will be in London at the City Hall, to be hosted by Mayor Boris Johnson. It promises to be a great occasion.

"What we have decided to do is to have the local communities come out, so the Jamaican community will come out and see theirs, as well as others. Also, there will be plays from China, Hong Kong and the United Kingdom. Their plays will be 30 minutes as well, and we are hoping that the Jamaican one will be the highlight," Sewell said.

After the London performance, the group will go to Birmingham for another performance, and then a third in Lewisham. In addition to sightseeing, the Campionites will be "sharing their Jamaican culture with students" in workshops.

Radcliffe, the winning teacher of Campion College, said the process was good. He found the competitive nature of the rounds exciting, but the initial stage was difficult. He is particularly excited for his students, who will be going to learn and share. He thanked Sewell for the prize from "visa to stage".

There were some lessons from season one. Sewell said schools are asked to "lively up Shakespeare; to look at the plays experimentally in a Jamaican context with a little more than putting on accents. We are not really interested in classical versions of Shakespeare. We really want the drama teachers to be experimental. The plays that made it to the top three at least tried to do that. And that's the way forward."

Four high-quality mentors who interact with the participating schools will be linked closely to the judging process. This will ensure consistency between the mentors and the judges, especially in schools where the play will be directed by a teacher of English, instead of a drama teacher.

The 2016-2017 Shakespeare School Championship Competition will be televised. The entire series will be shot, allowing viewers to see every stage of the competition. Mark Kenny of MJK Productions has been given the responsibility, however, there will be no voting to select the winner.

The website www.shakespeareschoolschamps.com is the hub for information on the competition, and guidelines and application forms are now available. All high schools in Jamaica are encouraged to apply.

The website will also allow the competition's organisers to show the Campion team on their prize trip in the year of the 400th anniversary of William Shakespeare's death.

Schools will also be able to go to the site and get information on Shakespeare throughout the year. "It can't be about Shakespeare as entertainment. It is also about Shakespeare in the school curriculum, and we want to get involved in that process. As you know, English literature is on the CXC (Caribbean Examinations Council) syllabus. We want to make sure in this process that schools will be producing the CXC play for that year, so it's not just the play for the competition. That is important, but also it's getting involved in the literature process," said Sewell.

Johnston, representing the Ministry of Education, concluded his remarks by saying the Ministry affirms what is being done through the competition. "It is good," he said.