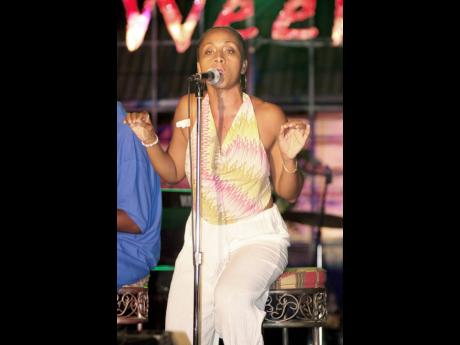 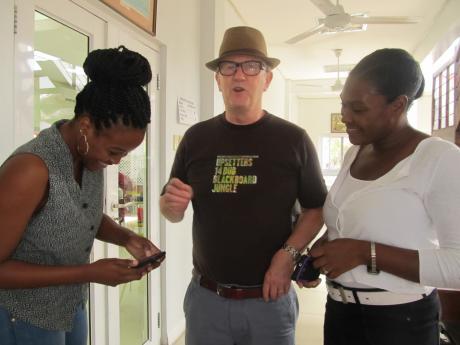 FOR THE last three years, and previously, a team from the British Broadcasting Corporation (BBC), under the banner of BBC 1XTra, has been making the trip to Jamaica, “to recharge their musical battery”.

This year, one of the focus is on women, to be aired as a special programme, ‘Sisters Rocking’, on the David Rodigan in Jamaica, show.

On Saturday, at a recording and video session of the St Andrew High School for Girls Choir, at the school’s campus, The Gleaner caught up with Rodigan, who provided information on the show.

As Saturday was also the birthday of Bob Marley, he shared his first encounter with the deceased reggae icon, one that led to Rodigan premiering Marley’s song, Could You Be Loved, on his show.

Rodigan met Marley in 1980 while walking up the stairs at Island Records.

Bob, who was coming down the stairs, was returning from a Zimbabwe show.

“I could not believe it. So I broke all protocol, jumped in and said, ‘Bob, I am a DJ. I am on Capital Radio. Please come on my show tomorrow night’.”

Subsequently, Marley agreed and asked him if he would like to hear a new song that he had just recorded. He said yes, and Bob took him into a studio at Island Records, where he listened to the music.

When it was finished playing, Bob asked him, “David what do you think of the mix? Do you think that mix is good for AM radio here in New York or FM?”

And Rodigan told Bob it was a good FM mix.

The following day, Marley arrived for the interview and at the end he said, “This is world exclusive and we pressed play.”

The song was, Could You Be Loved. On the BBC 1XTra team’s visit to Jamaica, Rodigan explained, “We come to Jamaica to recharge our musical battery in terms of what’s happening on the island, because we play reggae music and dancehall music on Sundays in the UK and that is heard worldwide – BBC is a worldwide broadcaster.”

ECLECTIC MIX ACROSS THE BORDER

He added, “It is essential, we believe, to come here and take the temperature of what is happening. Who is hot, who is new and also paying full respect to the vintage artistes as well. So we cross the border, it is an eclectic recording of music that we perform, free selection and free styling. So we look at dancehall music, we look at roots rock reggae, and we look at dub music.”

And the gathering of such material was done for a week, spanning a number of studios such as Big Yard and Tuff Gong, and gigs at Mandela Park and Wickie Wackie Beach.

However, they began their week on Tuesday at Anchor Studio, to record a special session called ‘Sisters Rocking’.

Rodigan explained the rationale, saying, “That is us pushing for equal rights for women in the performing arts, particularly women in music. We believe we got something to say and we want to air it. We believe these women are seriously talented, and to say it’s a preserver of male is ridiculous.”

This push to address gender equality in the music industry saw female artistes such as Tanya Stephens, Marcia Griffiths, Queen Ifrica, Shuga and Nadine Sutherland among those selected for the recording session.