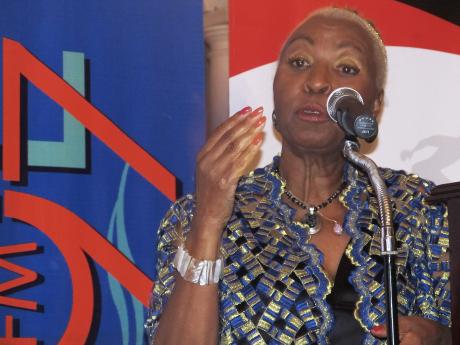 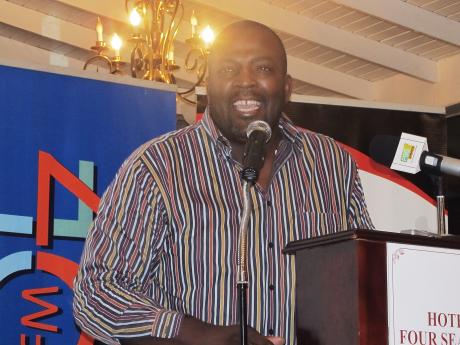 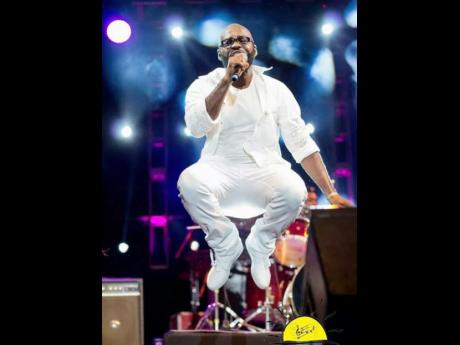 If Lennon 'Lenny' Crooks had had his way, last season's staging of the annual Simply Myrna would have been the last. However, event patrons Sir Kenneth and Lady Hall, along with fans, had other ideas. This resulted in not only the sixth staging, to be held on Saturday March 5, but also a promise that Simply Myrna may continue to a 10th season.

Crooks, producer of the show, spoke of this and more in his opening remarks at the media launch of Simply Myrna 2016, held at the Four Seasons Hotel in St Andrew last Thursday.

Along with Myrna Hague, the show will feature Harold Davis and guest artiste Richie Stephens. The venue will change from the Courtleigh Auditorium in New Kingston to The Formal Gardens, Devon House.

Crooks said after organising and executing a successful Devon House 134th Anniversary Benefit Show, he was asked, "Why not bring the Simply Myrna show here?"

"We hope to have a bigger crowd with a bigger venue," he said, promising a great show and more.

Hague, who began her remarks with gratitude to those who have given their support and allowed her to fulfil her dream, also hoped for a great show where everyone will have a good time.

She is also very excited about the Devon House venue, although she is "going to miss the Courtleigh Auditorium because it is a home and a wonderful theatre".

She said: "I love it there (Courtleigh). It is very intimate and I know how to work the room. Devon House is going to be something different."

Her remarks also included a brief lesson on jazz music in Jamaica.

The Simply Myrna show is an opportunity to showcase her experiences.

Announcing the two featured acts, Hague said Simply Myrna has allowed her to work with people she would not otherwise have had the chance to collaborate with. There are plans to have a special opening for the concert.

Davis entertained the small gathering with what he classified as a Sonny (Sonny Bradshaw, the late husband of Hague) story.

BRINGING HIS 'A' GAME

As for his performance at Simply Myrna, Davis promises to go with his "A game. We will be going to have a good time. I am going to be doing a duet with Myrna."

Patrons should also expect to be treated to a variety of genres of music from the pianist and vocalist.

Along with the Sonny Bradshaw Foundation, McCam Child Care Centre will also benefit from part proceeds of Simply Myrna 2016. Hague shared that two years ago she was part of a fundraising show for the centre, and last year did one for them.

"We very much appreciate what they are doing at the school for the children with health and physical challenges. They do not have a lot of sponsorship, and they do not have a lot of financial support. And they really need all they can get. We feel that we are not just about music and entertainment, but we are also about community and so we really want to help them," she said.

"I do not think I will be on their fundraising show this year, so this is my way of contributing to their effort. We are about kids and our children are our future. And I am all about that." Myrna explained.