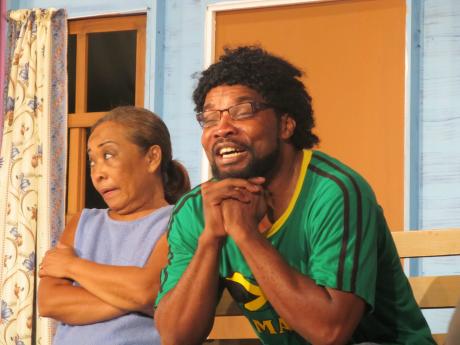 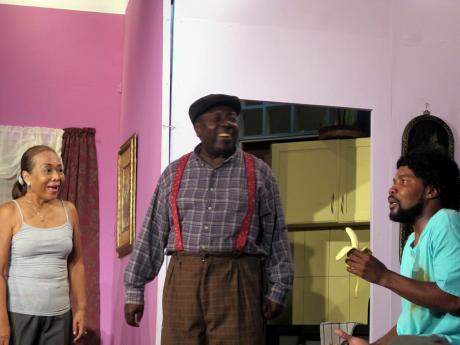 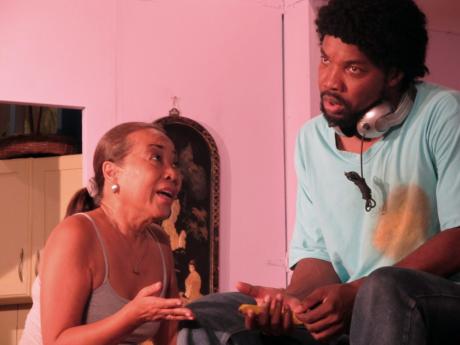 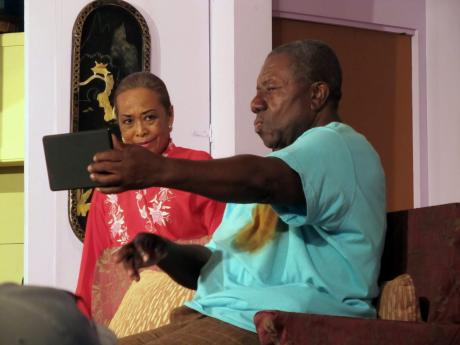 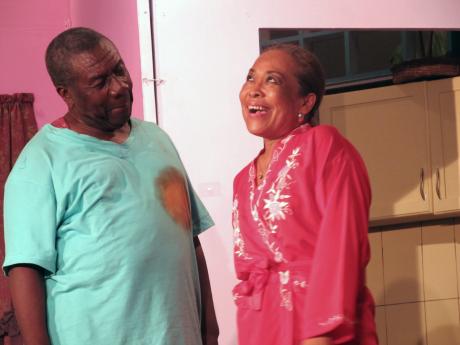 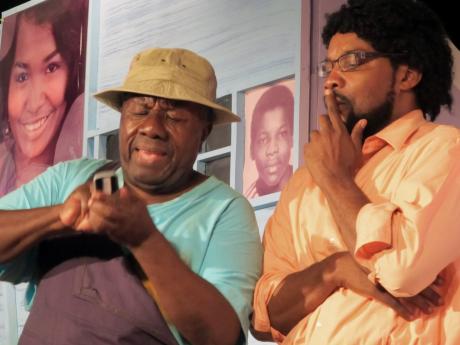 While there is plenty to laugh about in Basil Dawkins' latest play, Guilt Trip it is anger, not humour, that first greets the audience at the Little Little Theatre. And it remains the dominant emotion of Irene Jackson (Ruth Ho-Shing) and her visiting son, Morgan Hall, PhD (Dennis Titus), throughout the opening scene.

Thankfully, with the introduction of Steadman Hall (Oliver Samuels) in the second scene, the play's tone became more pleasant, albeit inconsistently.

Set in urban and rural Jamaica, the story unfolds like a jigsaw puzzle. After three years of studying in the United States, Morgan is home for a visit. And, as the pieces of the puzzle fall into place haphazardly, Morgan discovers that his mother has not only denied him knowledge of his heritage, but also some important information about his father.

Guilt Trip is an exploration of several issues, among them, the complex nature of the mind, embracing Jamaican culture, infidelity and the power of love. However, Dawkins attempts to focus on so many issues that he may have bitten off more than he can chew. This results in Dawkins resorting to the not-so-creative use of much reporting by the characters.

Fortunately for director Douglas Prout and his assistant, Toni-Kay Dawkins, the talented cast of three brought their A-game to the party on Sunday when The Gleaner saw Guilt Trip. Each was able to deliver their characters' story interestingly.

As a whole, the characters come across as complex beings. And all three had to dig deep to meet the demands of their roles. Titus was the most challenged and he was able to show the growth of a multidimensional Morgan with clarity. With the use of appropriate gestures and mannerisms, he moved Morgan from the naive intellectual discovering his culture to the shockingly temporary insane person, finally leaving as the mature young professor.

Ho-Shing was once again cast in a perpetually angry role. And while she executed Irene's rage with conviction, Ho-Shing's best moments were when the character's seemingly emotionally impenetrable demeanour changed to love. She not only captured this change in her voice, but also body language.

Samuels' character, Steadman, is no doubt the life of the play, despite showing the least growth. But the veteran comedic actor did not let that be a deterrent. Instead, he took full command of his character's lines and delivered each with his usual excellent timing and punch. The love scene between Steadman and Irene was made more entertaining because of Samuels' fine acting.

However, in positioning the actors on the stage, Prout and Dawkins showed signs of being overwhelmed by Michael Lorde's set. The designer's use of limited furniture not only created more space, but seems to magnify the small stage of the Little Little Theatre. But the excess space seems to have been a challenge to Prout and Dawkins, who moved the actors somewhat ineffectively. This is more noticeable when the characters are required to provide some background information.

While Lorde's set captures the characters' status and depicts an urban and a rural home, allowing for easy transition between the two, he may want to consider repositioning a few of the items or adding some more. This may help give the set a more believable appearance. However, Lorde's placement of doors and windows are spot on.

Quindell Ferguson's costumes are functional. They help reinforce the different stages of the characters lives, especially Morgan and Irene.

Guilt Trip is a good choice for the family, presenting a fusion of Jamaican culture. And, of course, there are many laugh lines.