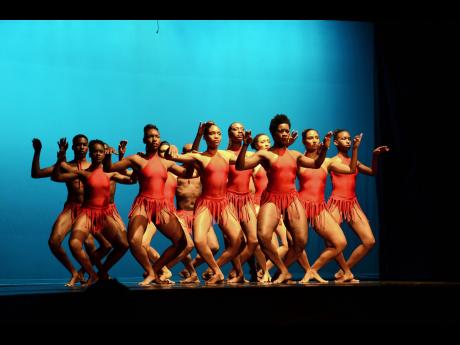 Contributed
The NDTC dancers paying tribute to the company’s late co-founder Rex Nettleford with the Troy Douglas dance, ‘Unscathed’, at a recent celebration of Nettleford’s life, hosted by the Rex Nettleford Foundation at the Little Theatre. 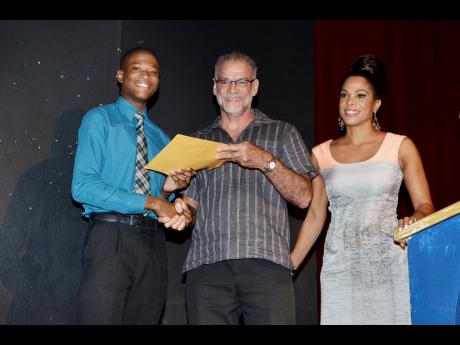 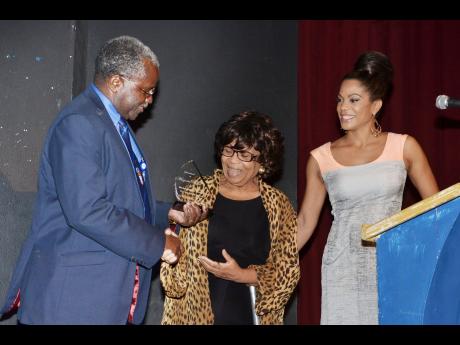 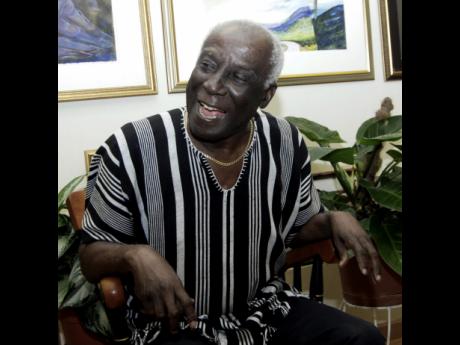 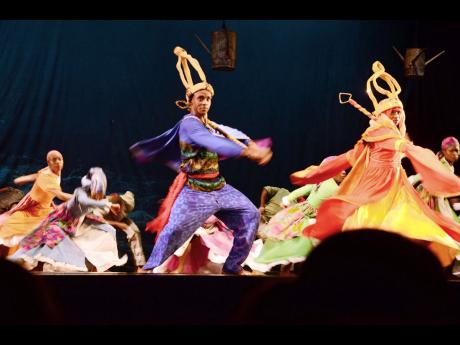 Scores of guests, invited by the Rex Nettleford Foundation, poured into the familiar home of a dance company steeped in the history and creativity of a man who brought out the validity of the power of Caribbean culture through dance.

In his opening remarks on behalf of the foundation, former Prime Minister P.J. Patterson reminded the audience that it was established in 2010 to preserve the intellectual brilliance of Professor Nettleford. He pointed out that this was being achieved by supporting scholars and programmes that promote the strengthening of West Indian society's development through research, community service and intellectual excellence.

"To this end, the foundation has been working to identify students who exhibit the promise of the extraordinary talents of Professor Nettleford. It will assist in their development so that they, in turn, can contribute to perpetuating his incomparable legacy in the world of dance, culture and academia. In these areas he has left an indelible mark," Patterson said.

Scholarships were presented to Patrick Pinnock, 2015 head boy of Cornwall College, for exhibiting "the promise of Professor Nettleford". Kemar Francis, a student at the School of Dance, Edna Manley College of the Visual and Performing Arts, received the JNGI/Rex

Receiving a special award was musician Marjorie Whylie, retired director of music for the NDTC Singers, for her 50 years of dedicated voluntary service.

Among the dance tributes performed by members of the NDTC were 'Six', choreographed by Shelley Maxwell; excerpts from Arsenio Andrade Calderon's 'Dimensions' and Troy Powell's 'Unscathed'.

Ending the evening on a high note was Rex Nettleford's signature piece 'Kumina', superbly brought to life by Marlon Simms (who is also the NDTC's assistant artistic director) as the Kumina King and Keita-Marie Chamberlain as the vivacious Kumina Queen.

In an excerpt from a literary tribute to Nettleford, the foundation described him as the quintessential Caribbean man, grounded in his culture and history, rejoicing in its richness and texture, astute to its frailties, and passionate about its preservation and celebration.