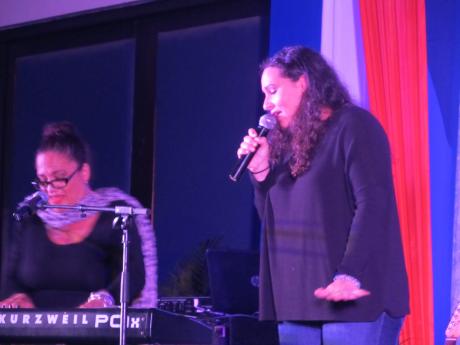 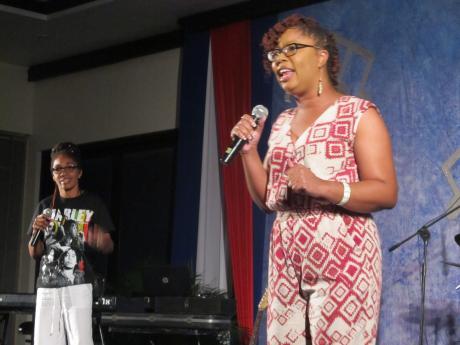 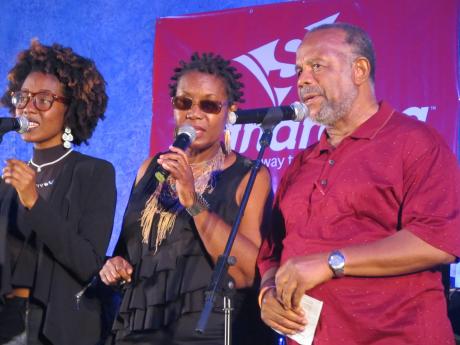 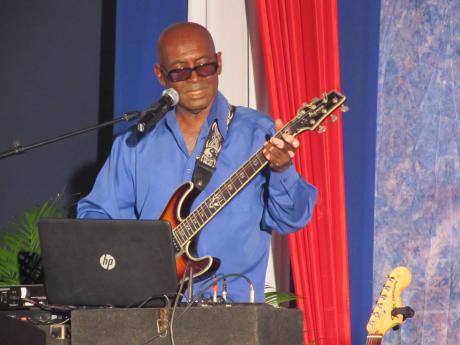 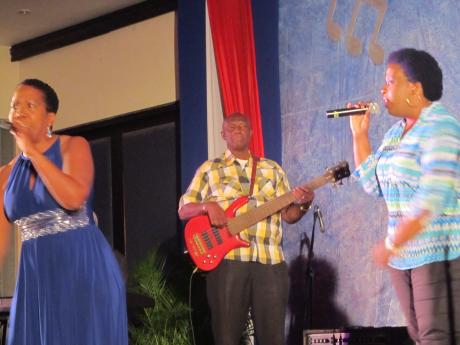 When Ken Nelson asked Rosina Christina Moder to perform on the November 2015 edition of Jazz in the Gardens: Jazz Divas, she declined the invitation and told him that she would only perform if he put on a show with musical families. Nelson took the idea.

The wives were excited, but not their husbands. It took one who wanted peace in his home, to capitulate, thus producing a domino effect.

On Sunday, in spite of the inclement weather that forced the organisers to move the show indoors to the Grande Ball Room of The Jamaica Pegasus hotel, there was a large turnout. And they were rewarded with good entertainment.

MC Michael Anthony Cuff got the programme going with his usual humour-filled chit-chat. But it was the Couch family of three - wife, Susan; husband, Peter; and, daughter Sarah - that got the musical treat going. Peter on keyboard, and Susan doing double as a keyboardist and vocalist opened their set with an original, How Sweet the Night. Sarah joined them soon after with another original, a love song, titled Waiting.

Brothers, Floyd and Ritchie Foulkes, preceded the father-and-son pair, Norman and Rasheed McCallum. Both added to the performance value with a song from Floyd's favourite singer, If I Could Change the World, by Eric Clapton. The McCallums on guitar played three songs. Two were dedicated to Rasheed's wife, Regina.

After intermission and remarks from one of the executive producers, Nancy McLean, Pam Hall and family made their way to the stage. Following S'Vone's fine delivery of, At Last, a nervous brother, Trevor Hall, was called to the stage. It was obvious that Trevor could hold his notes with songs like, Let It Be Me and Nat and Natalie Cole's, Unforgettable. But it was his very noticeable discomfort at being under the spotlight that caused laughter.

The Ashbourne family band of four was next. Father, Peter, on violin; mother, Rosina Christina, danced; and their sons, Jeremy on drum and Joel on keyboard, entertained. Subsequent to their opening piece, they paid homage to reggae month with Bob Marley's, Redemption Song. And the talented musical family closed their set with a medley of Jamaican folk songs, but not before delivering Peter's jazz selection, Hard Drive.

Of the six families, the Jacksons were the last to make their way to the stage. Led by mother, Karen Smith, accompanied by husband, Jackie, on bass, she gave a splendid delivery of Our Love Is Here to Stay. Before calling daughter, Courtni, to render Sweet Love, Smith along with Peter Ashburn (who composed the song) thrilled the audience with Wings of Hope. Jackie's contribution to Jamaica's music was also highlighted with a fine rendition of By the Rivers of Babylon, while mother and daughter delivered The Harder They Come.

While the musical family had the audience singing along, it was the Natural family of the spoken words that had patrons laughing out of their seats. Mother, Cherry, opened their account with a social commentary, Stop the Madness. And after daughter Little Natural, performed her poem and made her exit, mother Natural supplied lyrics of love and advice with A Warrior's Love Poem and her encore selection, Compatible.

In closing the popular jazz show, Pam and S'Vone returned to the stage to join Karen and Courtni in paying tribute to the recently deceased Winston Blake. Prior to the four ladies singing Love Me Forever, Pam said the passing of Blake and his wife (who had passed on before) "has left a big, big hole in the music business, but we still love them".

The next concert in the series, Jazz in the Gardens, is scheduled for Sunday, May 1.