Love songs after the rain 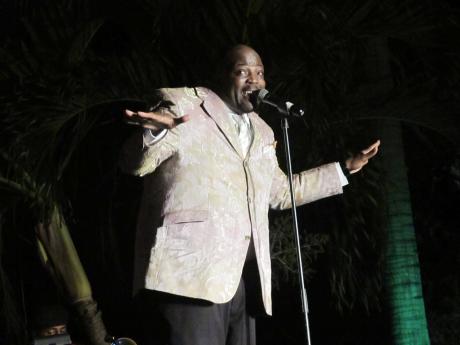 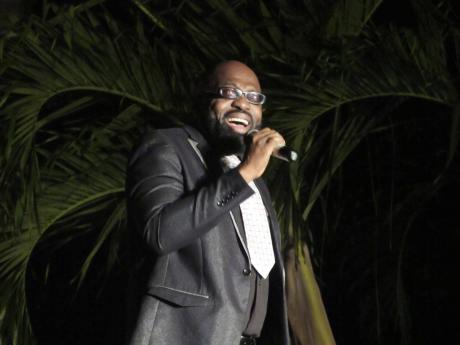 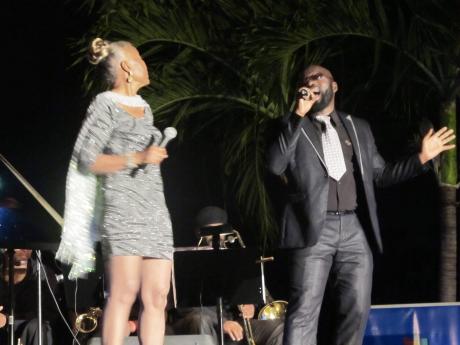 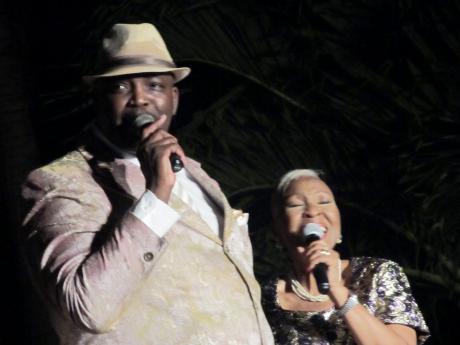 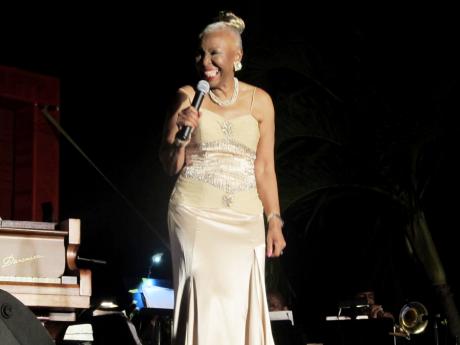 For its sixth annual staging on Saturday night, the Simply Myrna concert was moved to the lawns of Devon House at the corner of Waterloo and Hope roads, St Andrew. But while the venue offers an open-air, idyllic setting, it is vulnerable to weather conditions. And it was, for the organisers, undesired conditions that marched into town from around midmorning. Heavy with moisture, the clouds released their excess, the historic venue among the areas in the downpour's path.

No doubt, the organisers of Simply Myrna were anxious.

However, when it got going a little after 8 p.m., the stars hidden by less threatening clouds, there was no evidence of the preshow angst. With most of the chairs occupied, Hague and her guest artistes, Richie Stephens and Harold Davis, countered the wind chill with engaging and energetic performances of mainly love songs from various genres.

As is customary, the concert began with the arrangement of Jamaica's National Anthem by Hague's late husband, Sonny Bradshaw. This was followed by the ideal opening song from Hague, Music of the Night from the musical The Phantom of the Opera.

For this selection, she was attired in a full-length dress, specifically designed in the musical's style. The atmosphere was complemented by Hague wearing a half-mask and two candelabras with lit candles placed on either side of the stage, which projected into the audience area. Completing the dramatic flair was Hague's entrance from the historic Devon House, as she walked through the centre aisle of the audience and on to the stage.

Later, when Hague's trademark style of meandering through the audience encountered challenges from her high stiletto shoes, she ditched them, while maintaining her grace and class.

"It's about love ... It's about giving people something to feel good about, no matter what problem they may be having at home or at work." Hague said.

Davis, who also entered from the audience area, reinforced the love theme with his vocals and playing the grand piano and keyboard. He played Satta Massagana before singing what he described as "the best written love song", My Love. Davis also did a medley of songs from his 2014 album, which pays tribute to a number of Jamaican performers.

The multitalented, tall, burly Davis closed his set with I Don't Want to Lose Your Love, singing with Hague, who was wearing a different outfit after the second of four wardrobe changes.

The second segment of the show began with a presentation to Dr Pauline Campbell of McCam Child Development Centre by former Governor General Sir Kenneth Hall who, along with his wife, Lady Hall, patrons of Simply Myrna. Another presentation was done later to Marjorie Whylie, a board member of the Sonny Bradshaw Foundation. Both organisations are beneficiaries of the show.

Hague treated the receptive audience to songs such as Falling in Love and delightful jazz version of the folk songs Tell Mi Mammie Doan Send Mi Down Deh and Fi Mi Love Have Lion Heart, arranged by Whylie.

The dapperly attired Stephens was perpetual motion as he delivered songs Trying to Get to You, By Your Side and Take Me Away. Myrna returned to join Stephens in closing his set with a duet. Clad in a shiny mini-dress, Hague brought the curtains down on Simply Myrna 2016 with Tina Turner's Simply the Best.

For the first time, Simply Myrna will be heading to Fort Lauderdale, USA, in April. Other concerts are on the itinerary, but the dates have not yet been confirmed.