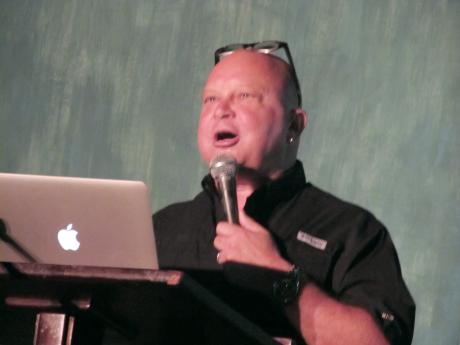 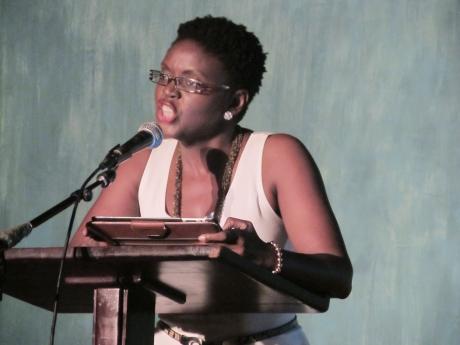 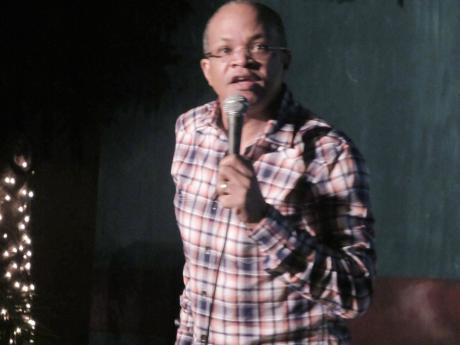 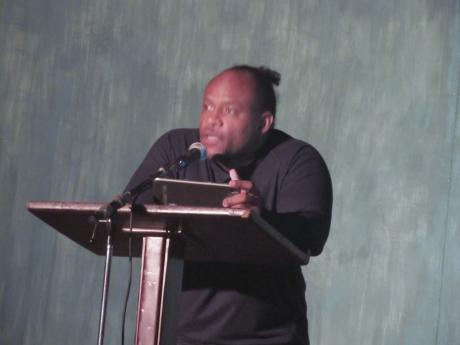 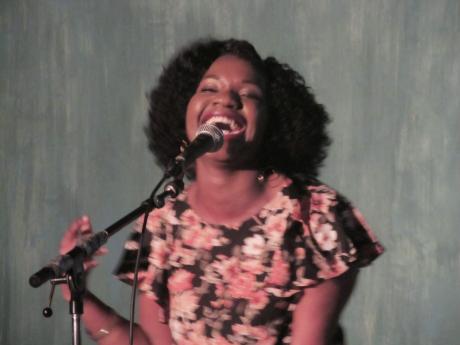 The second chapter in the Kingston Book Festival (KBF) 2016, Late Nite Lit, was opened on Thursday against the backdrop of a sky sprinkled with winking stars and nodding mango trees.

From the pages came profound life lessons and alluring social commentary immersed in strong doses of laughter-rich poetic and dramatic language. The words were artfully delivered by its creators. And, for the patrons, it was an enjoyment.

"I enjoyed the show. The doctor - the gynaecologist - was fantastic as was the excerpt from He Said, She Said," Jessica Bardill, a visitor to Jamaica told The Gleaner. Her interest in the show was piqued by Love Affair with Literature, another of the KBF week of activities.

The adult-content event, however, began with Mel Cooke guiding the proceedings. He kick-started by advising, "This is big people things, but relationship between people is not the only thing we have on the menu for tonight. We will be exploring a lot more than that." He followed up with a reading of his poem Not Giving Enough Head, then he called Karen Carpenter to the lectern.

The sex and relationship therapist, after announcing that Redbones, the venue, was her stomping ground, read two excerpts from her book, Love and Sex: The Basics. The first excerpt, It's a Jungle Out There, examines the human attraction and reaction to smell, while Fling or Long Term Thing, the second reading, placed the spotlight on challenges faced in partner selection. She followed up with two poems that she really enjoys.

Cooke returned to not only introduce Andrew Stone, but to share another of his poems, House Cleaning for Wendy, a tribute to his wife.

And Stone, from the get-go, was engaging in his "conversation". After what he perceived to be a weak response to his greetings, he had everyone's attention with, "Let me tell you a secret. As a poet and a performer, I not only depend on the sound of your voice to know that you are there, I also depend on your applause to know that I am here. And so a little clue, there are pauses inside of a poem (and) we must judge the length of the pause to know when the poem done." With that little house-cleaning matter out of the way, he commenced his stint with the poem Eating Out, followed by an ode to women in Papine Market, before closing with The Offer.

Up next was gynaecologist Dr Michael Abrahams. He began with his familiar social commentary poem, We Need Some Heroes, chased by a verbal warm-up on politicians, local and international. And when he began the satire on his profession, the audience was ready to receive it. Intoxicated by humour, he could say nothing wrong, and the laughter piled up with the telling of the odd times in which he writes his poems and others too graphic to share via this medium.

Kenesha Bowes got the audience tuned in to the dramatic revue He Said, She Said. Her performance of the soliloquy, I Take Myself, was well received.

After intermission, there was more from the Owen 'Blaka' Ellis-directed Vaudeville. Included was the title scene, a comical look at the difference in reaction between men and women to the same situation.

Tony 'Paleface' Hendriks was the curtain closer. He got going with some 'cloths' borrowed from the Jamaican colloquial lingo to present characters from his one-man show, Brixton Words Portrait. The monologues revealed not only innocence, deception, and frustration, but very colourful characters. And the international comedian ended his act and the Late Nite Lit with the brightest coloured character of all in Dis Fellow.

Also on the programme was a reading from Tanya Batson-Savage, who painted word-pictures, too, of some entertaining characters from her prose, Ruth and Bible Leaf. Batson-Savage also wore the hat of president of the Jamaican Writers' Society, organisers of Late Nite Lit (in association with the Jamaica Book Industry). Among others, she highlighted that her society represents writers of all forms and so the 2016 staging of Late Nite Lit was designed to capture this inclusiveness. It served to showcase literature as "an adult ting that is sexy, cool, and fun". And, in a sense, Redbones the Blues CafÈ, with its laid-back "vibes", complemented this notion.