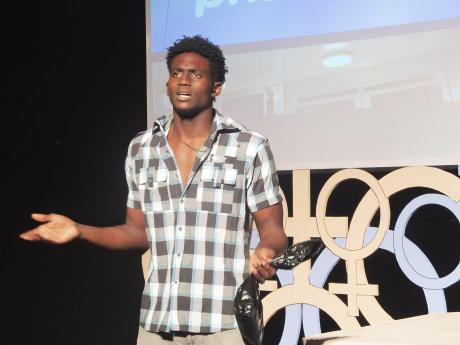 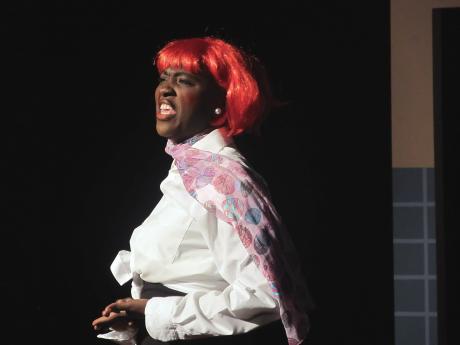 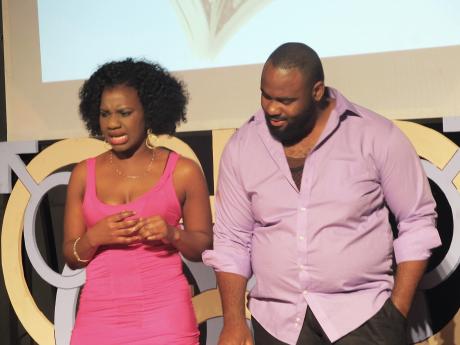 Marcia Rowe
Keniesha Bowe’s and Matthew Boyd in ‘I Said No’. 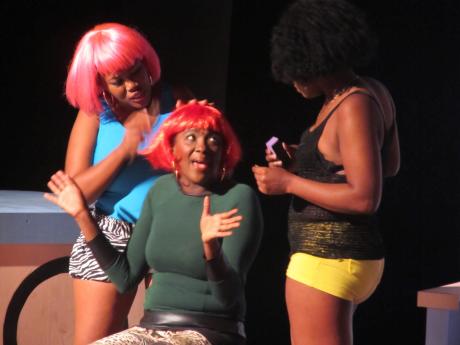 Created and directed by Owen 'Blakka' Ellis, He Said, She Said is a social commentary on the unthinkable in relationships. It is also a patchwork of short tales unfolded through dialogues, monologues, singing, and dancing by a talented cast, all under the guise of a tapestry of rib-tickling laugh lines and well-timed actions, complemented at times by some arresting costumes.

The comedy comprised songs and dramatic pieces in which Ellis, along with his associated writers, presented the theme from various viewpoints with resounding success. Among the standouts were Shanan Mullings' monologue Hot Bun, Boosted Up, and I Said No; the rather entertaining Joan Andrea Hutchinson's song Aria Sketelana (and justly delivered by Grant), Chrystal Coles' One Time and He Said, She Said; and Ellis' Lillian and Rebecca, Vex, Ode, and Me a Di Man #3.

As expected, the cast played several roles throughout the production, and they must be commended for not only creating characters through costumes, but for their commitment to doing so physically and vocally.

Grant was the leader of the group. She was exceptional as the wandering neighbour in Hot Bun and marvelous as the elderly Lillian. Bowes, too, was impressive as elderly Rebecca and the contrasting young lady in I Said No.

Boyd and Edwards also gave great performances. Boyd was convincing as the novice at the club, while Edwards' most convincing role was as Mark in Performance on Demand. McFarlane came into his own in One Time and Me a Di Man #3

But while the cast did a marvelous job of creating their many roles in short periods of time, it was not so at the start. In fact, the opening song, followed by Me a Di Man #1, delivered by Boyd, were somewhat lukewarm.

Also, in moving his cast, Ellis did a fine job. The many entrances and exits demanded by the scenes worked quite well. However, he seemed to have found the well-constructed Michael Lord-designed set cumbersome.

This was evident in the not so cohesive changing and use of the set for some scenes as well as the transition from one setting to the next. And there were a number of settings, ranging from a street corner to a nursing home, that required set changes. On the other hand, the use of the large screen was effective, likewise the choice of costumes and makeup used to reinforce the various roles.

Overall, the production of He Said, She Said was very entertaining and it has a message, one that the producer hopes, will start a conversation. However, it is for the mature audience only - but not the prudish.