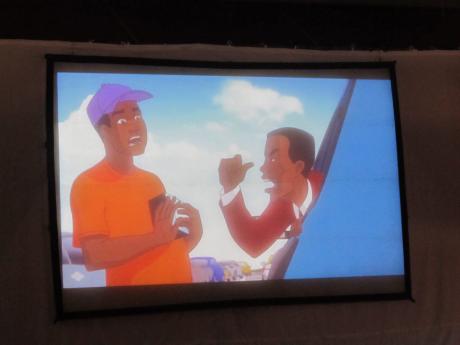 Marcia Rowe
‘The Legend of Wale Williams’ by Adewunmi ‘Roye’Okupe of the USA. 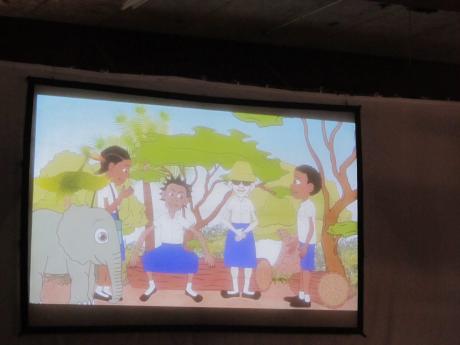 Marcia Rowe
‘We can Be’, by Rajab Semwata of the United Republic of Tanzania 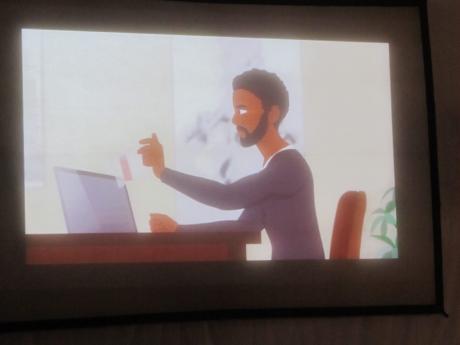 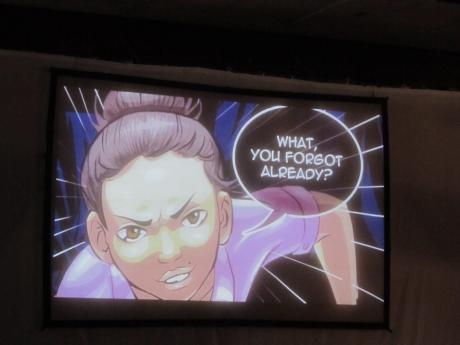 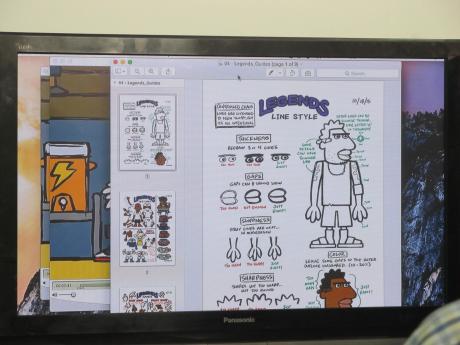 Marcia Rowe
A slide depicting some rules created by head animation animator, Brad Ableson. This was shown at the session: Achieving In-Studio/In-Production Benchmarks.
1
2
3
4
5

Moving from one session to the next, they traversed the campus of the Edna Manley College of the Visual and Performing Arts (EMC) to learn, develop, and showcase their creativity, as well as to network in a discipline that has become easily accessible.

"To produce animation has become easy for every talented guy or girl who has a computer with simple animation software" Antonia Morales, a speaker at the session dubbed The Age of Animation expressed in an interview with The Gleaner.

"Animation is everywhere; its trans-media; its multi-target. When I use my phone, there is always an application with animation, likewise, when I go to the movies, most of the Hollywood stuff are 80 per cent animation. The Internet is full of content, and storytellers are using animation for everything; architects use animation to cover their work; and there are amazing projects with mapping. Animation has become not only a business, but it is everywhere."

But it was talent and "the desire to tell a story", (according to Kenia Mattis, creator of Leagues of Maroons Motion Comic: The Beginnings) that were presented in the films selected and shown at one of the popular session, Film Festival Mini-Showing/Screening, shown in the Bert Rose Studio.

The International Short Films Category got the viewing going. There were eight in total, and saw entries from seven countries. Each film was an illustration of well-thought-out stories and defined children as super heroes with a mission to save their worlds. All delivered in stories that not only reflect the culture of the creators, but have strong melodramatic appeal.

Blokhedz, created by Mike and Mark Davis of the United States, tapped into their rap culture to generate a story with high drama. The underbelly of the music culture was also on the mind of Nigerian Sean Olatunbosun Sanyaolu in The Alingos, while also from the content of Africa, Rajab Semwata of Tanzania used his children super heroes to tackle absenteeism in schools in We Can Be.

Bajan, Curtis Padmore, though not from Africa, entered African Tales: The Hippopotamus and the Tortoise. The story tells not only why the huge creature got its name, but why it lives in the water and only comes out at night.

Kajeem Rowe was the lone Jamaican entry in this category, and the audience not only related to the two characters in Mental, but seemed to have thoroughly enjoyed the film that showed the making of two super heroes.

However, the most intriguing and innovative film in this category was Fruit by German's Gehard Funk. The film tells the story of creation through dramatic forms and figures, repeatedly splitting black and white, with an infusion of red.

The Caribbean Short Film category had four of the six entries being Jamaican: Coretta Singer with Tale of Shadows, Kevin Jackson with The Maroons, Robert Brown with A Link Between Pokemon and Mattis. Trinidad and Tobago's Danielle Blaize, with Dance of the Daring, and St Kitts and Nevis' Jordan Hendrickson with The Giving Tree completed the list. All were just as engaging as the creators explored environmental issues as well as a taboo subject.

In the International Student Films Category, there were six entries, two each from three countries: USA - Canned by Tanya Zaman, and Run by Taylor Mobley, Switzerland - Luna Steven's Desert Child and Fredriec Siegel's Ruben Leaves, and from Brazil - Hobby from Flavia Trevisan and Captain Zid by Gabriel Oliveria. There was no showing of the films in the Full Feature Films Category.

In addition to the film screening on day one, the event that was organised by the Ministry of Science, Energy and Technology in association with The World Bank and Caribbean Development Bank gave patrons a chance to share in the launch of the CXC CAPE Digital Animation and Game Design Syllabus, who learnt an easier way to create a storyboard from veteran Brad Ableson in the session: Achieving In-Studio/In-Production Benchmarks. They also participated in another interactive session dubbed Dance + Animation Display, presented by a team from EMC.