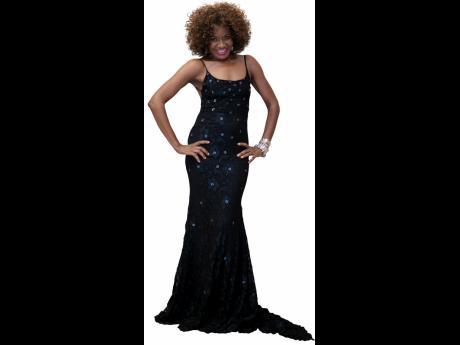 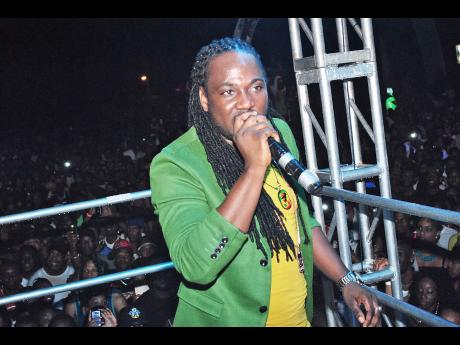 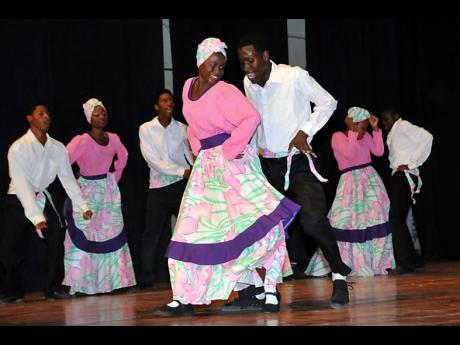 The McCam Child Care and Development Centre's 30th anniversary celebration will be held on Saturday, April 9, at the St. Andrew High School Auditorium, 10 Cecelio Avenue. The benefit concert is being held under the distinguished patronage of Mr. Earl Jarrett, CD, Hon., LL. D, JP. At 6 p.m. patrons can mingle and enjoy the sumptuous cocktail hour provided, before showtime at 7 p.m.

Performing will be songstress Gem Myers, Ernie Smith, Jon Williams, Fab 5 Band and the Immaculate Conception Steel Band. Patrons are being invited to stay after the concert and dance to the music of the Fab 5 Band.

The McCam Centre in the quiet Hope Estate area of Papine opened three decades years ago to provide a unique environment, where children with special needs and those without get equal opportunities for an education.

According to the centre's Dr Pauline Watson-Campbell, the concert is one of the fund-raising initiatives being held to help balance rising operational costs and to prevent, as much as possible, these costs from being passed on to parents.

Contribution to the benefit is $3,000. Tickets are available at Music Mart and the McCam Child Care and Development Centre. (GEMMYERS..)

Having hit the ground running in 2016, I-Octane has new singles, his own recording studio has been completed and he is busy preparing for a number of shows, including a concert series in the UK in May.

He said "my studio is finished and I am eager to get in there and start making music. As an artiste, I have a duty to give back and to record young artistes in the same way that producers recorded me when I was a no-name artiste. Also, it is time for me to start owning my masters. After 10 years of recording songs which I don't own a percentage of, it is time for me to get really serious about that aspect of my career."

In addition to No Badda Dan Jah, he has released the singles No Shaky Link (Money Boss) and My Struggle, the second single from his upcoming DJ Frass-produced EP.

I-Octane is looking forward to a number of shows, including Legends Of Reggae which sees him rubbing shoulders with Freddie McGregor, Marcia Griffiths and Junior Reid from May 27 29 in Bradford, Birmingham and London in the United Kingdom.

Last year, JN Small Business Loans successfully staged its first Barber and Beauty Challenge and Expo. The event showcased the skills of barbers and hairdressers who undertook challenges over four rounds, with Sly Scott and Lakayda Brown being declared champions for the barber and hairdressing sections, respectively.

This year the JNSBL Barber and Beauty Battle and Expo returns with two additional sections. In addition to the barber and hairdresser sections, there will be competitions for make-up artists and nail technicians.

Miss Kitty will be the host of this family event of fun-filled competitions. Patrons will also have the opportunity to receive free makeovers and samples of nail and hair products, as well as be treated to a fashion show, while watching 26 barbers, hairdressers, nail technicians and make-up artists battle for a chance to win their share of a $2.4 million cash prize.

This year's JN Small Business Loans Barber and Beauty Expo will be held at the National Indoor Sports Centre on Sunday, April 10, from 10 a.m. 6 p.m.

The Jamaica Cultural Development Commission (JCDC) has dedicated April to the arts, hosting its annual Festival of the Performing Arts National Finals from April 5 to April 29. Performers from across the island will compete for a chance to take home a national title in Music, Traditional Folk Forms, Speech, Drama and Dance.

Performances will be held daily at the Little Theatre, Tom Redcam Avenue, beginning 10 a.m. and the public is welcome to attend. Tickets are available at the gate. Adults will pay $400 and children $200. There is also a special group rate.

The 2016 edition of Drumfest, a purely percussion event, will be held on Monday, April 11, at the Louise Bennett Garden Theatre, 36 Hope Road, beginning at 4 p.m.

Finalists have the chance to win attractive prizes including cash incentives, trophies and gift packages courtesy of the CHASE Fund, in addition to the opportunity of performing at national and celebratory events, as well as private functions.

Special cash prizes and awards will also be given by sponsors Nestle Jamaica and the National Health Fund.