JMTC, David and Friends 'Crown Him' In Concert Series 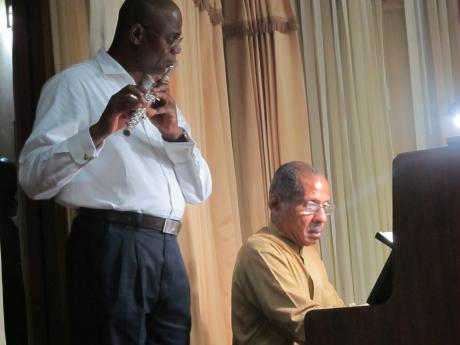 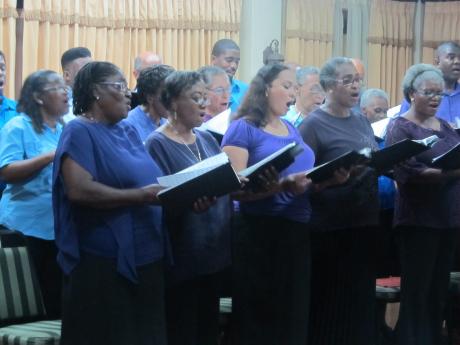 It was indeed magical moments for the organisers when the seats of the Alhambra Inn in Kingston began to fill up, in spite of the inclement weather. And the reward for those who attended was a serving of rich and beautifully composed music, from Europe to the Caribbean, performed in the show's mantra - Crown Him: The Easter Concert, with David and Friends.

David Reid's friends comprised of a wide range of experienced and talented vocalists, and two just as fine musicians - Jamaica Defence Force band master Albert Shaun Hird and Archie Dunkley for accompaniment. Christine MacDonald Nevers, who undertook the rehearsals, and on Sunday, conducted the assembled choir, provided some behind the scene details.

"It was David Reid who just reached out to a number of his friends whom he sang with over the years, from different groups, so that is how this David Reid and Friends came about. And for the past four concerts I have been organising the groups as David has moved to St Elizabeth. But because we have so much fun, and everybody who does it really enjoys the music, we look forward to it."

Reid, who for the most part sang with his friends, was grateful and expressed his gratitude especially to MacDonald Nevers. He did so before, delivering a strong solo performance of an old song, Great and Marvelous, towards the end of the second half of the programme. He was accompanied by pianist, Audley Davidson.

Not programmed, Hird was the surprise guest performer, and he gave the only non-vocal item on the musical entree, with Bring Him Home, on his flute.

The Easter Concert opened with an appropriate choice - J.H. Maunder's composed The March to Calvary. Two songs later, they performed a moving rendition of the Jamaican, E. levy's composition of The Lord's Prayer.

And on a programme with each of its item carefully placed to capture a journey of crucifixion, resurrection and celebration, David's friends, who are sopranos and contraltos, were entrusted with the task of delivering A Paulsson's composed Deep River. And they did so with fervour.

Not too soon, but fittingly, the fine afternoon of relaxation concluded with the O. Young-arranged Crown Him with Crowns. And whether they were attending the event for the first time or not, the afternoon's offering was very enjoyable.

Other concerts in the series are scheduled for May 1, and June 5, at the same venue.