Richie Stephens to headline One Love Jamaica Festival in Japan 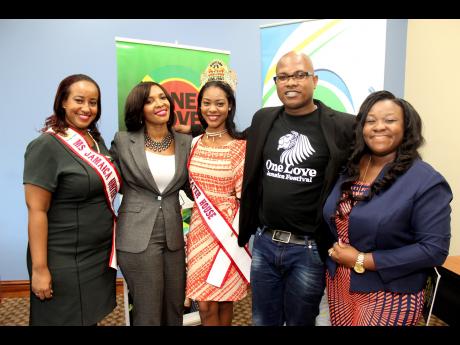 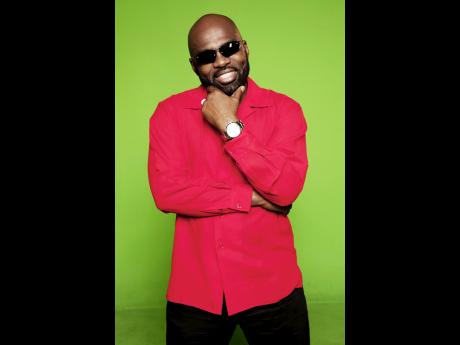 The annual One Love Jamaica Festival, which promotes and explores the deep-rooted history in the Japanese's love for reggae music and culture has been officially launched for this year.

Filling in for the Honourable Olivia Grange, minister of culture, gender, entertainment, and sport, was Dr Janice Lindsay, principal director of culture in the ministry's creative industries policy division. She gave the address at the recent launch.

"One of the greatest compliments that a country can receive is when the world embraces its culture as its own. Without a doubt, Japan has embraced the Jamaican culture and thankfully, we have been gracious in that acknowledgement," said Lindsay.

The One Love Jamaica Festival was held for the first time in 2004 to commemorate the 40th anniversary of diplomatic relations between Japan and Jamaica.

"I think it is noteworthy that the friendship (between the two countries) is as old as independent Jamaica itself," said Lindsay.

While the festival showcases Jamaica's indigenous music, it also invites purveyors of Jamaican culture to extend the experience. Dr L'Antoinette Stines fervently relived her own experience at the One Love Jamaica Festival media launch in telling of a trip taken with L'ACADCO dancers, who performed at the festival in 2014.

"I wish it could happen everywhere in the world," she said, expressing marvel at the keen attention paid by foreign musicians, which allows them to accurately reproduce authentic Jamaican music. "I hear bass. Then I hear repeater, and then I hear stones, and I have to wonder, is which Rastaman that on stage?" she recalled when she finally managed to get a look at the stage, stunned that it was filled with Japanese musicians.

The Jamaican community in Japan also joins in the festivities, volunteering lessons to the festival's patrons in teaching creole and dance. Volunteers are also among the organisers themselves, who are currently seeking donations of brass and woodwind instruments for the benefit of Alpha Boys' School. With the assistance of Peace Boat, a Japan-based international non-governmental and non-profit organisation that works to promote peace, human rights, equal and sustainable development, and respect for the environment, the instruments are expected to arrive in Jamaica in October after it makes its next voyage to the Caribbean in August.

The One Love Jamaica Festival is also offering one person a trip to Jamaica worth •100,000 through its essay competition. Entrants (restricted to Japan) will be asked to discuss the way in which dancehall and reggae music can be used to positively affect the Jamaican music industry and its youth.

According to Gregory Arnold, president of the One Love Jamaica Festival, most performers booked for the festival over the years have been from various countries in Asia. L'ACADCO is just one of the few local acts to appear on the festival line-up, and Arnold seeks to invite more Jamaican-based acts. This year, Richie Stephens and the Ska Nation Band are slated as headliners, along with foreign acts like Ackee & Saltfish, Papa U-Gee, and Rankin Taxi & Taxi Hifi.

Shante Gapour, who was last year crowned as the first Miss Waterhouse, sponsored by Sanmerna Paper Products Limited and in partnership with the One Love Jamaica Festival, will be attending the festival as Jamaica's cultural ambassador.

"Jamaicans have benefited significantly from this partnership, especially in the area of culture, and we will be ensuring that there is convergence and seamless linkages among the portfolio areas to help broaden partnerships well beyond culture," said Lindsay at the recent media launch.

This year, the One Love Jamaica Festival will be held on May 28 and 29 at Hibiya Park in Tokyo, Japan. It is supported by the Embassy of Jamaica in Japan, the Embassy of Japan in Jamaica, the Jamaica Tourist Board, the Jamaica Information Service, Red Stripe and Appleton Estate, CARICOM, and Peace Boat.