Jazz in Cabaret a resounding success 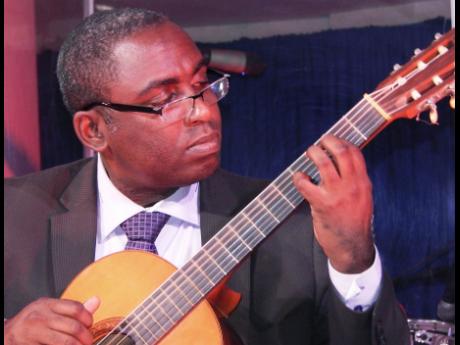 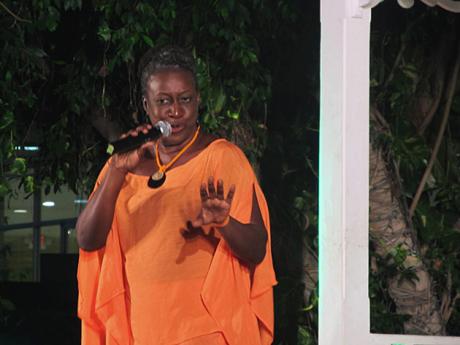 For the most part, their names do not come readily to the lips when one thinks of Jamaican musicians, but after the recent staging of Jazz in the Gardens 'A Feast for the Senses', for those who were on hand to experience their performances, they will not be forgotten soon.

Endorsed by fine weather, the latest edition of the jazz show under the umbrella Jazz in Cabaret began promptly at six.

The late arrivals did not experience the appetizing musical treat from Desi Jones and Friends. They, no doubt, were more than happy to be on hand for the Rod Stewart passion from vocalist Miguel Anthony.

With aplomb, the young vocalist made his way from stage left unto the flat stage covering a section of The Jamaica Pegasus Gardens as a relatively unknown artiste. But soon, all that changed as he had the audience rocking with a fine rendition of Stewart's Rhythm of My Heart. Then he followed it up with She's Still Loving Me. He claimed his place in the musical arena with his positive and uplifting original that addresses violence, Jah Jah See and Know.

As the programme progressed, a pattern emerged: vocalists alternated with instrumentalist. After Anthony, guitarist Seretse Small was called to the stage by sitting-in MC Vernon Darby.

Small's experience as a musician and composer was on full display in his three original selections. Each was preceded with background information, the source of his inspiration.

Before introducing the audience to his first original selection, in an emotionally tumultous piece, which stemmed from the poem Late Night Desire, Small thanked the late Sonny Bradshaw for developing his jazz skills.

The second original was the more cheerful-sounding, Dancing in Di Grass. And his plan to close with Kas Kas, an uptempo calypso beat, in tribute to his dad, was aborted by a recall to the stage. He delighted the fans with Bob Marley's No Woman No Cry.

Vocalist, and the lone female, Christine Fisher closed the first segment of the programme. Among the songs she rendered were Wade in the Water; Randy Crawford's When I Get Over You, dedicated to "all survivors"; and Tracy Chapman's Gimme One Reason.

Former Digicel Rising Stars winner Verlando Small later took the stage, his music doing most of the talking, as he once again reminded Jamaica why he was able to walk away with the coveted title.

The saxophonist delighted the audience with Marley's Waiting in Vain and his favourite, All Night Long by Lionel Richie. He did so with accompaniment from keyboardist Christopher Wright, guitarist Chris Campbell, and bass player, Carlton Jarrett.

However, the most captivating moment of Verlando's set was when he asked Wright to make his keyboard talk.

And surprisingly, he did. The Gleaner sought out the young and very talented musician for an explanation.

And the recent graduate of Edna Manley College revealed that the keyboard was able to talk through an electronic programme.

Impressively, it was the first time he had actually used it. From the mastery he displayed, no one would have guessed.

So it was in the beginning, so it shall be in the end.

The last solo act of the evening was another vocalist, Dimario McDowell. He took the audience back into the days "when lovers were lovers". He did so with the Nat King Cole classic, Unforgettable.

The entertaining programme was boosted at the end when the trio known as Pakage, joined the performers on stage with the closing selection, Jammin' by Bob Marley. The next Jazz in the Gardens is scheduled for June 26, 2016.