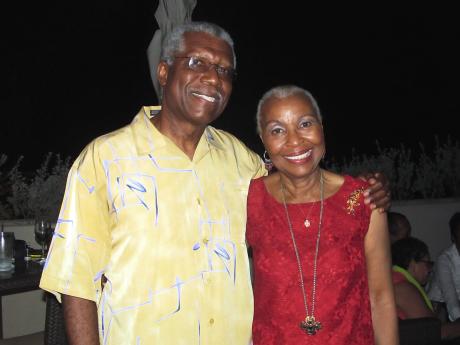 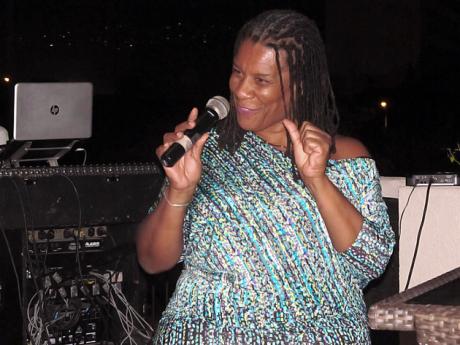 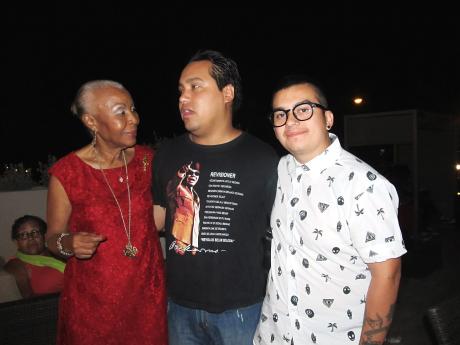 It was an ideal start to what promised to be an entertaining week of jazz festival. Invited guests gathered to meet and greet by the Courtyard Marriott Hotel Poolside for the Meet the Stars Cocktail Party over the weekend. The party was the precursor to the week-long scheduled events of the 26th staging of the International Ocho Rios Jazz Festival.

Against the picturesque background of a swimming pool and the lush green Emancipation Park below the New Kingston-based venue, was more than perfect. The well decorated spacious setting allowed patrons to chit-chat, and eat, while Gladdy's Wild Bunch Disco added more than fanfare to the relaxing atmosphere.

Eugene Grey, Lederiam Morales and Emmanuel Cisneros of the Mexican band Filulas Jaz, were among the stars of the Jazz Festival presented at the party.

The Jamaican born and Rusea's High School graduate Grey, will be the presenter at the Jazz Workshop/Seminar, scheduled for June 1, 2016, at the Mico University. His band will also perform at the culminating concert at Hope Gardens. At the workshop, Grey will be presenting some of his three years research on The American Roots of Jamaican popular Music.

"Now what that entails is, it chronicles the history of Jamaica's music from the 1940s right up to the present. So the programme begins with mento and I talk about people like Lord Flea," he told The Gleaner.

Grey said his "edutainment" will be a demonstration in songs. It will include a brief history on the start of mento music, the instrument used along with the songs, as well as information on Jamaica's first music super stars.

"Then I will get into the American Shuffle; that we modified and call it ska. So we will look at music by Louis Jordan and 'Fats' Domino, Frankie Ford. I know there are more but we have narrowed down things for the sake of the programme."

The Filulas Juz band has been together since 2012, and they recently completed their first album. And keyboardist Emmanuel Cisneros, who is on his second trip to Jamaica, explained that this round they are looking forward to interacting with more Jamaicans.

"We want to be promoted in other countries and it is a special opportunity to be able to share our music here," he declared in a strong Spanish accent.

It is drummer, Lederiam Morales' first time in Jamaica and he said they were just happy to be in Jamaica, just to play and have fun with the audience.

"We want you to expect fun and dance from Mexico" and patrons will be treated to their "special mix of hip hop, rock and jazz music," he said.

The band will be performing at the two Ocho Rios public concerts and the closing concert at the Royal Botanical Hope Gardens. They are scheduled to perform at the Portland leg of the festival and at the Mexican Ambassador's event.

The evening affair also, saw Myrna Hague giving a brief welcome and thank you. She reminded the guests of the week-long itinerary - the first public event being the Jazz Cruise, which departed the Kingston Harbour on Sunday, and the culminating event, the Jazz Concert on June 5.